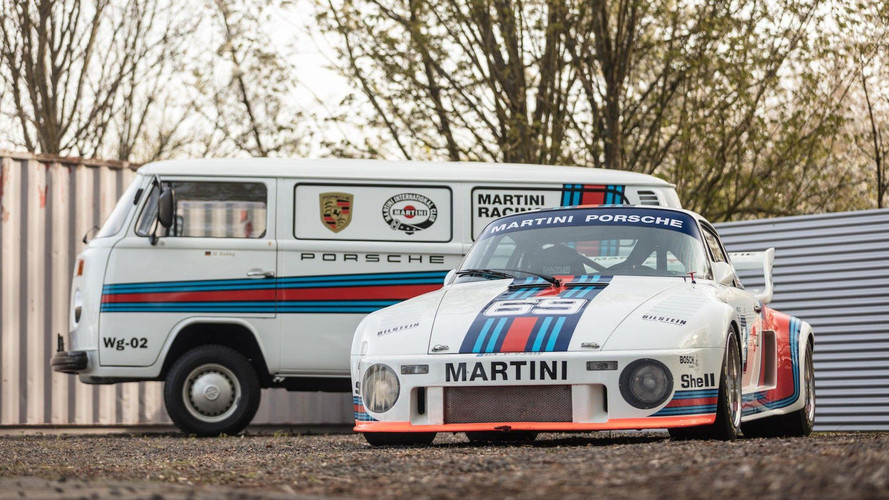 Few things are as desirable as a classic Porsche race car. At the upcoming Bonham’s Spa Classic Sale, not only do buyers have the chance to bid on this stunning 935, but they can also take home the handsome transport van that goes along with it.

Part of a limited run of customer cars built for the 1977 racing season, the Porsche in question took home a first place finish at the Hockenheim piloted by famous Porsche enthusiast Kremer of Cologne, Germany. The car’s second owner, Edgar Doren, continued the 935’s racing success, taking part on the 24 Hours of Le Mans multiple times where the team received a number of accolades, including a class win in 1988.

Under the hood, the original 2.8-liter engine remains, producing 315 horsepower (234 kilowatts) when new. The same factory lightweight body panels and aerodynamics are also still in tact, having gone through a number of light restorations throughout the lifetime of the car.

The T2 transport van, meanwhile, only saw three races in its short lifetime, the International ADAC-Eifelrennen at Nurburgring, the Flugplatzrennen, and the 4th ADAC-Rundstreckenrennen at Diepholz Airport in Germany. Its racing career was retired soon after that, but it remains an interesting vehicle nonetheless.

The two were purchased in 2006 by a professor named Michael Rudnig, who would use the duo in a number of historic races, including the 2008 AvD-Oldtimer Grand Prix at the Nurburgring, as well as the 2007 FHR-Langstreckencup at Hockenheim. Now the two are set to change hands once again. Interested buyers can head to The Spa Classic Sale taking place at the Spa-Francorchamps circuit in Belgium later this month.