How "Love" Helped Kick-Start Subaru Sales In The U.S. 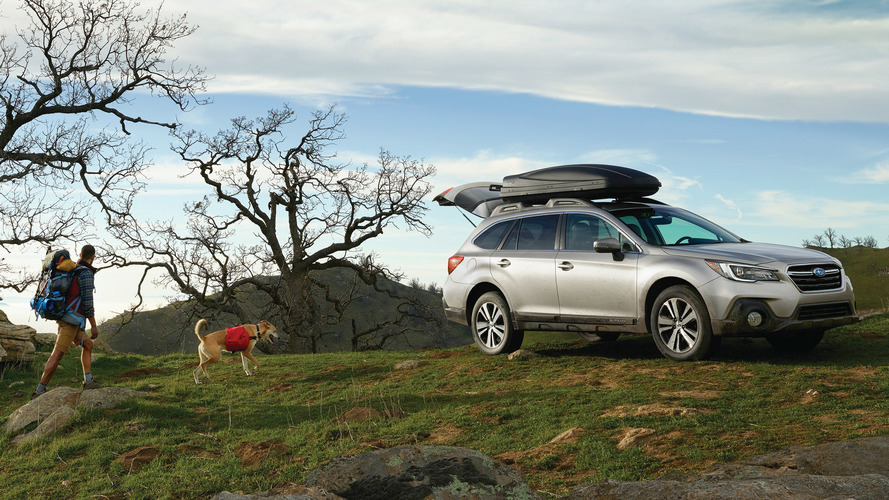 The now-famous ad campaign may have helped launch the brand from niche status.

From its arrival in the U.S. in 1958 through 2008, Subaru of America had never posted a better year than 201,000 sales. It was a niche player, with about 1 percent market share in the early 2000s. Since then, Subaru’s annual sales have tripled, to a record-setting 615,132 last year; the company is celebrating its 64th month of consecutive year-over-year sales gains.

Can it all be attributed to one ad campaign, and the tagline, “Love. It’s what makes a Subaru, a Subaru?” Alan Bethke, Subaru of American marketing vice president, makes a strong argument that the answer is yes.

After years of different ad campaigns with various agencies that had done little to push the sales needle, it was time for a change. Subaru named Carmichael Lynch its agency of record in 2007, and set out to ask customers why they weren’t buying Subarus.

"If you’d ask a Subaru owner what they’d think about the car, the vast majority of the time they’d always answer the same way. Their answer was, they loved it."

“Sixty-six percent of the people in this country that didn’t buy a Subaru did not because they weren’t aware of our brand at all,” Bethke says. “And if there were aware a little bit, they didn’t know enough to have a positive opinion to make this giant purchase make sense.”

Next Subaru realized it had to find out why existing owners did purchase Subarus. Typically the answers revolved around the things that the company had already put in its advertising: safety, build quality, all-wheel-drive traction, and so on. But one thing kept coming up and triggered a lightbulb moment for Subaru.

“If you’d ask a Subaru owner what they’d think about the car, the vast majority of the time they’d always answer the same way. Their answer was, they loved it,” Bethke says. “It didn’t really matter what they had or who they were. The one thing that really kind of made [owners] the same was that answer.”

So Subaru switched its ad campaigns from traditionally rational ones to emotional ones. The new tagline was, "Love. It's what makes a Subaru, a Subaru." Whereas Subaru ads of yore focused only on safety, build quality, and the benefits of all-wheel drive – logical arguments for buying the car – the “Love” campaign focuses more on the emotional, tug-at-your-heartstrings reasons for trying a car. There were commercials showing groups of friends going on camping trips, families handing down cars to their children, and so on. The result? Car shoppers ended up with a much greater interest in Subaru.

“The effect of the idea on these people is dramatic,” Bethke says. Among people who had seen the “Love” ad campaign, “Awareness [of Subaru] goes up 27 points, familiarity triples, excellent opinion goes up 400 percent.”

More importantly, sales boom. There’s a notable leap in sales every year after 2008 – and Subaru likes to note that those are mostly retail sales, with few sent to rental fleets.

Among people who had seen the "Love" ad campaign, "Awareness [of Subaru] goes up 27 points, familiarity triples, excellent opinion goes up 400 percent."

Of course, correlation does not imply causation; Michael McHale, Subaru of America director of corporate communications, admits that there were many other reasons for the brand’s huge sales explosion.

Still, there’s no denying that Subaru’s rise from niche player to mainstream contender – it’s the eighth best-selling brand in the U.S. so far this year – coincided with the new advertising efforts. Love, then, is at least part of what made Subaru a household name.

“This isn’t everything that did it," says Bethke. "But maybe this helped a little bit."