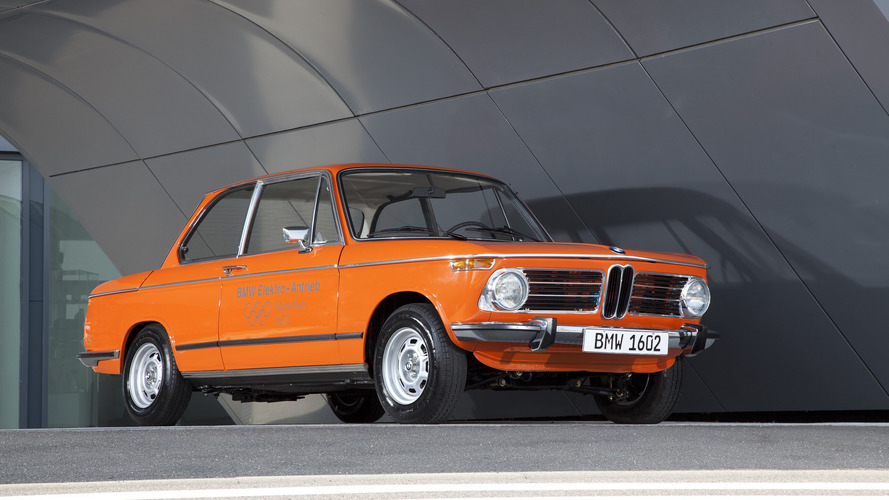 Because the i3’s forefather can be considered as the cornerstone of electrified BMWs since it laid the groundwork for what was to become a continuous effort to improve EV tech.

Introduced only a year before the oil crisis of 1973, the 1602e was an early attempt from BMW to make an electric car. Two of them were on parade at the 1972 Olympic Games in Munich looking virtually the same as the standard 1602, but hiding one major change underneath the hood. Gone was the combustion engine and instead the engineers installed a pallet of a dozen standard 12V lead-acid batteries developed by Varta. Thus, the first electric BMW was born.

Other concepts from the series:

The battery pack alone tipped the scales at a hefty 771 pounds (350 kilograms) and fed a DC shunt-wound motor from Bosch rated at 12 kW / 32 kW (continuous / peak output). The electric punch was delivered to the rear wheels, so it was still a pure BMW (well, sort of). As you would imagine, the massive weight penalty commanded by the batteries took its toll on the car’s performance, with the sprint to 31 mph (50 kph) taking eight seconds en route to a top speed of only 62 mph (100 kph).

The two cars deployed at the games were rated with a range of 19 miles (30 kilometers) during city driving. BMW said the Varta batteries had enough electric juice for as much as 38 miles (61 km), but only when driving at a steady 31 mph (50 kph). The 1602e had an early form of regenerative braking as the electric motor also performed duties as a generator, so the energy generated during braking was stored in the battery.

With such a short range and without a gasoline engine to kick in after that like in today’s i3 REx, the concept was not feasible for production. However, development continued and in 1975 the not-a-Lexus LS Electric was revealed with a new DC series motor and a more advanced set of 10 batteries from Bosch.