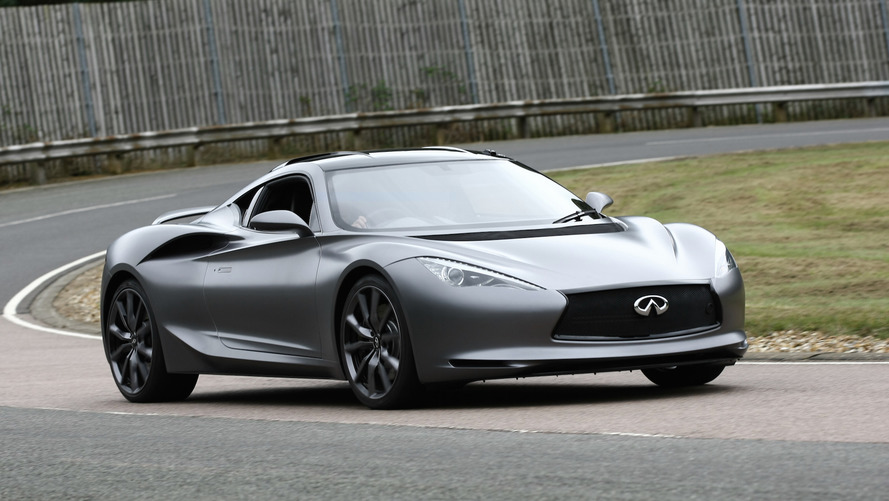 It looks like the lovely Emerg-e concept will finally come to market – or something resembling it.

Back in October, it was reported that Infiniti was finally coming around to the idea of building an electric vehicle. Two earlier concepts had paved the way to this conclusion, the four-door LE and the stunning Emerg-e coupe. Now it looks like production date has officially been set... at least for one of them.

According to Autocar, Infiniti is planning to launch a performance EV by 2020. It will use a completely new platform apart from anything the company currently offers, but will share battery technology with Nissan. "We want it to have a unique Infiniti driving experience," said CEO Roland Krueger. In driving an early prototype of the proposed platform, Kruger said that it was "very good."

Unlike the four-door LE, which shared its platform with the Nissan Leaf, the proposed Infiniti electric vehicle would be pure sports car. Expect performance to be similar to the Emerg-e concept we saw back in 2012, which came with a 400-horsepower (298-kilowatt) electric powertrain and rear-wheel drive.

The move to produce an electric sports car came thanks in part to demand from the Chinese market. In 2012, Infiniti moved its headquarters to Hong Kong in an effort to expand its market share, and in 2014, the country overtook the U.S. as the world’s largest market for plug-in electric cars.

"When I think about EV, we design it for China definitely," Krueger said in an interview last year. "We are discussing this internally constantly what its he right timing for Infiniti to have such vehicles." An electric sports car will be the first addition to the lineup, with potential for an electric commuter vehicle arriving soon after that.