Tesla Cybertruck Two Years In: What's Happened Since The Debut?

In 2019, Elon Musk uncovered the Cybertruck for the first time. How close are we to seeing it on the road?

Believe it or not, it's been two years since Tesla CEO Elon Musk and his wedge-shaped pickup prototype took center stage in LA. It was on November 21, 2019, that the Tesla Cybertruck rolled out in front of a global audience of millions, followed by the infamous window-breaking-with-a-metal-ball incident. Since then, nearly 1.3 million customers have plunked down $100 to reserve a Cybertruck, which would bring in around $79 billion in cash if every order sticks. And yet, it's still not on the road.

But Tesla has been busy otherwise. Business is booming and Musk’s company became the most valuable carmaker in the world with a market cap of over $1 trillion in October of this year, a massive gain from the $75 billion cap before the Cybertruck debut. And this year alone, Tesla has sold more than 627,000 units, and also a huge deal inked with the rental company Hertz.

It's still unclear when we'll see an actual Cybertruck on the road – Tesla says that it will hit showrooms sometime in 2022. But as the last two years have shown, the road to customer-ready Cybertrucks has been rocky. 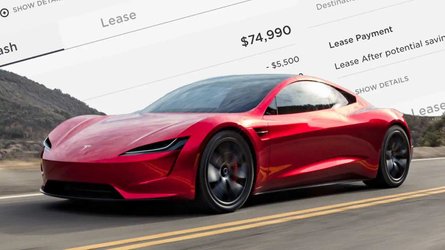 How Much Does A Tesla Cost?
⠀ 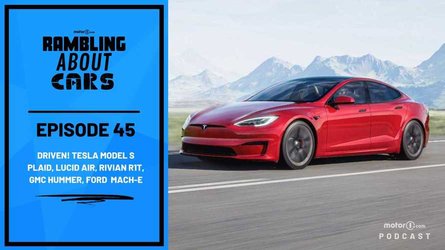 Just days before debuting the Cybertruck, Musk announced that the company would build a new Gigafactory in the US for production of the pickup truck. It would be the fourth Tesla Gigafactory following Nevada, New York, and Shanghai.

Less than 24 hours after Tesla revealed the Cybertruck prototype, the company announced that it had received 146,000 pre-orders for the pickup "with no advertising and no paid endorsement," according to Musk. A mere 17 percent of customers chose to pre-order the single motor model, according to Musk, with 42 percent opting for the dual-motor option, and another 41 percent selecting the tri-motor truck.

Only five days after the Cybertruck's debut, Musk confirmed on Twitter that pre-orders had reached 250,000 units. As with the initial boom, most customers opted for pricier dual- and tri-motor options, according to the CEO, with just 17 percent selecting the base single-motor vehicle.

It took just 14 days for the Tesla Cybertruck to reach its first hurdle. The company confirmed that it was delaying production of the base rear-wheel-drive model in order to speed up production of the dual- and tri-motor models, which were the most popular options during pre-orders.

The dual- and tri-motor models would supposedly begin production in "late 2021," according to the official Cybertruck order page on the Tesla website, while the single-motor model would not hit production until "late 2022."

With pre-orders swelling well past 250,000 units, Musk told venture capital firm Loup Ventures that the company wouldn't be able to meet demand within the estimated production dates. "We don't comment on those detailed numbers, Musk stated, "except the demand is just far more than we could reasonably make in the space of, I don't know, three or four years, something like that."

Just weeks after Musk announced that pre-orders have made initial Cybertruck production dates unattainable, reports suggested that pre-order figures had skyrocketed to over 500,000 units.

With Tesla still searching for a state to open up a new Gigafactory for Cybertruck production, the city of Joplin, Missouri, stepped in with an enticing offer for the company. The city promised 1,042 acres near a rail line, a complete tax abatement through 2032, for a total incentive package of nearly $1 billion.

Even with a promising offer from the state of Missouri in hand, CNBC reported that Tesla had narrowed down the search to two potential cities: Austin, Texas, and Tulsa, Oklahoma.

The Cybertruck made its first public debut post unveiling in LA at the Petersen Automotive Museum. There, visitors were able check out the prototype in the lobby of the museum from June 20 to 27.

Just over six months after the Cybertruck’s debut, reports found that pre-orders had reached 650,000 units – more than double what they were 24 hours after the debut.

Tesla officially decided on Austin, Texas for the location of its new Gigafactory. There the company would attempt to fulfill orders for the Cybertruck, as well as add production facilities for the Model Y SUV.

During an annual Tesla Battery Day presentation, CEO Elon Musk said the company was targeting annual production of 250,000 Cybertrucks per year at the company’s new Gigafactory in Texas. "There's probably room for at least unit volume of 250,000 to 300,000 a year," he said, "maybe more."

With production looming, and the prototype still far from finalized for road use, Musk tweeted that the company was working on an updated design. It would arrive "maybe in a month or so."

In an email, Tesla encouraged Cybertruck pre-order customers to lease a current vehicle while they wait. The email suggested that all Cybertruck models would be delayed until at least 2022, with the single-motor model now arriving in 2023.

Elon Musk brought a Cybertruck with him to New York City for a hosting gig on Saturday Night Live A number of videos showed the pickup parading around streets and at a showroom for public viewing. It was the first time we’d seen a Cybertruck in multiple months following some brief showings in the LA area.

In a massive $436 million deal, reports confirmed that Samsung had agreed to supply exterior cameras for the Cybertruck. The production Cybertruck would reportedly use more than 10 cameras, including side and rearview monitors, as well as front- and rear-facing cameras for autonomous capabilities.

Data released from an online tracker (via Teslarati) revealed that the Cybertruck had hit more than 1,256,000 in pre-orders in August.

An update to the Cybertruck configurator showed that the pickup had been delayed yet again, this time until 2022 for all trims. The website said: "Fully refundable. You will be able to complete your configuration as production nears in 2022." Originally it was announced that production of the dual- and tri-motor models would begin late in 2021, with the single-motor model hitting the production line in 2022.

Just over a month ago, Tesla removed specs and pricing info from its Cybertruck landing page entirely. The only option currently listed on the website is a refundable $100 deposit, with the option to "complete your configuration as production nears in 2022."

Recent footage showed a Tesla Cybertruck testing in California with what appears to be side mirrors and rear-wheel steering. Those two features suggest that the Cybertruck had moved past the initial prototype phase, with the company saying that it has multiple “Alpha” prototypes out testing.

Even without a Cybertruck to show, Tesla hit the $1.01 trillion market cap in October, thanks in part to strong 2021 sales and news that Hertz was buying billions of dollars worth of cars for its rental fleet. Share prices maxed out at $1,036.63 last month, making the 18-year-old EV company more valuable than Facebook ($927 billion) and the most valuable car company in the world.