Zach Wright is the most successful contestant on Getaway Driver and a Taurus SHO expert.

It's podcast time! We have an amazing guest this week. Zach Wright competed in the Discovery reality show Getaway Driver and had more success than any other driver in the first season. He did it in a Ford Taurus SHO that he paid $3,500 for while competing against people in machines worth considerably more. Later, he sticks with us to discuss the new Toyota Tundra.

Wright tells us all about competing on the show. For example, the course the producers showed him during casting wasn't the same one that they used for filming. But, the layout was similar enough to illustrate that a vehicle only suited for flat tarmac wasn't going to be the right choice.

Also, the competitors weren't able to walk the course before going out. So, when you see their daylight run on TV, the drivers are doing it without knowing anything about where they are going.

Wright also owns the quickest Taurus SHO in the quarter-mile in the world. It started as his first car, but over the years, Wright overhauled the machine to be capable of 8 second times in the quarter-mile. Now, he has started work to make the Ford even quicker.

Listen To More Rambling About Cars: 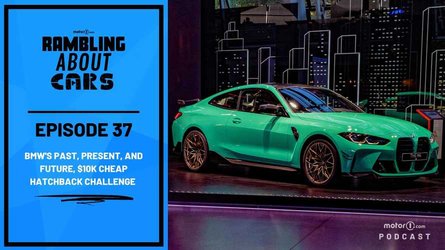 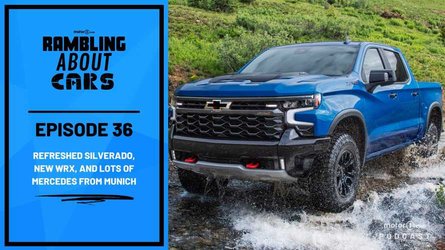 After talking a whole lot about Ford Taurus SHOs, we pivot to discussing the new Toyota Tundra. This is the first new generation of the truck since 2007, so it's a very big deal. We are largely split on the looks of the pickup. Smith hates it, and the other guys might not be in love but don't have as much animosity towards the appearance.

Zach, though, is not too keen on dropping the venerable 5.7-liter V8 in favor of the new 3.5-liter twin-turbo V6. He worries the company is sacrificing reliability for efficiency.

In addition to our Motor1 Podcasts YouTube channel, you can still catch us on your favorite audio channel every Friday as always. You'll find Rambling About Cars on every major podcast platform including Apple Podcasts and Spotify. Please like, follow, and comment because it exposes the show to more car crazy enthusiasts. And the more enthusiasts joining us on this automotive odyssey, the better. Also, email us at podcast@motor1.com.