How The Koreans Are Killing It With Design: Podcast #27 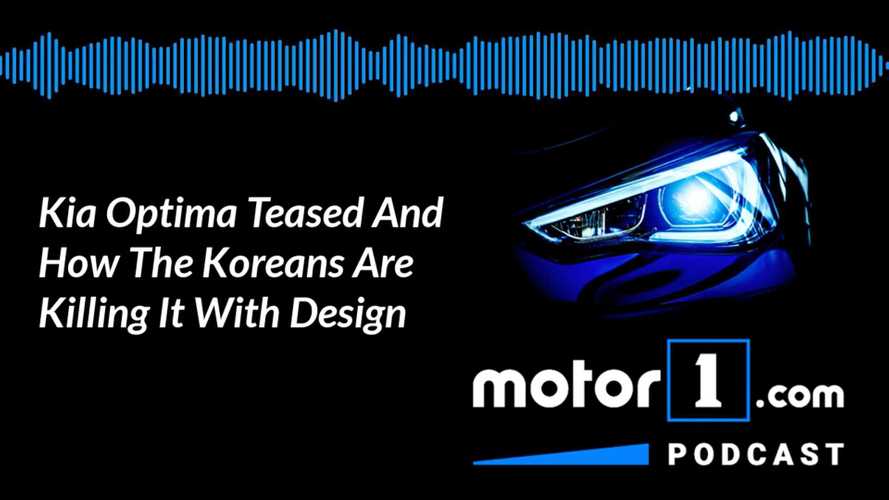 With the upcoming redesign of the Kia Optima, Korean automakers are again showing they've got the recipe for great design.

This week's episode is all about South Korean design. Kia released a teaser this week for its upcoming redesign of the Optima, which drew a lot of attention from the Internet and our editors alike. And not only because the teaser suggests the Optima's styling will take an aggressive turn, but also because the teaser reconfirms Kia's commitments to cars when other automakers, like Ford and GM, are abandoning them.

Hyundai and Kia didn't start creating gorgeous car designs yesterday, though. Global Editor-in-Chief John Neff, Managing Editor Brandon Turkus, and Writer Christopher Smith talk about that moment for each of them when they realized these two carmakers were turning the corner with styling. You'll be surprised how far back they reach!

Our editors also have to talk about the biggest news of the week, which is the announcement that FCA will be merging with PSA. The news isn't all that shocking, though, considering FCA has been publicly shopping for a partner for months now, and this will be its fourth hookup in the last 20 years. As Neff remarks, hearing the news is like getting an invite to your Uncle's fourth wedding; it's hard to get excited.

What's Up With Americans And Hatchbacks? Podcast #26

Can You Ever Have Too Much Power? Podcast #25

There were lots of listener comments to read this week (don't forget to add yours below!), and we ended with our favorite segment, What We're Driving This Week. Turkus drover over 900 miles in a Lincoln Aviator Grand Touring. Smith didn't drive anything new, but he did take his trusty Mazda6 off-roading. Neff, finally, spent the week with an Audi A7, which so far has failed to charm him as much as the first-gen A7.