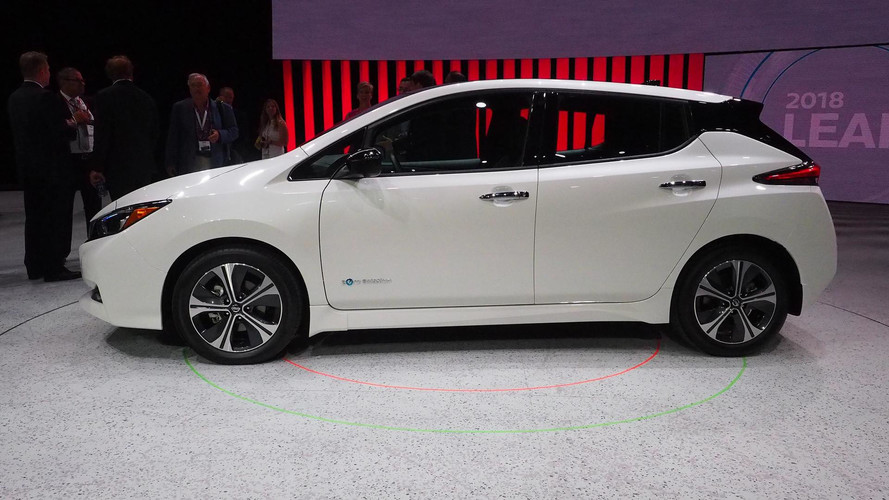 Both can serve nicely as efficient additions to a family's fleet. Here's how pre-owned models stack up.

Pre-owned versions of the Nissan Leaf and Volkswagen eGolf full-electric compact hatchbacks can serve as efficient and affordable used cars in a family’s fleet, though they won’t have the extended operating ranges as many of the latest EVs.

The Nissan Leaf was introduced for the 2011 model year which makes it the senior citizen of electric cars, with 50-state availability. That makes them relatively plentiful in the resale market, though older models came with a shorter operating range than later editions and may be hampered with battery degradation depending on how many miles it was driven and how it was charged. As of this writing, there are 141 used Nissan Leafs listed for sale here on MyEV.com.

The Volkswagen e-Golf is more current, having debuted for the 2015 model year. It’s harder to find in the used-EV market, as it was sold when new only in select markets. Its aggregate sales over the years also pale compared to the Leaf. At that, we found several used e-Golfs listed in the Chicago area, though Illinois was not one of states in which it was originally sold. As of this writing, there are listings for 18 used VW eGolfs here on MyEV.com.

The first-generation Nissan Leaf’s exterior can be polarizing for some, with its overall bulbous shape. Large angular headlamps reach high into the front fenders. The back end is pronouncedly rounded and features tall and narrow taillights. It was redesigned for 2018 with sleeker styling that featured more angular and less rounded lines, but with a faux rendition of Nissan’s otherwise unnecessary toothy front grille.

The Leaf’s original interior is rather futuristic looking, with a pair of electronic instrumentation displays facing the driver and a large touchscreen and oddly arranged controls at the center of the dashboard. The first-generation Leaf affords 42.1 inches of rear legroom and 42.2 inches of headroom. Cargo space is at 24.0 cubic feet with the rear seatbacks folded flat. With the 2018 redesign, the Leaf received a more sedate-looking cabin. However, rear legroom fell to 33.5 inches, with headroom at 37.3 inches. On the plus side, cargo space expanded somewhat to a maximum 30.0 cubic feet.

The Volkswagen eGolf looks much like a “normal” VW hatchback from the outside. It’s conservatively styled with a wide (and unneeded) front grille with slightly angular LED headlamps and a wide lower air dam. A horizontal roofline reaches rearward to a reasonably uncluttered back end.

Inside, the eGolf is all business, with large and legible analog gauges at either side of an LED power display, and a cleanly cast dashboard that features both a touchscreen and conventional analog buttons and dials. The rear cabin is tighter here than with the first-generation Leaf, with a maximum 35.6 inches of legroom and 38.1 inches of headroom. The eGolf’s cargo volume is more expansive, however, with up to 52.7 cubic feet of stowage with the rear seats folded flat.

The Leaf performs adequately, delivering easygoing around-town handling and a reasonably smooth ride with a solid feel on the highway. It’s in no way sporty, however. An e-Pedal function added for the 2018 revision affords enough regenerative braking to allow “one pedal” driving. All Level 3 DC Fast-Charge-compatible Leafs use the CHAdeMO connector favored by Asian automakers.

The eGolf allows a driver to select between either of three driving modes and dial in more or less regenerative braking as desired. The eGolf feels far sportier and is more fun to drive than the Leaf, with sharper handling characteristics. Level 3 DC Fast Charging with the SAE connector was originally offered as an available option.

Both the Nissan Leaf and Volkswagen Golf can be found in multiple trim levels, each with its own set of features and available options. Nissan Leafs from various model years are fitted with amenities like automatic climate control, a CD audio system, pushbutton access/start, auto on/off headlights, a rearview monitor, navigation, and a universal garage-door opener. The 2018 second-generation Leaf introduced Nissan’s ProPilot Assist semi-autonomous driving system, along with Lane Departure Warning, Automatic Emergency Braking with Pedestrian Detection, and Blind Spot Warning with Rear Cross Traffic Alert.

Older Nissan Leaf models are eminently affordable, and even with a restricted operating range, can suffice as an extra car in which to make around town errands or for getting to and from a commuter rail station. Kelley Blue Book estimates a 2011 base model with a 73-mile range in good condition and with average miles would retail for around $5,700 on a dealer's lot in the Chicago area. The 2014 vintage with an 84-mile range is estimated at around $9,100, while the 2016 Leaf with a 107-mile capacity is at $13,400. A used 2018 model with a 151-mile range retails for around $24,850, but that’s not a particularly good deal. A brand new 2019 version lists for around $30,900 and is eligible for the one-time $7,500 federal tax credit. If you can take the full credit, it effectively lowers the price to $23,400.