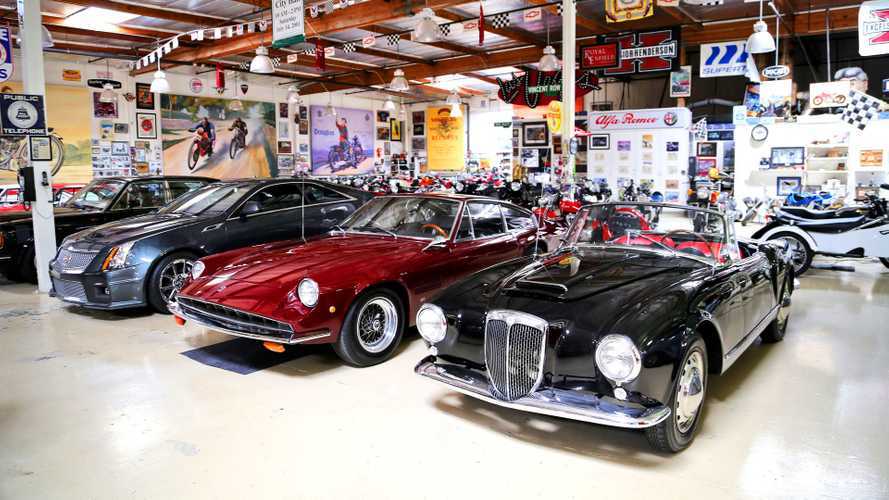 They don't seem like they go together, but they do if you've got as little as $10 to donate to a great cause.

Jay Leno has one of the most incredible car and motorcycle collections, with vehicles ranging from early steam-powered machines, to the very latest hyper cars. After retiring from his famed late-night TV show, Leno has fully indulged in his passion for collecting and restoring cars. Now is your chance to visit the automotive Mecca that is Jay Leno’s Garage with this sweepstakes.

Click here to buy 10 tickets for $10, and earn more free tickets just by sharing with your friends.

Sounds like a great opportunity, right? Silver Dove Films has created the dream trip for the winner and his or her guest that includes round trip flights to Los Angeles, travel to and from the airport, three nights in a Hollywood four-star hotel, a visit to Jay Leno’s airport hanger garage in Burbank, an LA bus tour, and $500 of spending money. What more could you want?

Silver Dove Films, a 501c3 non-profit, is raising money to produce a documentary titled ‘Wounded Heroes’ and a theatrical feature film to follow. The documentary is about post-traumatic stress, veterans, the 22+ per day suicide rate, and the many alternative treatments available to help them recover without the need for prescription drugs.

The documentary aims to raise awareness for the patriotic men and women who’s fight doesn’t end just because they have come home. Post-traumatic stress might not leave scars that everyone can see, but it can be as debilitating as any physical wound.

Buying tickets not only grants the winner and a guest a chance to win a trip to visit Jay Leno’s amazing collection, but this sweepstakes will help get the documentary produced and literally save veterans lives. The more tickets you buy, the better chance you have — the more tickets get sold, the more money raised for a good cause.

This is a cause everyone can get behind, so try your luck and enter this Sweepstakes.