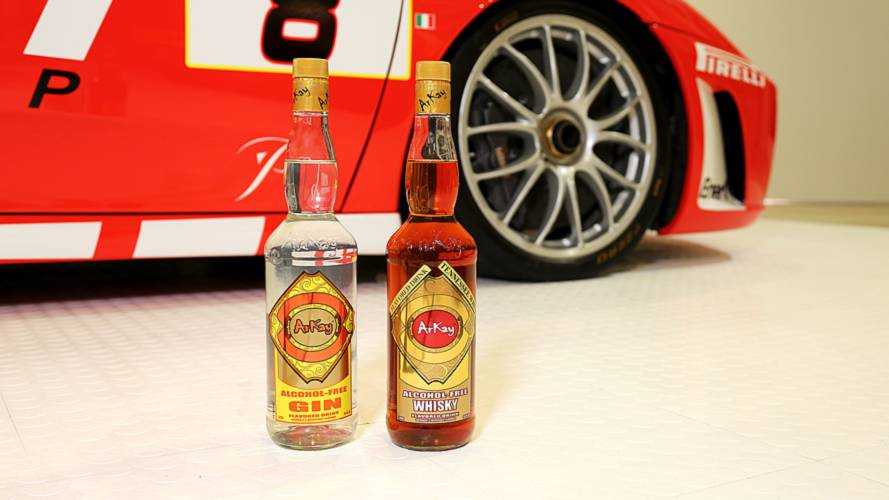 Top-shelf, non-alcoholic liquors let you live the lifestyle without the potentially life-ending consequences.

As people who drive, evaluate, and talk about cars for a living, we take a firm stand against drinking and driving, naturally. According to the National Highway Traffic And Safety Administration, "Every day, almost 29 people in the United States die in alcohol-impaired vehicle crashes – that's one person every 50 minutes in 2016 ... [and] drunk-driving crashes claim more than 10,000 lives per year."

One company hopes to curb those statistics with a new line of non-alcoholic top-shelf liquor and spirits. Founded in France in 2011, the beverage company Arkay only recently started selling its drinks Stateside. The goal of the company is to reduce alcohol dependence, and the positive effect that products like these can have on drunk driving statistics here in the states grabbed our attention.

You won't be missing much – except a hangover – with as many non-alcoholic options that Arkay offers.

Reynald Vito Grattagliano and his wife Sylvie founded the company in France, but Arkay also has a home in Laredo, Texas, and a bottling plant in Mexico. Each specialty liquor uses American-made glass bottles, and a patented technology called W.A.R.M., also produced here in the U.S. In its most basic sense, W.A.R.M. molecules are a derivative of capsaicin. This odorless molecule has the same atomic structure as alcohol, and without the added step of fermentation, provides the same flavor and kick as real alcohol.

"Our company founder found a way to isolate the molecule inside of capsaicin," said Richard Simmons, a manager who works out of Arkay's Laredo, Texas facility. "Mr. Grattagliano has patented his invention with the U.S. Patent Office, and as a matter of fact, he was able to lock the W.A.R.M. molecule so that nobody can break the DNA of the W.A.R.M."

One life lost to drunk driving is one too many, so solutions like Arkay's non-alcoholic options for mixed drinks and other libations strike us as yet another front on which this problem can be attacked. Arkay is currently available in some bars and nightclubs, as well as online with shipping to anywhere in the U.S. The company is also launching a new collection of one-liter cocktails this fall retailing for $15, while bottles of Arkay liquor retail for $40 from its online store.

And truly, you won't be missing much – except a hangover – with as many non-alcoholic options that Arkay offers. They sell non-alcoholic versions of most types of whisky, a number of rums, gin, vodka, brandy, coffee liquor, Irish cream, piña colada, and everything else you need to make those fruity drinks you won't admit you like. Just don't forget the cherry and pineapple wedge.

This article is sponsored by Arkay Beverages. Motor1.com and Arkay Beverages believe one life lost to drunk driving and the perils of alcohol addiction is one too many. If you're going to drink, drink responsibly, or just drink an Arkay instead.