Ford Ranger Raptor: How Does It Stack Up Against The Competition? 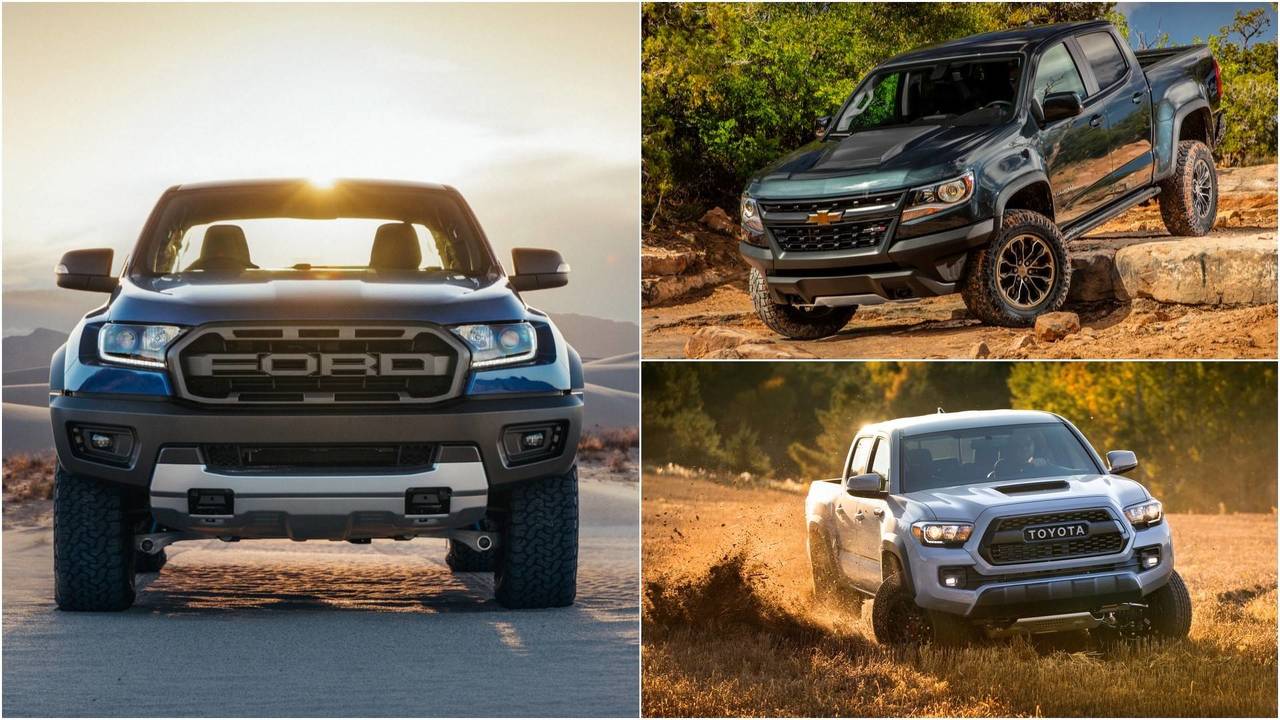 It’s here; the long-awaited Ford Ranger Raptor made its debut today in Thailand of all places. While Ford hasn’t officially confirmed that it’s coming to the U.S., it’s hard to imagine that the hardcore pickup won’t be available here alongside the standard model. Nevertheless, it’s a lot of truck to like at first glance. Question is, how does it stack up to the already available performance midsize pickups you can buy in the U.S.?

Here are the official specs and info:

We've already compared the regular Ranger to some of its closest competitors, so let’s go ahead and break down the hardcore Raptor version by the numbers to see which truck comes out on top – at least on paper. For comparison’s sake, we’ll put the Ranger Raptor up against the Toyota Tacoma TRD Pro (which will soon be getting a makeover), and the Chevy Colorado ZR2, two of its closest competitors stateside

On paper, the Ford Ranger Raptor is second to last in terms of horsepower, just behind the diesel ZR2. With only 210 horsepower (156 kilowatts) via a 2.0-liter turbodiesel engine, the gas-powered Colorado ZR2 is up 98 horses on the Ranger Raptor, and the Tacoma is up 68. That said, the diesel engine in the Ranger Raptor provides plenty of torque – 369 pound-feet (500 Newton-meters) of it. That makes it equal to the Colorado ZR2 diesel (369 lb-ft), far superior to the V6-powered Tacoma TRD Pro (265 lb-ft), and ideal for off roading, of course.

But the engine doesn’t paint the entire performance picture. With a custom Fox suspension and coilover Watts Link rear setup, the Ranger Raptor was made for rough stuff. The 17-inch BF Goodrich All-Terrain tires match those found on the ZR2, and exceed the 16-inch wheels found on the Tacoma. The brakes are larger, too. A set of 13-inch rotors are available, front and back, and best the ZR2 by .8 inches, and the Tacoma by 2.2 inches.

Riding high, the Ranger Raptor has a ground clearance of 11.1 inches. That’s better than the ZR2 (8.9 inches), the Tacoma TRD Pro (9.4 inches), and yes, even the new Wrangler Rubicon (10.8 inches). With an approach angle of 32.5 inches, the Raptor is competitive with the surprisingly superior Tacoma, and better than the ZR2 overall. Of course, when talking about off-road angles, the Wrangler Rubicon remains king (44 / 27.8 / 37), but only just.

"The standout experience of the Ranger Raptor, hands down, is how far you can push it off-road versus any other available production road vehicle in our markets, and still ride like a millionaire on-road," said Damien Ross, Chief Program Engineer, Ranger Raptor, Ford Motor Company. The new Ranger Raptor was tested extensively in the rugged terrain of the Australian outback, so you know it's built for anything.

Both the Ranger and the hardcore Ranger Raptor won't be available for a few months still. But stacking up the new Ford trucks against their closest competition should give you something to be excited about.