How The Ford Ranger Compares To Its Midsize Truck Rivals 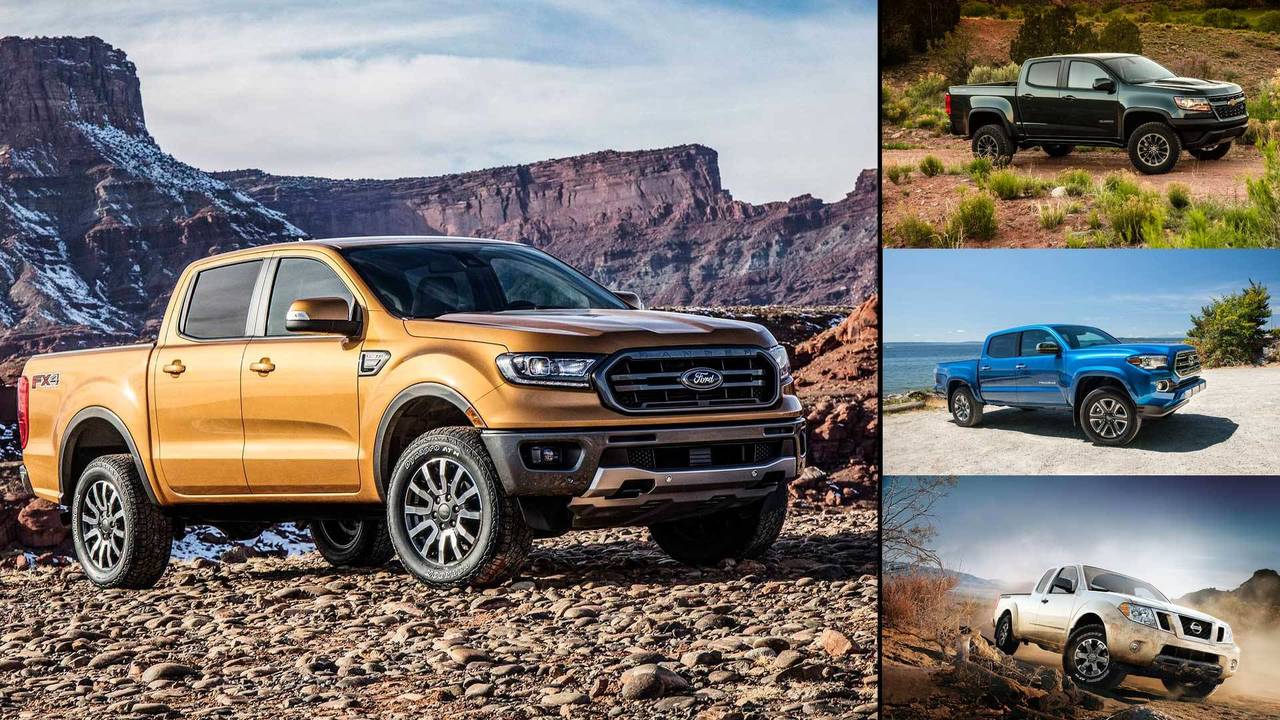 Now that Ford's Ranger is back on duty in the U.S., here's a quick look at how it stacks up to the competition.

The last time North American buyers had access to a new Ford Ranger, it was a small pickup truck that endured for years without any significant update. As such, folks hearing the name for the first time since 2011 may not immediately realize just how different a truck the new Ranger is, nor might they know where it slots into the 2018 auto market. We’re here to help with that by offering this quick comparison between the new mid-size Ford Ranger, and the current crop of trucks that are its direct competitors.

As you can see, there’s still a fair amount of information Ford hasn’t yet released for the new pickup, but the Nissan Frontier, Toyota Tacoma, and Chevrolet Colorado are the current models for which the Ranger will compete for market share. As such, we expect those N/A sections to include figures very similar to the others, however it should be noted the previous Ranger offered outside the U.S. could tow 7,700 pounds and had cargo capacities between 2,000 and 3,000 pounds – figures which would absolutely dwarf the competition.

We suspect those numbers would require something other than the Ranger’s current 2.3-liter EcoBoost four-cylinder, which is currently the only engine Ford lists for the truck. Every Ranger competitor offers a V6, with the Colorado dishing up a small diesel. On the other hand the Ranger is currently the only mid-size pickup to offer a 10-speed automatic transmission. Unfortunately, at this time the gearbox – at least on paper – is the Ranger’s only real clear-cut advantage.

Though the new Ranger has been revealed, Ford says production won’t actually begin until late in 2018. With the truck billed as a 2019 model, we interpret that to mean sometime around September or October at the earliest, so it could be quite some time until we have confirmation of other key Ranger stats, not to mention a starting price.

It could also mean Ford still has some tricks up its sleeve for the new pickup – like a V6-powered Raptor variant that could appear at the Chicago Auto Show next month.