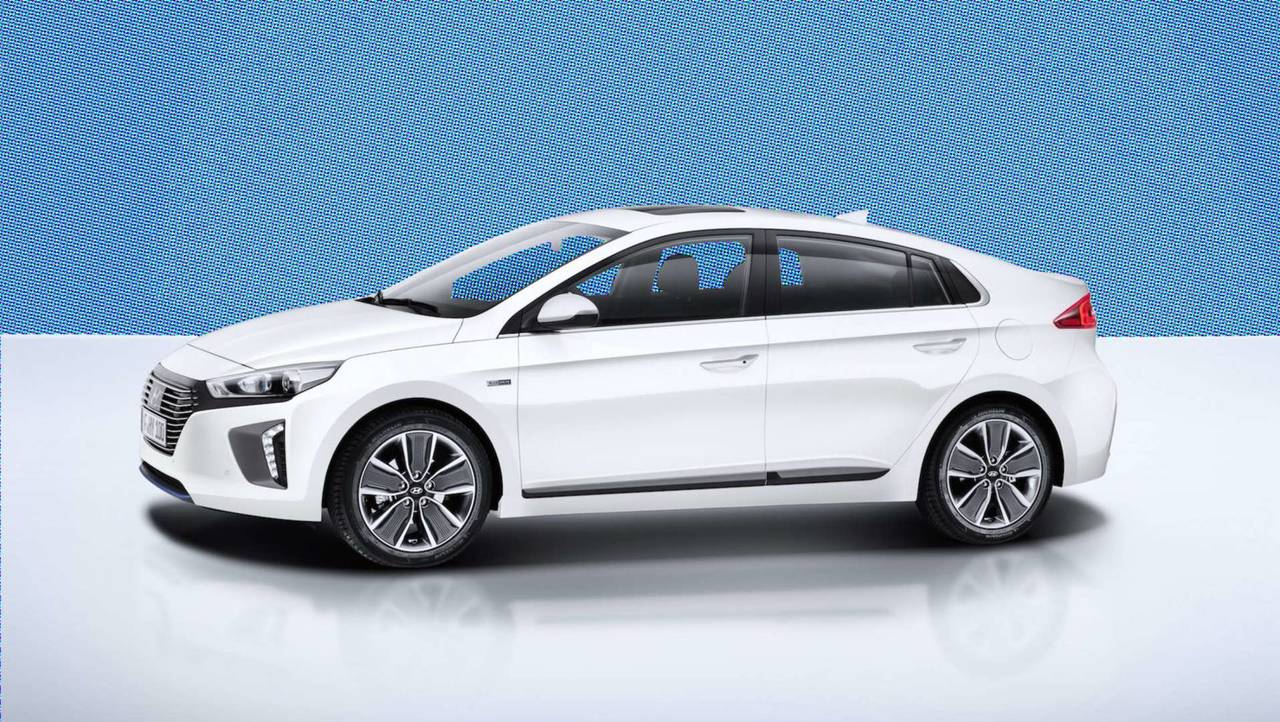 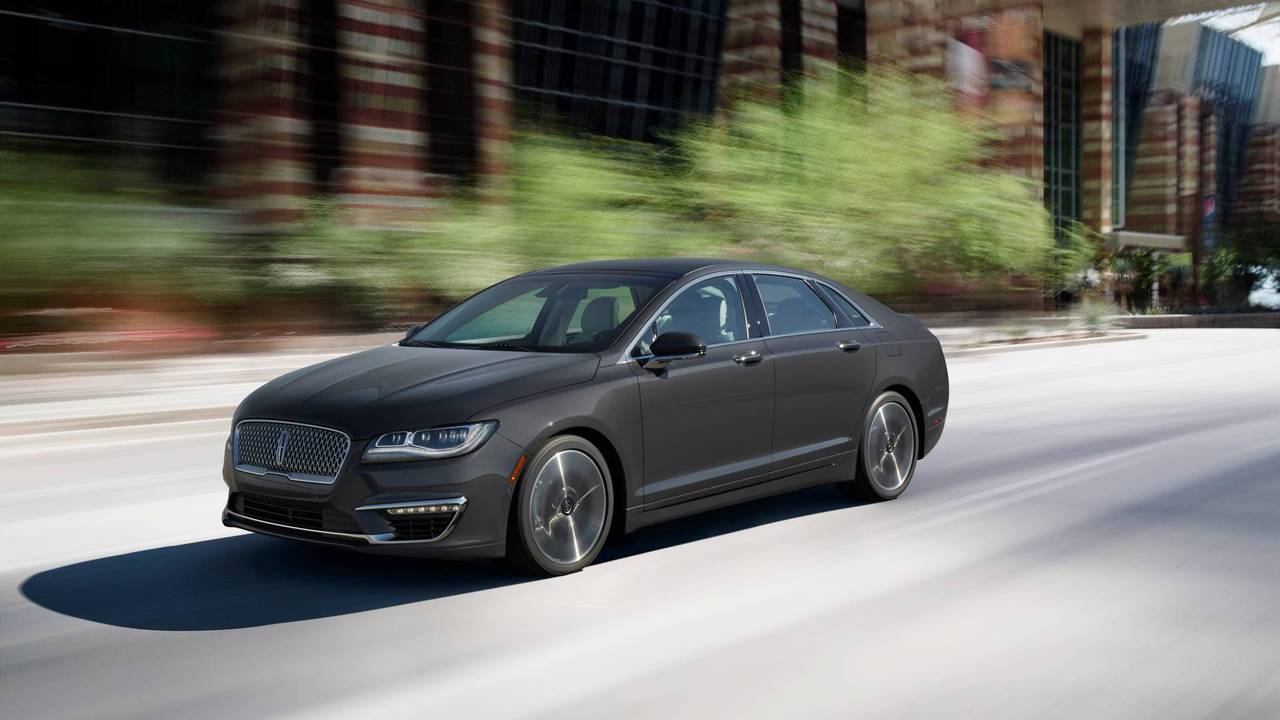 MPG: 41/38; Base Price: $36,530. Unlike most other electrified versions of existing model lines, the Lincoln MKZ Hybrid starts at the same sticker price as its conventionally powered counterpart. It’s roomy and comfortable, with easygoing driving dynamics and a stately appearance. 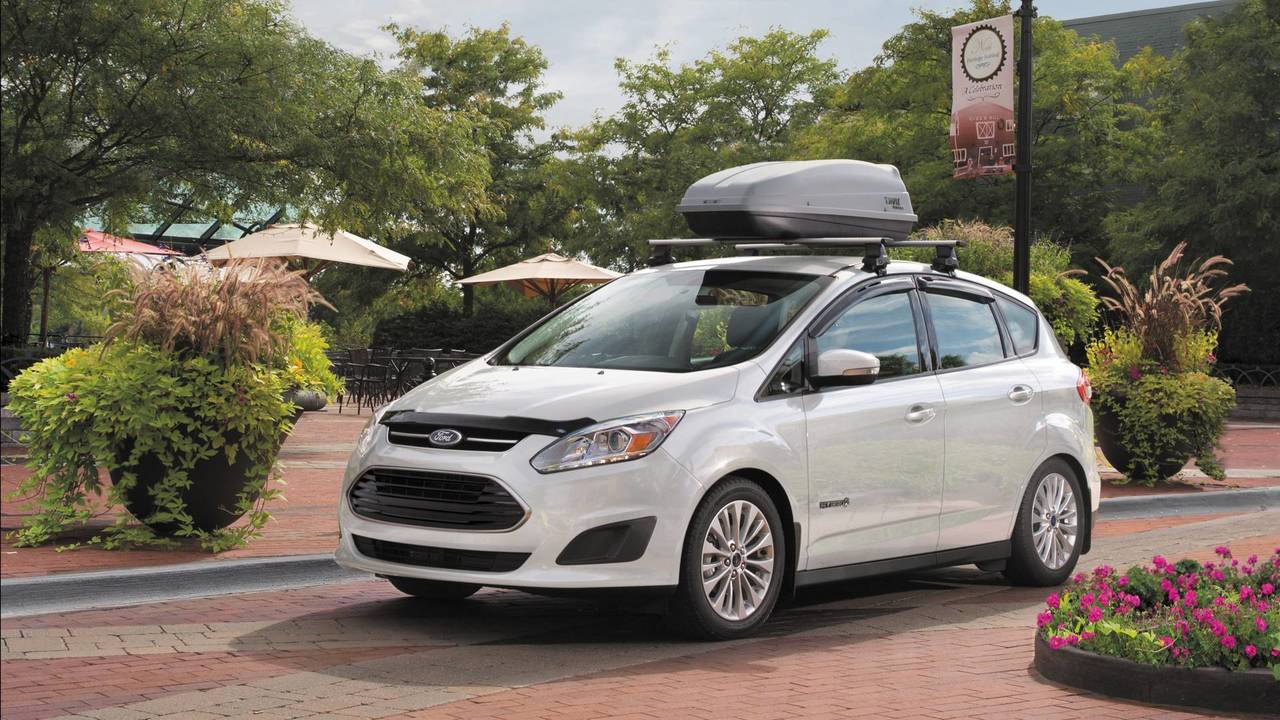 MPG: 42/38; Base Price: $24,995. The compact Ford C-Max is a tidy little practical hatchback that affords good fuel economy, but is priced at or near some more-efficient hybrids as well as some larger and more accommodating electrified models (like the Ford Fusion Hybrid below). If you want one, act fast; the plug-in hybrid C-Max Energi was discontinued last year, with the hybrid version reportedly going out of production by mid-2018. 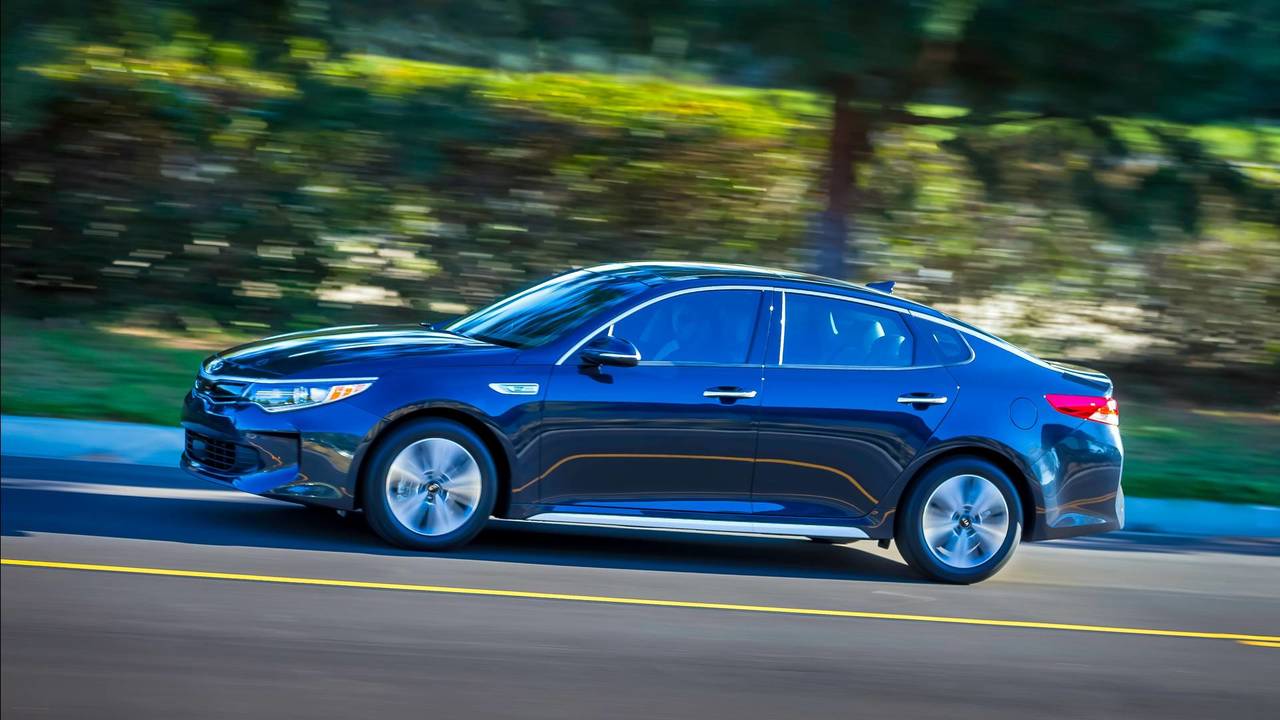 MPG: 39/46; Base Price: $26,890. The midsize Kia Optima Hybrid is handsome looking on the outside, is sufficiently roomy and comfortable on the inside, and performs admirably, overall, though most of the other same-size hybrids on our list beat it in terms of fuel economy. The Optima is also offered in conventionally powered and plug-in hybrid models. 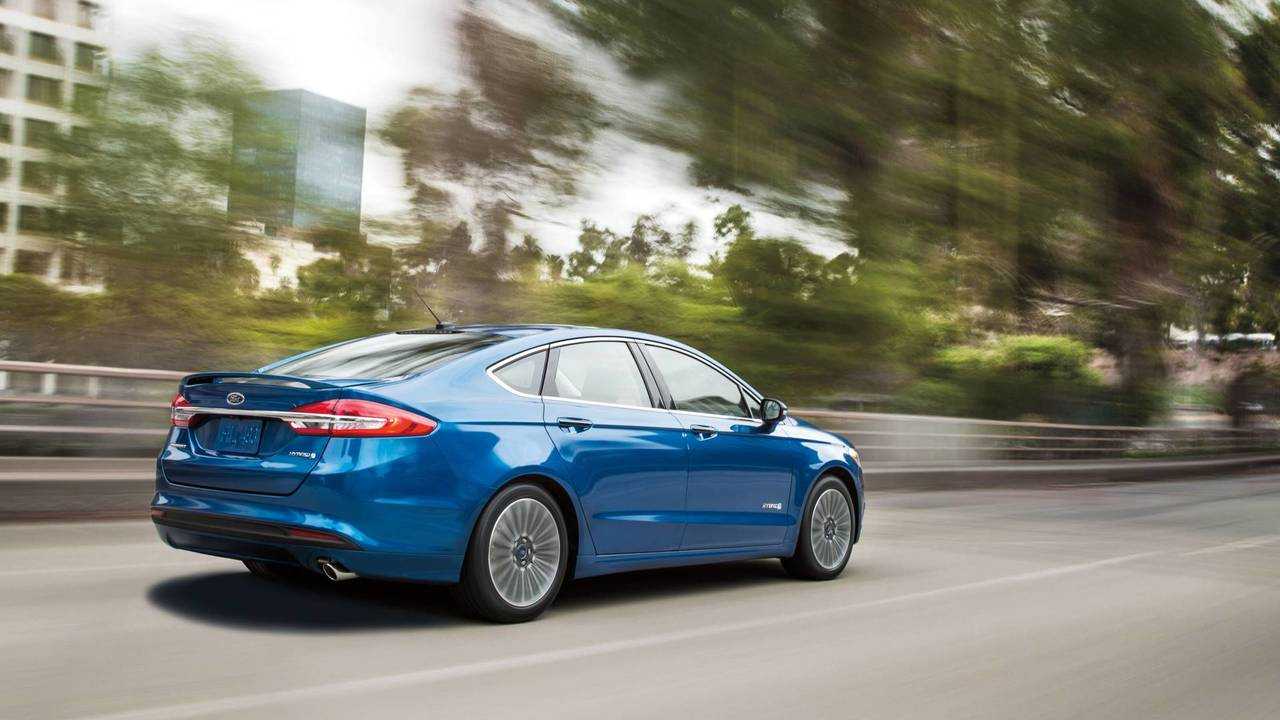 MPG: 43/41; Base Price: $26,170. While it’s far from being the fuel economy leader among gas/electric-powered models, the Ford Fusion Hybrid performs admirably, and aside from the novel dashboard graphics to help a motorist maximize his or her mileage, looks and feels much like a “normal” family car. It’s also offered with added EV-only range as the Fusion Energi plug-in hybrid. 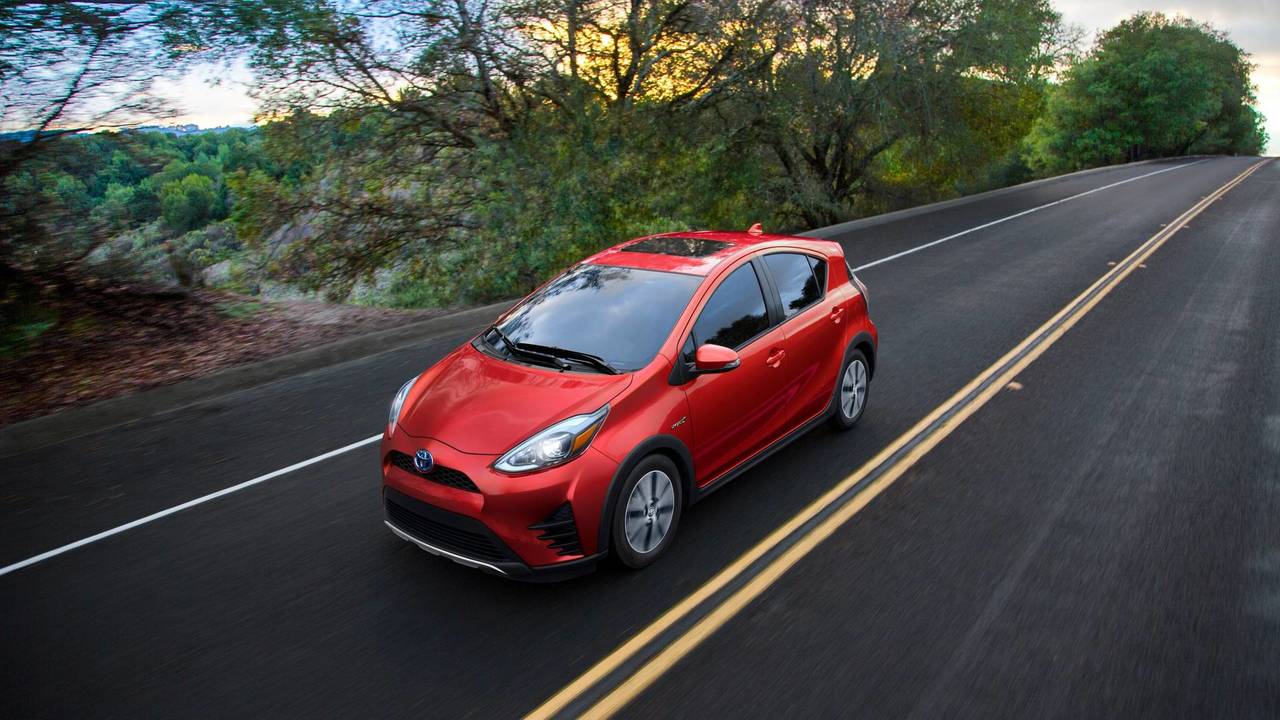 MPG: 48/43; Base Price: $21,525. Related to the subcompact Yaris, the Toyota Prius c is the automaker’s smallest hybrid car, and is the least-costly hybrid on our list of fuel sippers. It’s also the least accommodating, with limited cargo space and rear seat room. The EPA says buying a Prius c instead of a Yaris will save an owner $2,000 in fuel costs over five years, which is about break-even in terms of the hybrid’s added cost. 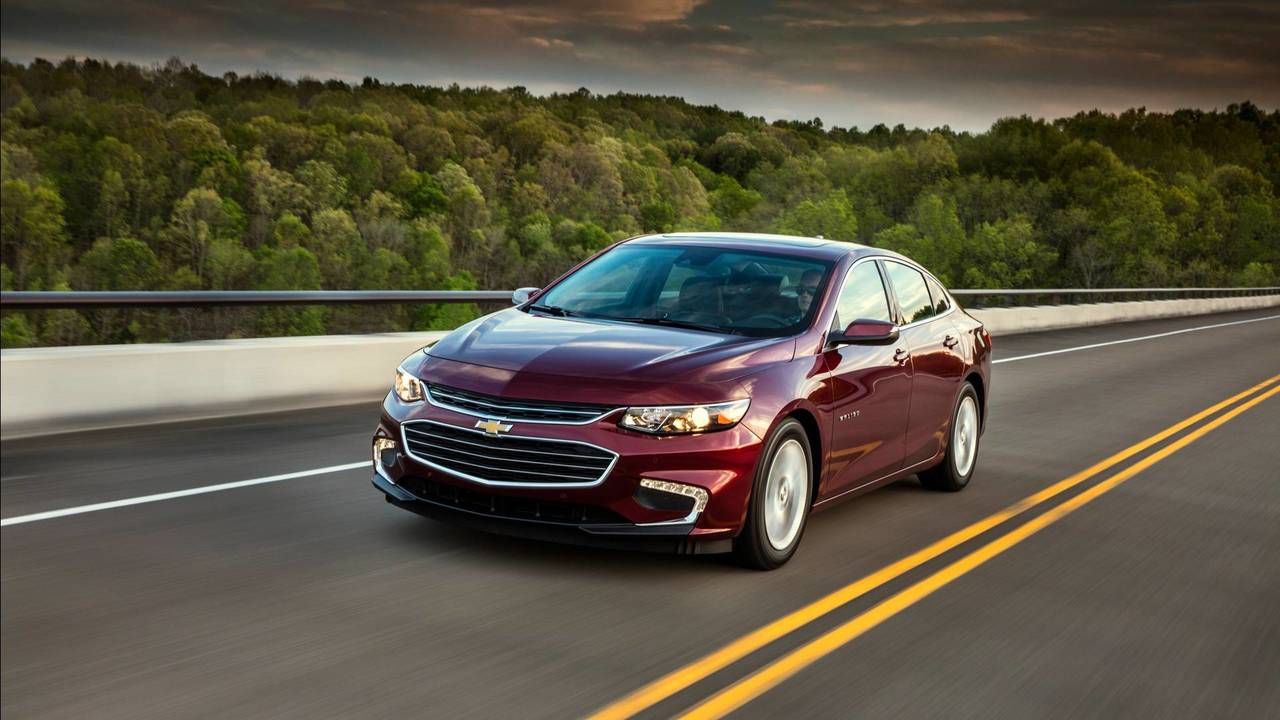 MPG: 49/43; Base Price: $28,795. Here’s another otherwise “ordinary” midsize sedan that’s given the full hybrid treatment to achieve impressive fuel economy. The current Chevrolet Malibu Hybrid is a stylish ride, with many fine attributes, though the Toyota Camry Hybrid, below, beats it by 10 mpg in highway driving for the same money. 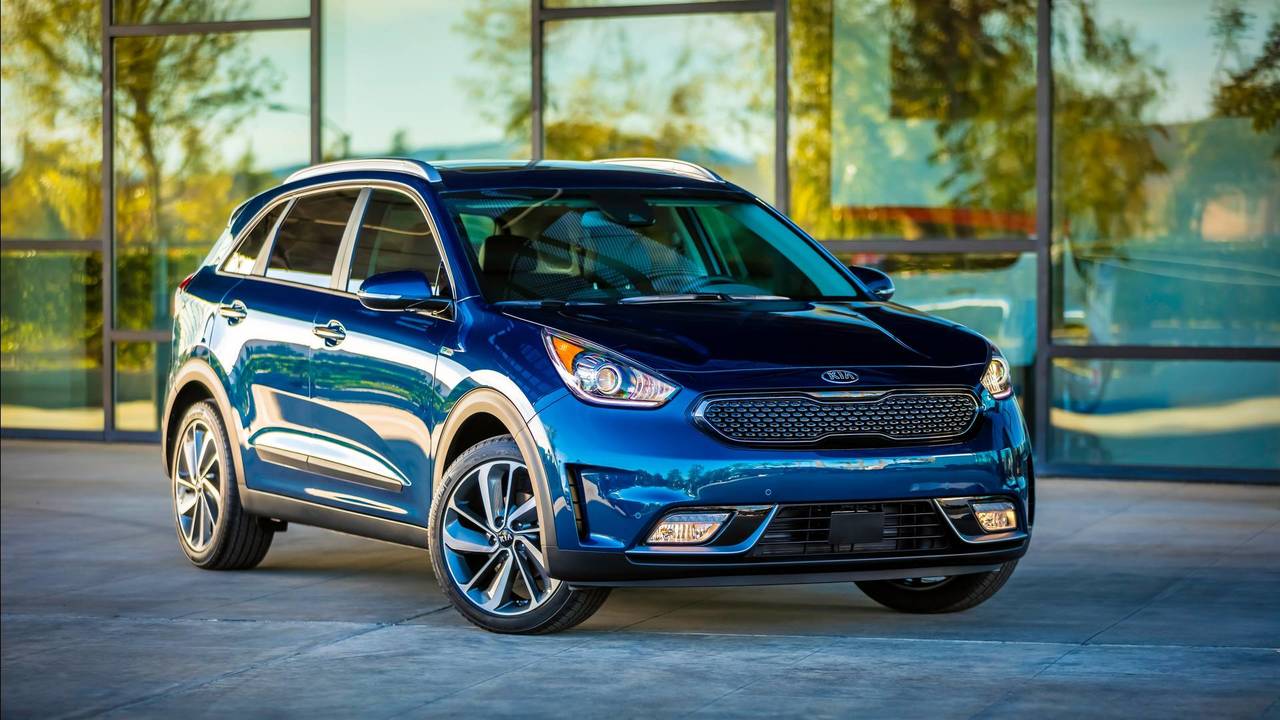 MPG: 52/49; Base Price: $24,280. Top mileage in the Kia Niro line of compact hybrid hatchbacks can be found in the base FE edition, while the rest of the line gets 46/40-51/46, depending on the version. If that’s not enough the Niro is also offered as a plug-in hybrid that can run for the first 26 miles solely on battery power. 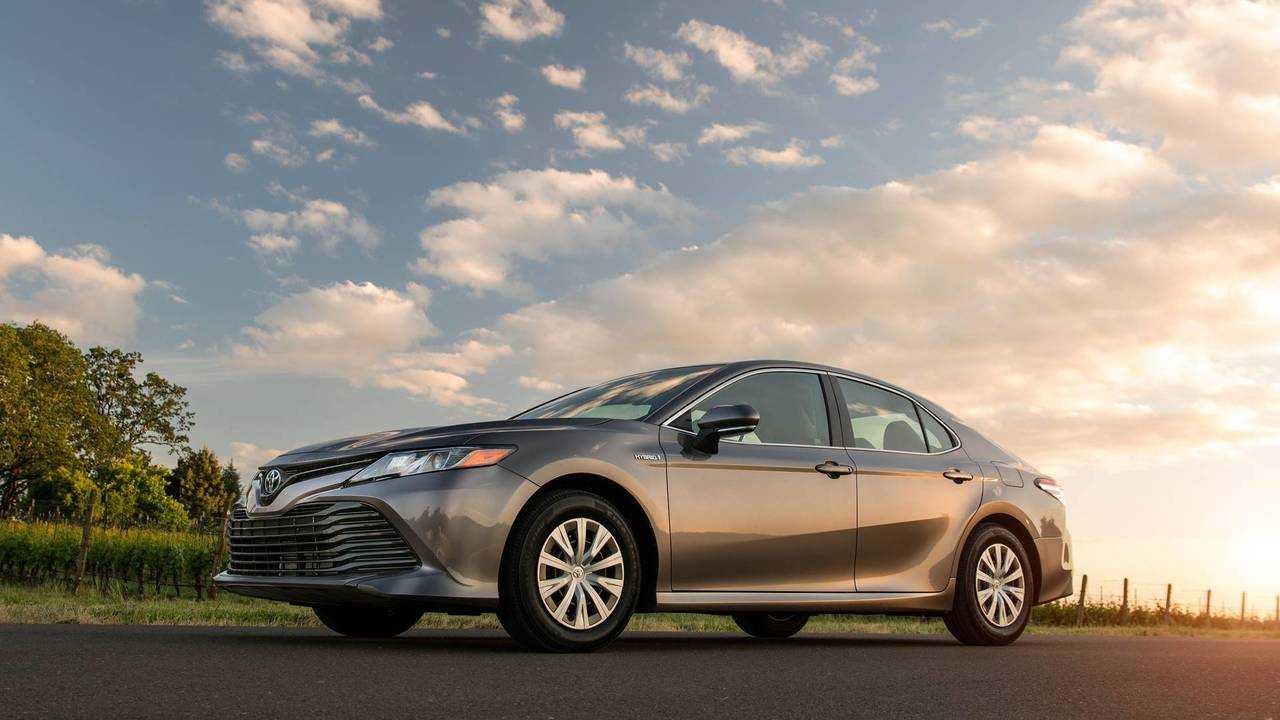 MPG: 51/53; Base Price: $28,695. The base LE electrified version of the redesigned-for-2018 Toyota Camry combines all that model’s midsize sedan goodness and adds Prius-like fuel economy at a combined city/highway 52 mpg. Unfortunately, XLE and SE models are rated at a considerably lower 44/47 mpg. 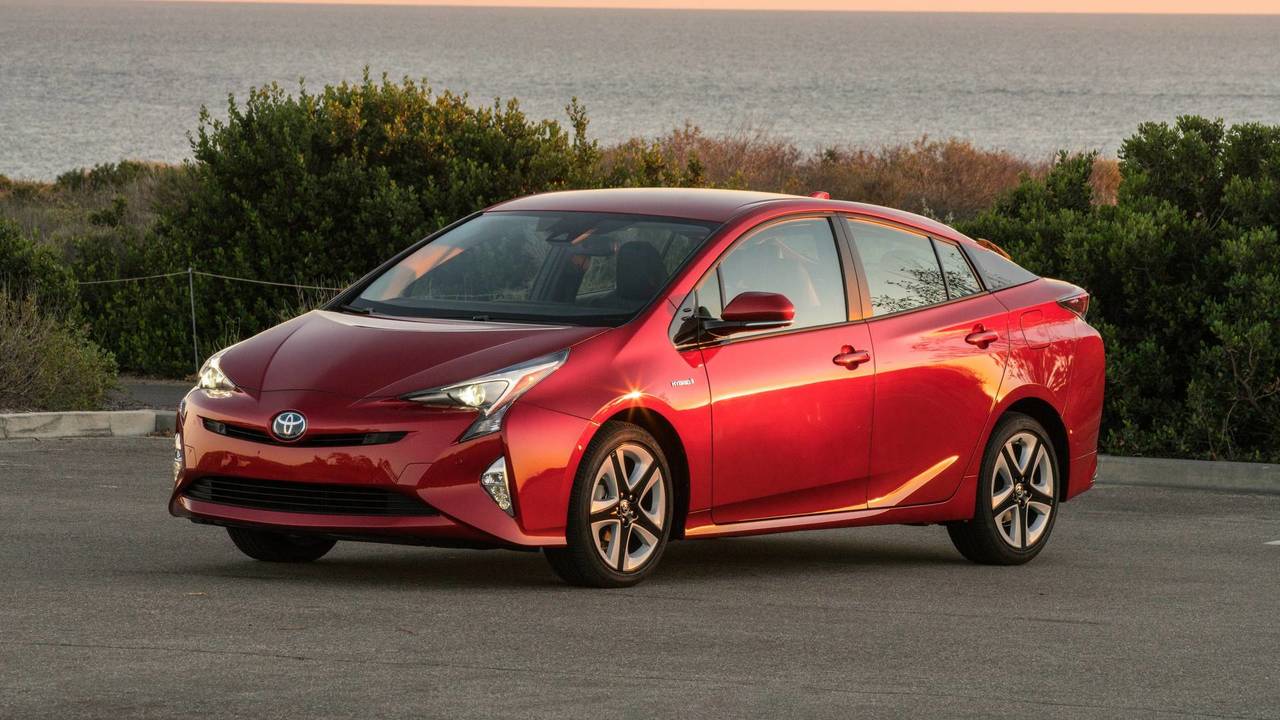 MPG: 58/53; Base Price: $24,370. The midsize Toyota Prius hybrid hatchback may have ceded its long-held class-leading mpg position, but it still delivers the goods, specifically a close-second 58/53 mpg in its most-frugal Two Eco trim level (other Priuses get an estimated 54/50 mpg). With the rest of Toyota’s line receiving more complex styling these days, the Prius no longer looks particularly futuristic. 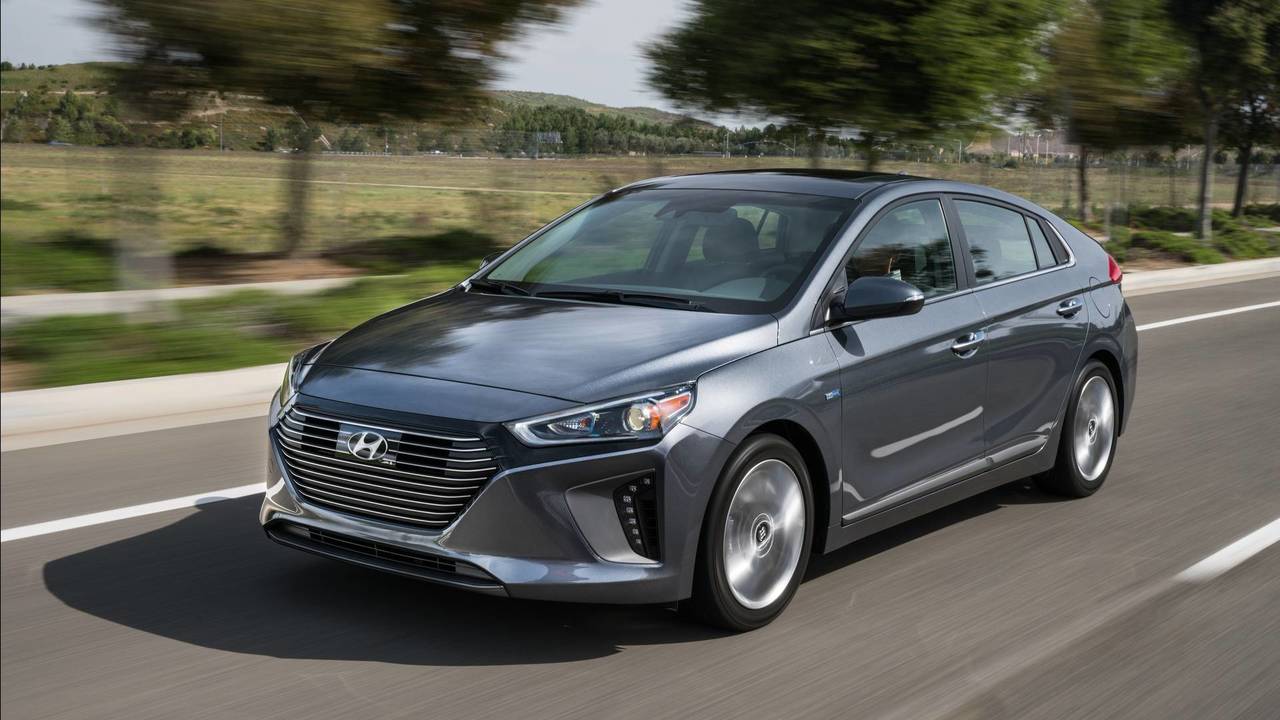 MPG: 57/59; Base Price: $23,085. Featuring lots of exterior styling flair, the compact Hyundai Ionic Hybrid tops the list of most-frugal hybrids for 2018, yet is among the most reasonably priced of the bunch. The EPA says it will cost an owner just $700 a year at today’s gas prices to run for an average 15,000 miles, which is $4,000 less over a five-year period than the average new vehicle. It’s also available in plug-in hybrid and full electric models.

Rust In Peace: 12 Vehicles (And Counting) Not Returning For 2021

Of the top 10 high-mileage hybrids, four get better than 50 mpg.

As one might imagine, given the affordable fuel prices we’ve enjoyed the last few years, fuel-sipping gas/electric hybrid-powered vehicles have tended to fall out of what was already only limited favor among new-car buyers. Though the 364,000 hybrids delivered last year represent a 4.9% boost over 2016, that’s only about 2% of the U.S. auto market and is far off the segment’s peak at over 495,000 units sold during 2013 (back when the national average price of gasoline stood at $3.62 a gallon). And that’s despite a flock of new and recent entries populating dealers’ showrooms.

But, as you may have noticed, gas prices have been creeping upward of late. At $2.59 a gallon on January 31, it’s nine cents higher than it was on January 1, and a full 32 cents more than it was a year earlier. The most expensive gallon of refined crude oil hails from California, where drivers pay an average $3.29; that’s a 49-cent jump over the last 12 months.

As gas prices climb higher, as is expected throughout 2018, hybrid vehicles should begin to look like better values, especially with the best of the bunch delivering fuel economy at or over 50 mpg, and manufacturers’ cash rebates and other incentives plentiful. The top performer here is the Hyundai Ioniq Hybrid with an EPA-rated 57/59 mpg city/highway; it’s estimated to cost just $700 a year to run at today’s gas prices, which makes it $4,000 cheaper than the average ride to own over five years.

In the meantime, we’re featuring the 10 most fuel-frugal hybrid-powered vehicles for 2018 in the accompanying slideshow; all prices include the manufacturer’s destination charge.