Midsize Or Full-Size Pickup - Which Is Best? 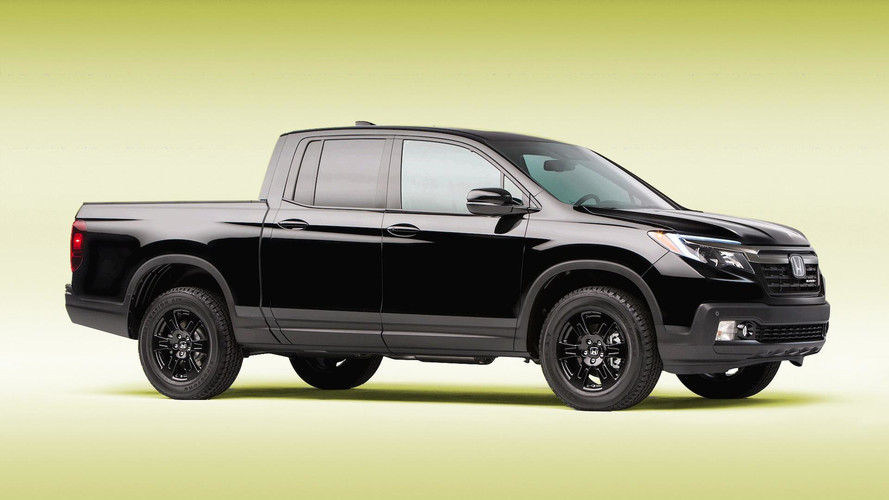 Size matters in the pickup truck market, though a big rig isn’t necessarily for everyone.

With the national economy running on all cylinders, pickup truck sales are booming. Not only are they up by nearly five percent over the first 11 months of 2017, full-size pickups are the top three best-selling vehicles of any kind in the U.S. The Ford F-150 remains king of the hill, and by a considerable margin over the Chevrolet Silverado 1500 and the Ram 1500; the GMC Sierra 1500 holds down 17th place, with the Toyota Tundra and Nissan Titan remaining also-rans in a segment that's dominated by the domestic brands.

But not everyone looking for an open-bed truck needs a full-size pickup. Certainly, not everyone can afford one; though full-size pickup prices start at around $28,000 for a basic work truck, around half of all models sold now come luxury equipped and sell for as much as $60,000 or more fully loaded. While the selection of smaller models has dwindled over the years, it consists of the Toyota Tacoma, Nissan Frontier, Chevrolet Colorado, and GMC Canyon pickups. There’s even a car-based midsize model available, the Honda Ridgeline. Meanwhile, the smaller pickup market is expected to swell next year with the re-introduction of the Ford Ranger, and the launch of the new Hyundai Santa Cruz.

Which of these truck types is best for you should depend largely on your needs, but a large part of the appeal beyond those with a purposeful need for a pickup is its masculine Tonka Toy-like styling. Generally riding on burly rear-drive body-on-frame underpinnings that afford useable towing capacities, four-wheel-drive is usually optional for additional foul-weather traction and off-road abilities. Most come in a choice of cab configurations. These include regular cab (with just a front seat and two-doors), extended cab (with clamshell-opening rear “access doors” and added space to accommodate small back seats) and crew cab versions (with conventional rear doors and seating for five adults). Generally, the longer the cab, the shorter the maximum size cargo bed.

Midsize pickups typically cost less than full-size models – most start in the low-to-mid $20,000 range – and come powered by either four-cylinder engines for more or less casual use or a stronger V6 as a more practical upgrade. The midsize Colorado/Canyon further offer a turbodiesel engine option with a strong 369 pound-feet (500 Newton-meters) of torque. Rear - and four-wheel-drive versions, manual transmissions are generally standard, at least on base versions, with automatic gearboxes more prevalent. Most small pickups offer an optional four-wheel-drive system for added traction over wet or snowy roads that includes low-range gearing for off-roading.

The oddball here is the four-door Honda Ridgeline, which rides on a car-like unibody frame and is mechanically related to the Pilot crossover and Odyssey minivan. Instead of a choice of rear- or 4WD, front-drive comes standard with all-wheel-drive optional that’s largely limited to on-road use. Though starting at around $30,000 it’s the costliest small pickup, it’s distinguished by a novel two-way tailgate that either opens in the usual vertical manner or can swing open like a refrigerator door for easier loading and unloading.

Lighter curb weights and smaller engines tend to make midsize trucks inherently more fuel efficient than full-size models. The turbodiesel versions of the Colorado and Canyon are EPA rated at 22/30-mpg city/highway, while the four-cylinder gasoline models are estimated at as much as 20/28-mpg; the V6-powered Honda Ridgeline gets a 19/26-mpg rating.

While passenger cabins on midsize pickups tend to be less spacious than with their full-size counterparts, their pickup beds aren’t that much shorter. For example, the Colorado offers a choice of a 5’2” bed or a 6’2” bed, depending on the configuration (with the latter able to carry eight-foot sheets of building materials with the tailgate lowered).

While small truck-based pickups can be used for modest towing and hauling purposes, given their sturdy rear-drive body-on-frame platforms, they tend to be lacking in either regard compared to full-size units. Most models’ towing capacities range from 3,500 pounds (1,587 kilograms) to around 7,000 pounds (3,175 kilograms) when properly equipped, depending on the engine and configuration.

Small pickup trucks generally come in sporty 4WD models for off-road racers or those who’s think they’d someday like to try careening though rough and tumble trails for the sake of adventure; these models, given their stiffer suspensions and large knobby off-road tires, tend to ride rougher than most pickup trucks, however.

While midsize pickups can be fitted with many comfort and convenience features, they tend to be overshadowed in this regard by full-size models, which can be equipped like large limousines with an open bed in the back. Coming closest is the luxury-minded Denali version of the GMC Canyon, which features a specific chrome grille, custom 20-inch aluminum wheels, and unique heated and ventilated front leather seats.

Full-size models generally start out with a V6 engine for lighter duty use, but typically offer a choice of one or more V8 engines that top out at over 400 horsepower (298 kilowatts). In addition to a V8, Ford offers a choice of surprisingly powerful and capable turbocharged V6 engines, a 3.5-liter version with up to 450 horsepower (335 kilowatts) or a 2.7-liter version with 326 horses. Many of these engines feature systems that shut down as many as half the cylinders when not needed (such as when the truck is at cruising speed) to help save fuel. All full-size models offer a choice of rear- or four-wheel-drive (4WD) versions, the latter with low-range gearing for ultimate traction off-road or for plowing through deep snowbanks; automatic transmissions are standard.

One spec purposeful truck buyers heed is a model’s towing capacity, which for the Ford F-150 maxes out at a mighty 13,200 pounds (5,987 kilograms). However, these numbers depend on engine and drivetrain choices and can be considerably lower depending on how a truck is equipped.

In large part because they’re among the heaviest and most-powerful rides on the road, fuel economy among full-size pickups tends to suffer; the Toyota Tundra with its 5.7-liter V8 is the least efficient full-size light-duty truck for 2018, with an EPA estimated 13/17-mpg. The Ford F-150 – which makes extensive use of weight-saving aluminum along with a choice of turbocharged V6 engines – does much better at 20/26 mpg when fitted with the optional 2.7-liter turbo-V6. The Ram 1500 offers a 3.0-liter turbodiesel V6 that combines gutsy power (420 pound-feet of torque) with exceptional fuel economy (21/29-mpg).

Cargo beds on full-size trucks tend to run longer than with midsize models, but not dramatically so for the most part. For example, most versions of the full-size Silverado come with either a 5’8” or a 6’6” box, but only standard cab models offer a full eight-foot bed to accommodate standard-length construction materials. Full-size models also tend to ride higher than midsize models – perhaps considerably so, depending on the tires and suspension – so be sure to choose a model that’s fitted with running boards or side steps to make ingress and egress easier.

As with smaller trucks, most full-size models are offered in off-road racing versions; Ford’s is called the F-150 Raptor. But the most popular models among full-size pickup trucks these days tend to be luxury-oriented models fitted with rich leather interiors and a generous assortment of upscale amenities; with most selling in the $50,000-$60,000 range they’re extremely profitable vehicles for automakers. Ford offers the F-150 in upscale King Ranch, Limited, and Platinum trim levels, while Chevrolet equips the Silverado 1500 in High Country trim, the Sierra 1500 comes in top-priced Denali versions, and the Ram 1500 is available in Laramie Longhorn, Laramie Limited, and Laramie Tungsten models. On the import side, Toyota sells the full-size Tundra in sumptuous 1794 and Platinum editions, while Nissan offers the Titan in fully loaded Platinum Reserve models.

Why Buy A Midsize Pickup Truck?

Choose a smaller pickup truck if you have modest hauling and towing needs, and can neither afford, not have a compelling reason to own a full-size model. They’re ideal for toting dirt bikes, sports equipment, and landscaping plants without unduly soiling a hatchback car or SUV’s cargo hold. Smaller pickups tend to be easier to enter and exit than half-ton models, given their lower ride heights, though their interiors aren’t as roomy. Their smaller engines generally afford better fuel economy than with full-size models.

Midsize models can arguably make better off-roaders than full-size pickups – especially by virtue of their lighter curb weights and more nimble nature, combined with their smaller profiles that help them fit better over narrow trails without scuffing up the doors and fenders.

Though It’s currently the only car-based pickup truck in the U.S., the Honda Ridgeline is best for casual use, though it delivers the smoothest ride and most car-like handling among all open-bed vehicles, with a roomy and comfortable interior, and a few unique features like the aforementioned two-way tailgate, lockable in-bed storage, and the ability to turn the pickup bed into a giant audio speaker for outdoor entertainment.

Why Buy A Full-Size Pickup Truck?

Though, for many, buying a full-size pickup truck is as much of a lifestyle choice than a practical one – they’re essentially grown-ups’ Tonka Toys – smart spenders look at the practical aspects offered by what are among the most purposeful consumer vehicles.

Though base engines can be on the weak side, all offer more-pleasingly-powerful upgrades to burly V8s or sophisticated turbocharged V6s. You’d think diesel engine, which combine strong power with fairly frugal fuel economy, would be more common among half-ton models, but the only truck offering a turbodiesel as of this writing is the Ram 1500; the F-150 and Silverado are expected to add diesel engines to their lineups in a coming model year.

Choosing the optional 4WD system is essential to ensure secure traction over wet or snowy roads, as rear-drive tends to be lacking in that regard. Low-range 4WD gearing ensures the ability to traverse far from paved roads, either for recreational purposes or to reach a remote job site. Those who plan to make frequent job site runs with a full load of building materials may want to consider a standard two-door, two-seat configuration that comes with a full eight-foot cargo bed.

If you’re looking for the best of both worlds, choose one of the latest luxury-equipped full-size pickups that’s not only roomy, comfortable, and richly appointed, but remain among the brawniest vehicles this side of a big-rig tractor-trailer, able to tackle the toughest jobs during the week and clean up nicely enough for a Saturday night on the town. At the least, they’re well-suited to active upscale families who frequently tow a bot or trailer to the lake or campsite.

And if a full-size pickup’s not large enough or sufficiently capable to meet your needs, consider a heavy-duty three-quarter ton or one-ton truck that possess almost super-human towing and hauling capabilities, but at even stiffer prices that top out at nearly $90,000 for a fully loaded Ford F-450 model.