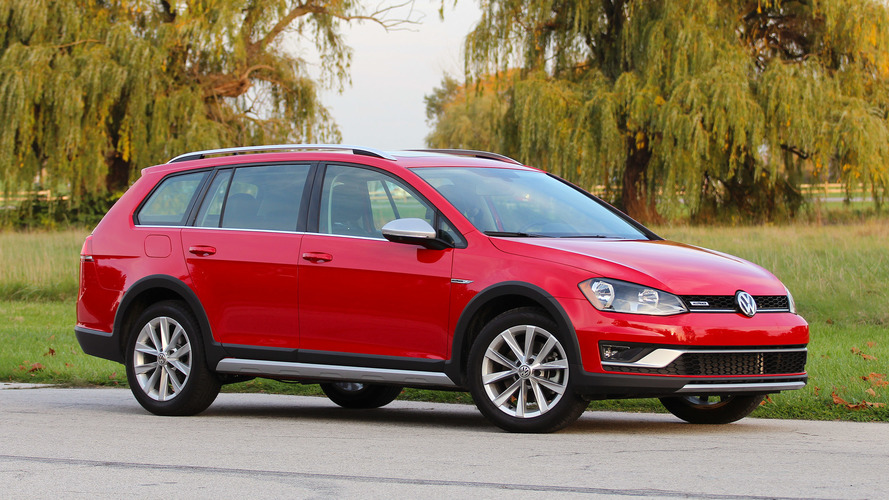 It’s been just over a year since we added a 2017 Volkswagen Golf Alltrack to the Motor1 long-term test fleet. And while we knew we’d like this car even before our long-termer showed up, spending 52 weeks with the Alltrack only solidified our belief that this is a really lovely alternative to a traditional crossover.

Of course, life with the Alltrack wasn’t always perfect. Peruse our logbook entries to read what we had to say during our year of testing, but scroll on down to read our 10 biggest takeaways after living with the Golf Alltrack for 365 days.

You can fit (pretty much) everything.

I don’t have a list of things I could not fit inside the Alltrack, but rather a list of stuff that did fit: bicycles, lamps, kitchen chairs, a desk, the list goes on. Once the car’s rear seats are lowered, there’s a ton of room. That might not sound surprising given that this is, after all, a station wagon. But my real-world success carrying loads of stuff is a solid reminder that an SUV is not necessarily the only way you can transport your belongings.

It’s great for hauling people, too.

I can’t tell you how many times I used the Alltrack to cart my friends around town. It’ll fit four or five adults perfectly fine, with rear passengers never complaining about headroom or legroom shortages. Plus, slide the shade back on that panoramic roof, and there’s an open, airy feeling to the cabin.

On long highway journeys at modest speeds with the cruise control engaged, the Alltrack’s fuel economy figures began with a “3.” But notice all those qualifiers: more often than not, this car’s efficiency disappointed me, especially when I consider the EPA numbers posted by today’s best all-wheel-drive crossovers. It may be a small wagon, but its not-so-aero lift and the drag of its AWD system conspire to suck gas around town at a pace I might expect from a bigger or more powerful crossover. Over the course of the year, our observed fuel economy mostly stayed in the 20-25 miles per gallon range.

You don’t need to get the fully loaded model.

I never really wished for more stuff in our mid-level Alltrack SE. This car has heated seats, a huge sunroof, a robust infotainment system (with Apple CarPlay and Android Auto connectivity), automatic headlights, and all-wheel drive, all for just over $30,000. The SEL model comes with leather and larger wheels, both of which I can happily live without. I’d take the SEL’s HID headlights, but otherwise, I think this is a really wonderfully equipped package at this price point.

It has lots of fiddly things I hate.

As a big person, the Alltrack fits me pretty well in most cases: legroom and headroom, seats aren’t too tight, seating position and visibility all work out. But trying to make use of Apple CarPlay is a nightmare. You almost need a child-sized hand to fit the stupid USB cord into the stupid USB port, which VW has placed about three-inches deep in a tiny little rectangle of lightless space. Does anyone have a tweezers I can borrow?

After finally employing the neighbor kid to plug in my iPhone, the Alltrack isn’t done playing games. Did you want to put that five-ounce phone on the perfectly unoccupied passenger seat? No dice! Any time I have so much as several high quality sheets of paper on that seat, the seatbelt warning beeper is liable to start beeping at any moment. Now, this wouldn’t be so bad if it were at least consistent. But sometimes the seat doesn’t seem to care if I set a phone, or a backpack, or a breakfast burrito on it. Other times, it loses its mind if I rest my hand on it for seven seconds. How is this making anyone safer?

It thrives no matter the weather. The Alltrack powered through slush and snow like a champ, thanks to the triple-play of its raised ride height, all-wheel drive, and the Michelin X-Ice winter tires we fitted. In summer, crack open the sunroof and crank up the A/C to stay cool. And in sudden fall rainstorms that have Detroit streets flooding up to the curbs, that lifted suspension provides a modicum more confidence when it comes to, “I can drive through that puddle, right?” moments.

Fun is where you go, not how you get there.

The Alltrack drives extremely well, but I think any "fun to drive" comes from the cool adventures you take with it, not your time behind the wheel. As well as this car drives – and, again, it's more satisfying than most all rival crossovers – it never feels particularly sporty.

The infotainment is good, but not perfect.

The infotainment system is responsive, except when selecting a different song when my phone is paired over Bluetooth. Selecting something on the screen takes around 30 seconds before it begins playing. However, an experiment while parked showed that picking media directly from my phone made it start playing immediately.

Dumb as this may sound, I love closing the doors of the Alltrack. When doing so, there’s a satisfying thunk that elicits a sense of quality and solidity. That same theme continues on the inside with a nicely laid out and put together cabin. Even the door pockets are finished with a nice carpeted material.

It’s got that cool factor.

Last winter, I tested our long-term Alltrack against three other high-riding wagons, simply to show that if it’s all-wheel-drive and utility you desire, your first thought doesn’t have to be “crossover.” On several occasions during our year with the Alltrack, I received compliments from other drivers: “cool wagon,” or “wow, that looks awesome.” It looks different enough while not being off-putting, and to me, that’s hugely desirable. Why look like everyone else when you can get that added bit of cool factor? The Alltrack is handsome and butch. I love it. 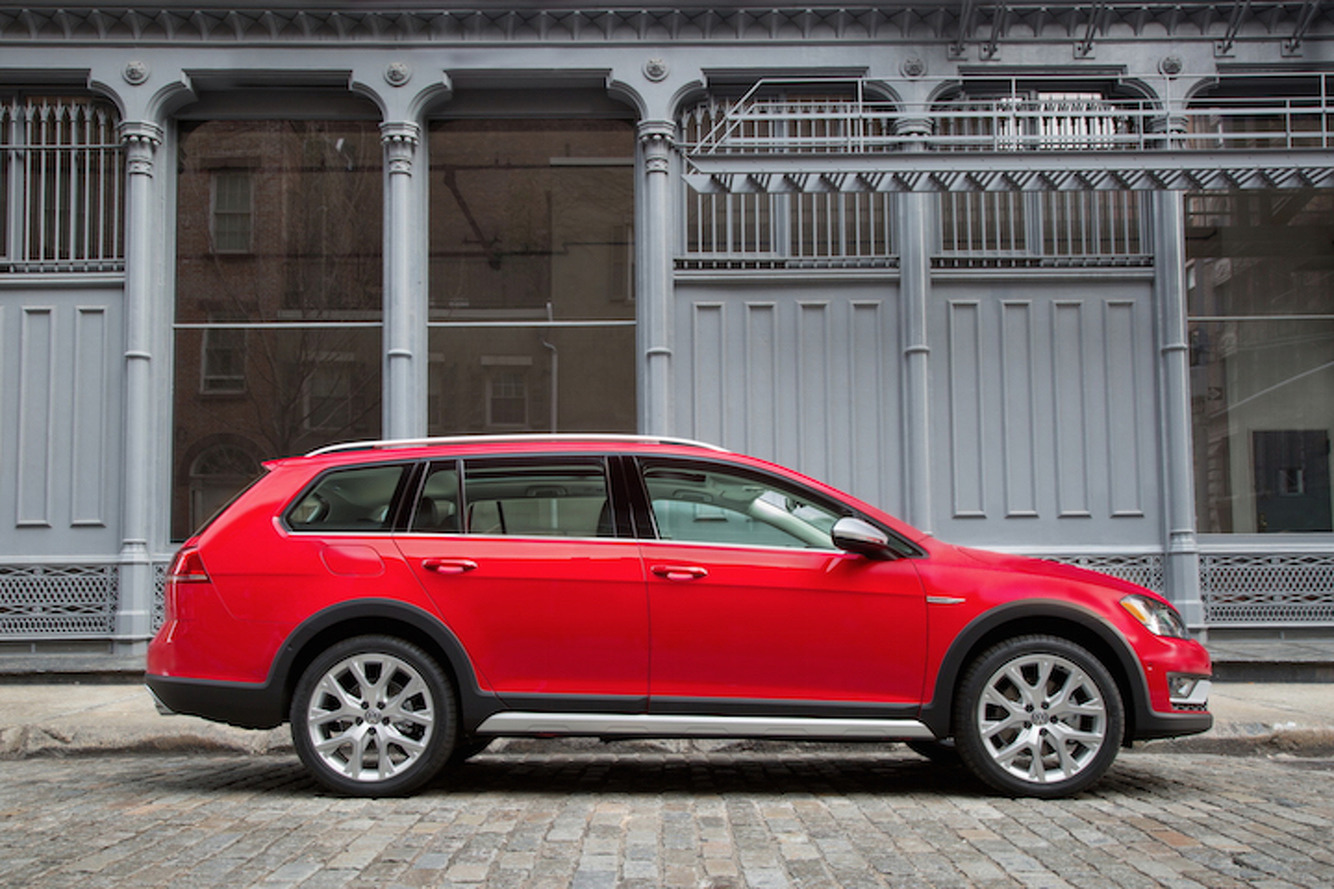