Screw Your Crossover: 4 Lifted Wagons We’d Rather Own 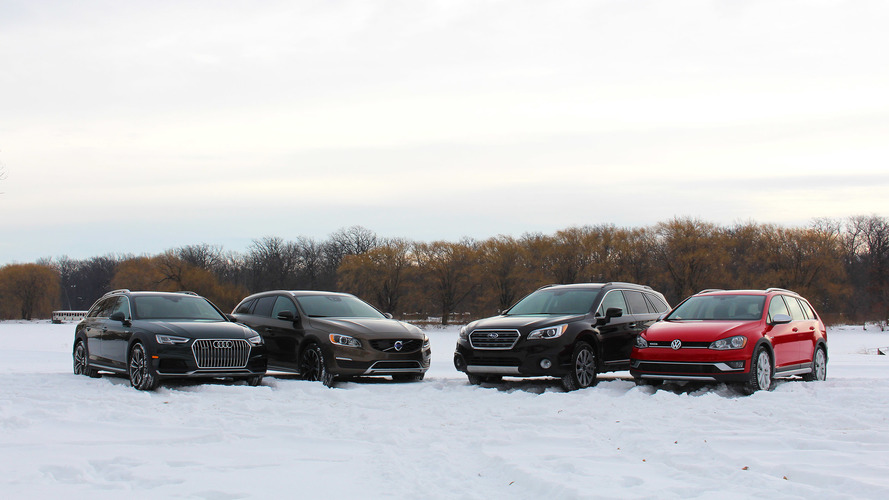 The Audi Allroad, Subaru Outback, VW Golf Alltrack, and Volvo V60 Cross Country do just about everything your CUV can do, and won’t look like what’s in your neighbor’s driveway.

I know, I know, you have to have a crossover. Sales of them are better than ever, and this momentum shows no signs of slowing down. Every single carmaker is rushing to bolster its vehicle lineup with CUVs in different shapes and sizes. Plain and simple, they’re money-making machines.

But crossovers aren’t the be-all-end-all of functional vehicles. Wagons have enjoyed a long history of providing tons of utility with a bit more style than a traditional SUV. They might not be in high fashion anymore, but several automakers are finding niche success with high-riding, all-wheel-drive examples of the traditional station wagon – crossovers themselves between your typical wagon and a rugged SUV.

Over the winter, I brought four of the latest lifted wagons together for a side-by-side look at what makes them so unique. If you haven’t bought into CUV-mania, I urge you to try one of these unconventional offerings. They’ll do all the same work of your taller crossover, but with more style and grace – and in some cases, even a little more space.

What is it? Audi doesn’t sell an Avant in the U.S. anymore, so if you want some longroof A4 action, this is the one to get. It uses the same 2.0-liter turbo-four as the A4 sedan, and comes standard with Quattro all-wheel drive, which now includes a trick electronically disconnecting rear axle that only lets the engine drive the front wheels at times, which results in better fuel economy. Every bit of new tech and luxury from the A4, including Virtual Cockpit infotainment, is all part of the Allroad package.

What makes it great? Nowhere are crossovers more popular these days than in the luxury space, but they tend to sacrifice driving dynamics and style for a bit more functionality. The A4 Allroad looks awesome, both rugged and svelte, with handsome lines and premium style. It drives exactly like its sedan counterpart, too – the added suspension travel and higher ground clearance do nothing to upset the A4’s smooth ride and cornering stability. Of this tall wagon foursome, the Audi is indeed our favorite to drive.

Why not a crossover? In this case, you’re looking at a comparably equipped Audi Q5, which actually costs about the same as an Allroad, trim for trim. The Q5 rides on the same platform, uses the same powertrain, and has the same Quattro Ultra all-wheel-drive system, but the Allroad is lighter, and more fuel efficient. Plus, with the Allroad, you’re getting a better-looking package, with the Q5 only offering a couple cubic feet more cargo space out back. Given a choice between the two, we’ll sacrifice the couple of cubes for a car that’s better to drive and a lot more unique in the Allroad.

What is it? More than perhaps any other automaker, Subaru has found success with its lifted, all-wheel-drive versions of hatchbacks, wagons, and even sedans, brought into mainstream focus in the mid-1990s with the Outback. The Outback is now synonymous with outdoorsy activities, thanks to its rugged charm, great functionality, and go-anywhere capability.

What makes it great? In its current generation, the Outback is larger than a number of compact crossovers, so in addition to being functional and useful for folks who like to venture off the beaten path, it’s comfortable and capable for family duty. It’s super versatile. Ask anyone who’s bought an Outback – they won’t be switching back to a traditional SUV anytime soon.

Why not a crossover? The Outback is actually Subaru’s largest vehicle (right now), offering more room inside than most versions of the Forester. Trim for trim, the Outback is just plain nicer than the Forester, too, with more comfortable seats and nicer materials throughout the interior. This is Subaru’s flagship, and it shows.

What is it? A lifted version of Volkswagen’s Golf Sportwagen, fitted with the company’s 4Motion all-wheel-drive system. It’s powered by the same 1.8-liter turbo-four as other Golf models, and can be had with a six-speed manual or six-speed dual-clutch transmission.

What makes it great? The Golf Alltrack you see here is the long-term test car that the Motor1 team has been driving for the last six months. We’ve had it in every weather condition, used it for road trips, and enjoyed it as a companion for daily use. It’s pleasant to drive, while returning good fuel economy numbers; we can’t think of a single situation where we’d rather have a “normal” CUV instead of the rugged, easy-to-use Alltrack.

Why not a crossover? Volkswagen’s only compact crossover offering is the long-in-the-tooth Tiguan, which rides on the last-generation Golf platform and uses Volkswagen’s old 2.0-liter turbo-four, which offers 30 more horsepower and 8 more pound-feet of torque than the Alltrack, but way worse fuel economy (an Alltrack tops out at 32 mpg highway, the Tiguan, 24). Furthermore, the Alltrack offers more cargo space when the rear seats are up, and its longer shape helps for carrying lengthy items when the rear seats are folded.

What is it? Volvo kicked off its Cross Country line of lifted wagons in the late 1990s. But long before that, Volvo was best known for its leadership in the wagon segment – models like the 240 are icons in the history of wagons. This Cross Country is a more capable version of Volvo’s V60 wagon, which in turn is based on the S60 sedan. It’s incredibly handsome, full of Swedish charm, and might we say, it looks dapper in brown.

What makes it great? Again, Volvo wagons are automotive icons, and the Cross Country models are butch and beautiful at the same time. None of its underpinnings will surprise you – 2.0-liter turbo engine, all-wheel drive – but the driving experience is comfortable and rock solid. Plus, this thing has the best seats in the entire automotive industry. It’s way more comfortable than most mainstream CUVs.

Why not a crossover? The current XC60 isn’t all that different from the V60 Cross Country – not only do they share a powertrain, they share interior designs, materials, and technology. In that case, the V60 earns high marks for being more attractive, and a more interesting option, kind of like the Allroad compared to a Q5. It’s just plain cooler, period. 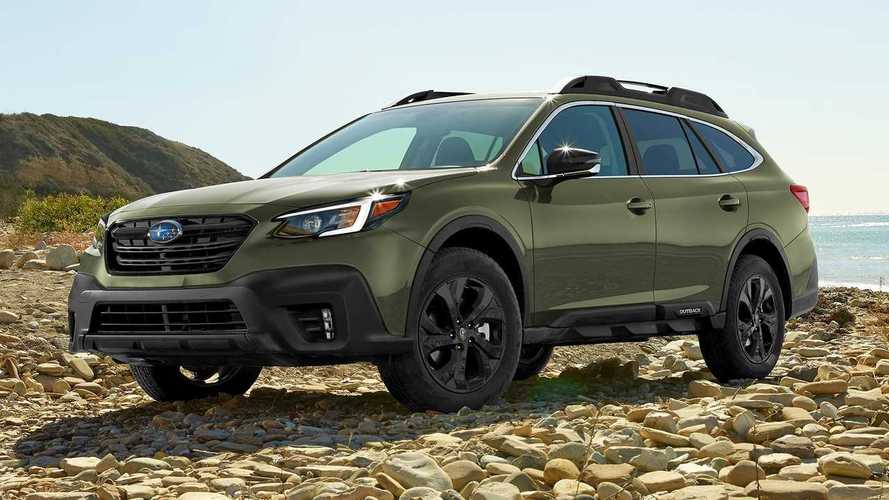