Sometimes the best update means simply not screwing up an already great car.

I’m fascinated with Japan’s hardwired attention to detail. Pick up a Seiko at Bic Camera, be it $5,000 or $50, and you’ll walk out with a carefully wrapped box, a crispy folded receipt in a tasteful envelope, and a general sense that you’ve been well taken care of. Each serving dish and utensil at seemingly every meal has been thoughtfully regarded to maximize function and appearance. Hell, even the boxes that hold Takara Tomy’s die cast cars are as compelling as the models themselves. For a guy who still forgets on which side of the plate the knife is laid – when I bother to eat at a table – it’s a compelling, bizarre, and riveting way of life.

After three sessions, three laps at a time, in the 2017 Subaru BRZ at a tricky little handling circuit next to Fuji Speedway, I’m already almost convinced that company engineers are similarly programmed. The light and nimble coupe that I’ve spent the last four years growing to love – hardly changed, at a glance, for the new model year – has been fastidiously revised. 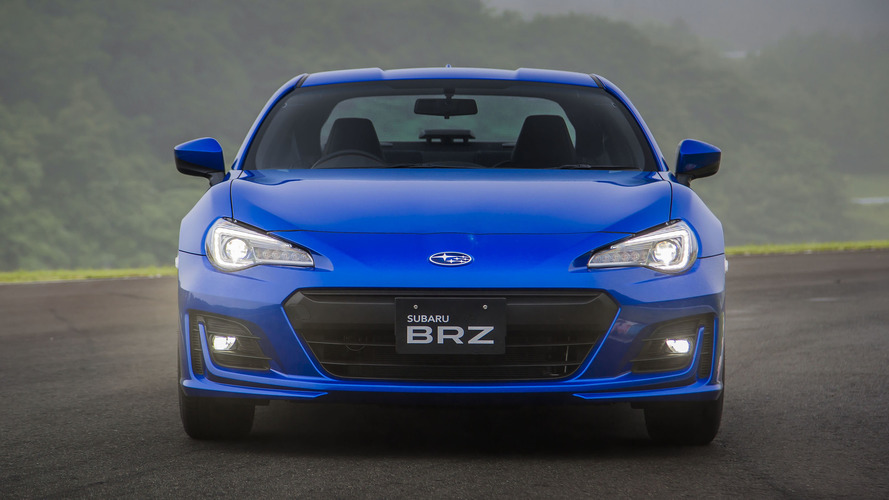 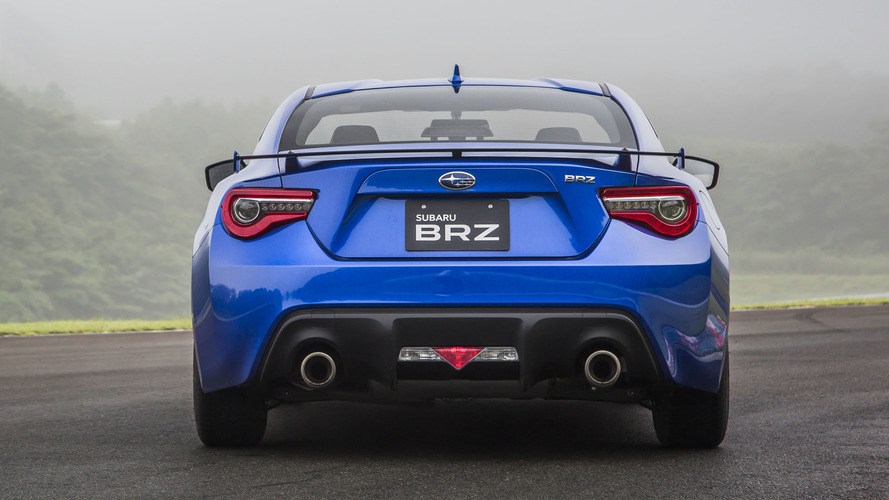 The light and nimble coupe that I’ve spent the last four years growing to love has been fastidiously revised.

Careful planning, even on the Japanese level, couldn’t have calculated better weather for me to experience what’s best about what’s new with the BRZ. On the long bus ride from Tokyo out to Fuji, close, dense fog clings like damp lace to the terraced hills and deeply green mountainsides. Intermittent drizzle is peppering the prepared test cars – a mix of base trim vehicles, Performance Package variants, and the existing 2016 models – at the short course. If you’re thinking that a slippery track and a rear-drive Subaru doesn’t sound ideal, well, you’re wrong. Because the home run difference between the old car and the new is the added Track mode, and, I suppose, retuned traction control in general – both on stark display in these low-grip conditions.

Even set to the less restrictive Sport mode, the current car does its best imitation of a helicopter mom on Fuji’s handling course (which strings together about six corners and a hill over a roughly one-minute lap), anxiously hovering, waiting for disaster to strike. Traction control comes on with a halting crunch with just about any indication of the car’s lively rear end sliding out. Motive buzz gets killed, but quick. For a car whose internal target is “pure handling delight,” this is less than ideal.

The altered programming for the new model fixes this problem, even in the wet. Behind the wheel of the ’17 BRZ, around the same corner at similar speeds and angle, I feel my sliding rear merely bumped into trim by the electronic minders, not harassed. With the new Track mode engaged, I’m still freer to position the car as I like with both steering angle and throttle modulation, and that’s a supremely positive attribute for a car this balanced. Even turning the traction control systems completely off – an option that was available on the outgoing car as well – doesn’t yield a scary car on this rainy day. 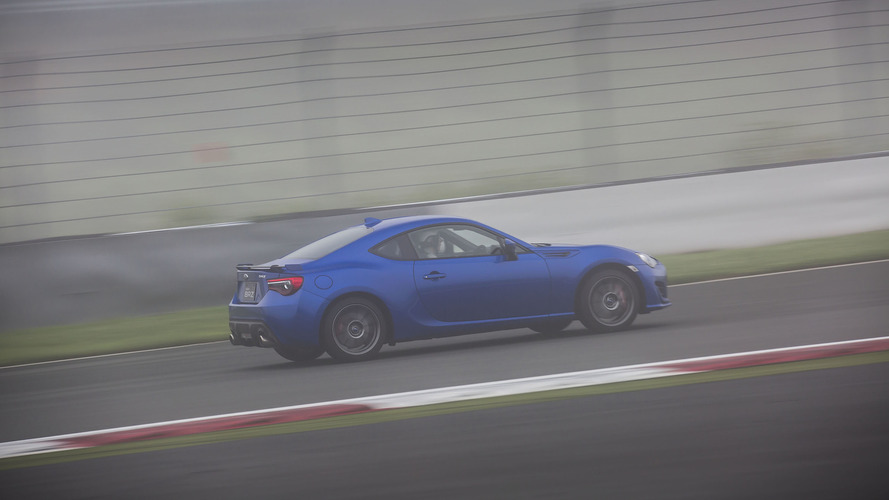 The revision of the traction control programming seems to make a bigger difference than the manicured suspension.

Doing something like disabling the traction control is silly in many cars, but not so in the BRZ. Subaru has taken a fine-handling machine and made it both stiffer and more willing to change direction, primarily by improving roll resistance and retuning the springs. In brief: the front of the car has been firmed up, and the rear springs made more compliant. A fuller explanation includes a mention of a thicker rear stabilizer bar out back, too. The word “softer” may seem like anathema to the uninitiated, but the truth is that it follows both common sense and general Subaru handling-tuning principals. The stiffer fore section of the car – in addition to a mildly revised electronic power steering system – creates a willing turn-in character and a vehicle that’s able to rapidly alter its direction. In concert, not opposition, the softer rear springing allows for the back tires to stay in close contact with the pavement at all times, with the added bracing ensuring that untidy roll doesn’t follow brisk course correction.

In truth, after driving the old and new cars back to back, the revision of the traction control programming seems to make a bigger difference than the manicured suspension. But both are good. And both elements speak to the persnickety work Subaru has done to improve what is a largely good-handling car, to begin with. 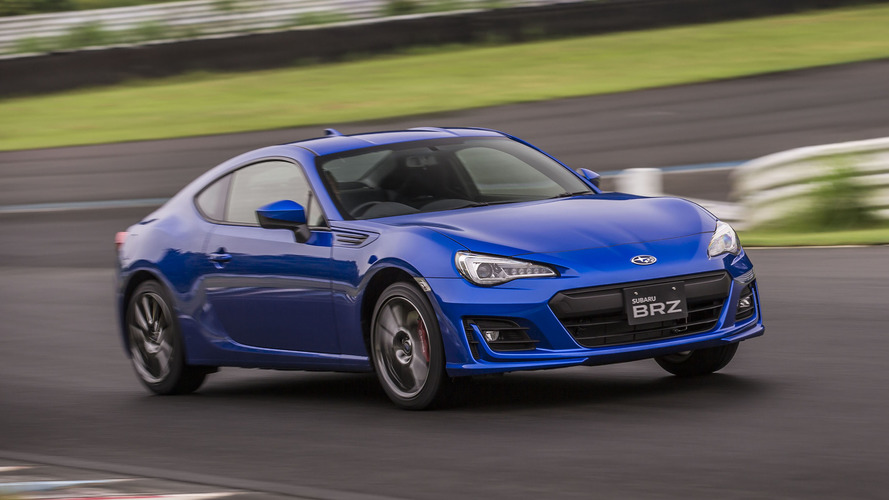 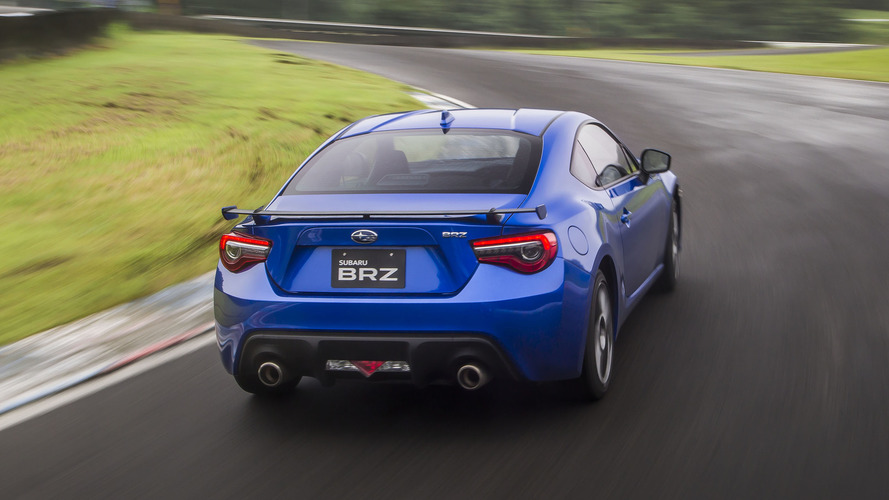 Truth be told, I liked the slightly softer setup of the standard car, even on Fuji, with its progressive body roll (slight though it is) keeping me very in tune with every bit of mid-corner slippage.

After a morning at the shorty handling track, driving the big Fuji course is revelatory. Here’s a circuit that I’ve seen Formula 1 cars tackle, and one that I’ve traversed thousands of times thanks to the digital confines of Gran Turismo. If I’m honest with you, it’s the stint at Fuji, as much as the shot at the new BRZ, that’s pushed me to take the 14-hour flight from Detroit to Tokyo.

A morning of warming up hasn’t improved the conditions at one of the country’s most famous speedway’s either. A persistent Nipponese slurry of drizzle and dense fog engulfs Fuji’s 2.8 miles; Earthbound clouds hanging close to each hill, corner, and braking zone. It’s a good thing I’m cautious, and that this Subaru has a limited reserve of hello-Armco power. And it’s a better place to feel the differences offered up by the Performance Package.

Said equipment list includes wider wheels, faster-reacting Sachs dampers, and larger, more powerful Brembo brakes. (For the U.S. market, all BRZ models will now get a rear spoiler.) On the short course it was the dampers alone that really stood out, making the BRZ feel stouter under a hard cornering load. But Fuji Speedway is a playground for long, fast, courage-testing sweepers, and a big straightaway. Especially under these damp conditions, the added bit of stiffness makes itself known after I drive both the Performance Pack car and the base. 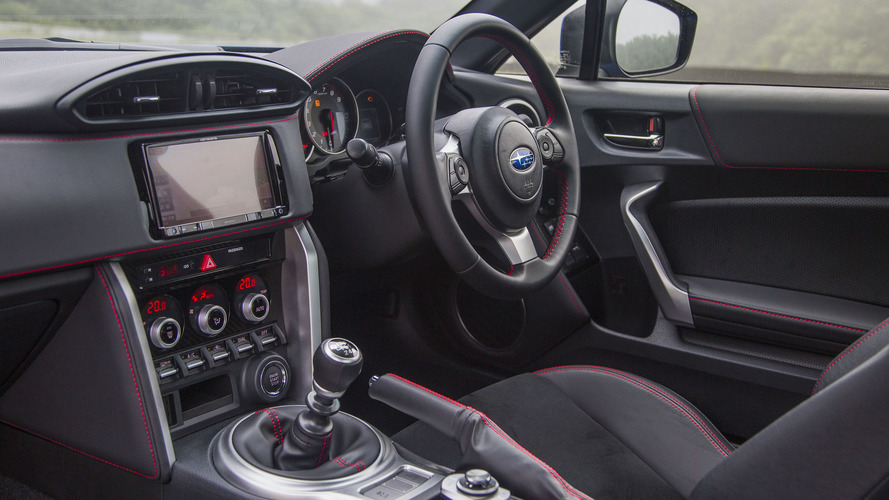 The engine has received a meticulous upgrade from company engineers, even if the headlining numbers aren’t big enough to grab you.

It’s important to note that I only experienced this new BRZ under track conditions – no portion of the drive occurred on regular roads. I can intuit that the newly free traction control settings will make the BRZ a friendlier backroad companion, and that the revised steering will be recognized by Sunday drivers, as well. But the primary difference offered by the Performance Package upgrades would seem to be lost on casual driving; it’s fair to say I’ll need a longer test at home to know for sure. Truth be told, I liked the slightly softer setup of the standard car, even on Fuji, with its progressive body roll (slight though it is) keeping me very in tune with every bit of mid-corner slippage.

You probably think I’m stalling, or burying the lede, by not mentioning the powertrain yet. As with the rest of the facelifted BRZ, the engine has received a meticulous upgrade from company engineers, even if the headlining numbers aren’t big enough to grab you. Power output has risen to 205 horsepower, up from 200, and torque increased by five pound-feet, from 151 to 156. If I’d lapped Fuji a few dozen times, and been clocked, I don’t doubt that the increase in power and torque would help me net out quicker average runs. But the changes – including friction-reductions to engine internals, a revised cam, updated exhaust, and pistons with a hardened coating – don’t make the BRZ feel instantly quicker. Still, for what is essentially an extremely comprehensive mid-cycle refresh, this is impressive attention to detail. Car nerds will care, even if it remains to be seen if shoppers will notice. (Oh, and only manual-transmission cars get the improved engine. BRZ shoppers foolhardy enough to opt into the six-speed automatic get suspension and appearance alterations, but the existing motor.) 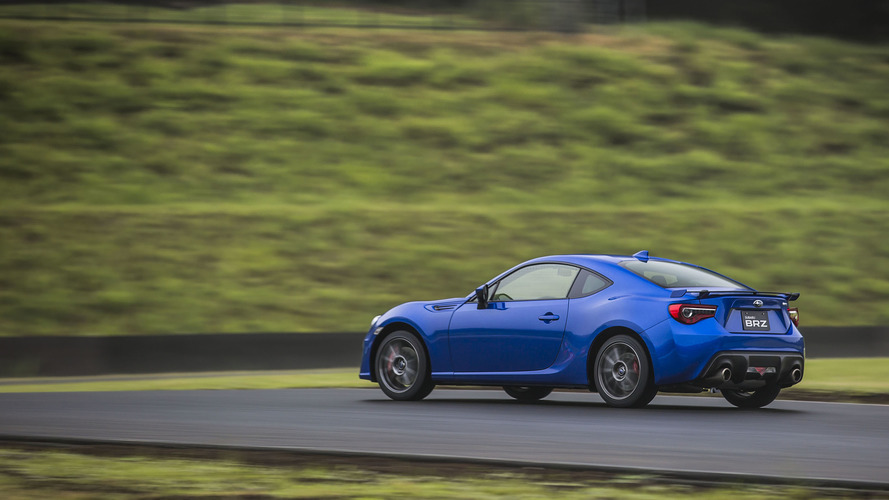 For what is essentially an extremely comprehensive mid-cycle refresh, this is impressive attention to detail.

Cosmetic updates should help close any of those potential buyers that are on the fence, though. The interior has more leather and soft surfaces; a very slightly smaller steering wheel with an easy to grab, easy to wrangle shape; and supportive seats that didn’t merit a complaint from me, or guys smaller than my six-feet and five inches. From the outside you’ve got to be sharp to spot the differences in the 2017 car: new 17-inch wheels, C-shaped LED headlights, and a mild visual widening thanks to front and rear fascias. It’s a fresh take, not a reinvention, of a good-looking coupe to start.

You’ll have to pay attention to spot the details, in both appearance and driving personality. But as with many things in Japan, those details add up to a satisfying, well-considered experience. The BRZ has always been Subaru’s most cerebral performance product – with no turbos or all-wheel drive to punch up the headline. I think it’s appropriate then, that the 2017 update happens in inches, not yards; a more perfect wrapping for one of the motoring world’s most characterful cars.