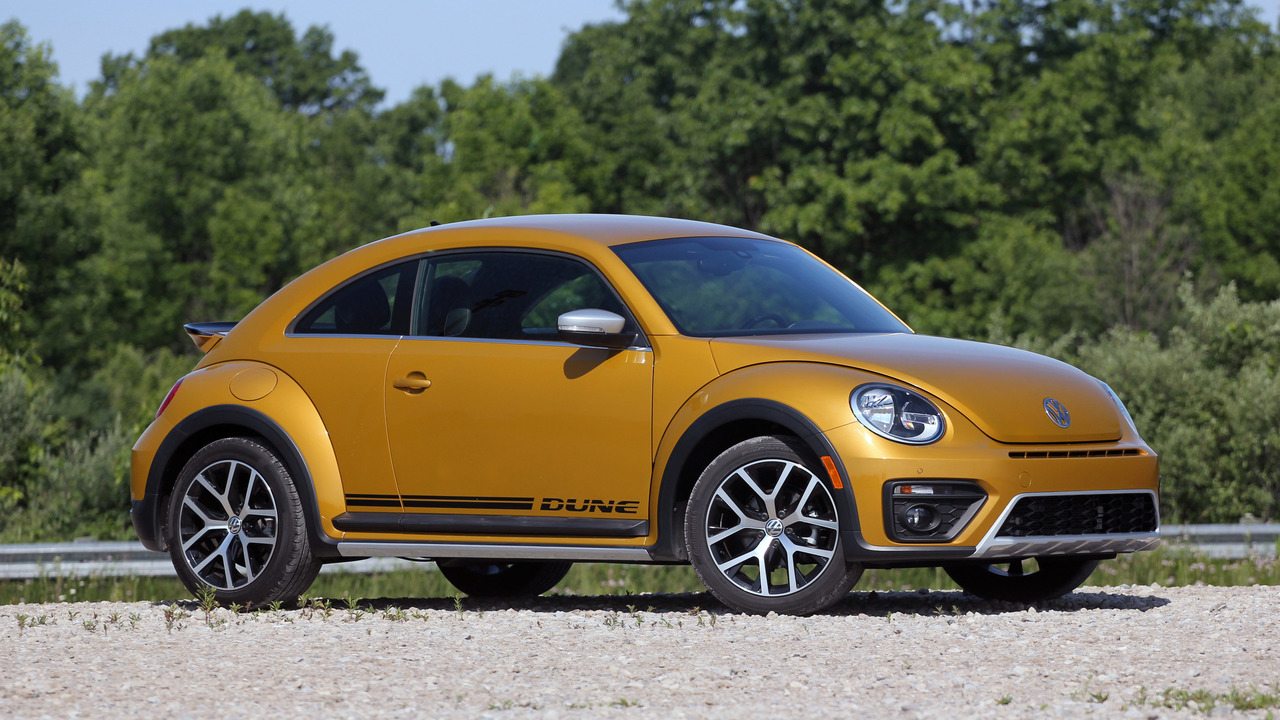 Volkswagen’s always trying to convince us the modern Beetle is still relevant. That’s a tough case to make considering its appeal is entirely emotional. A Golf, for instance, is cheaper, more functional, and more fun to drive. But a Beetle, well, nothing looks quite like a Beetle.

So VW turns to special editions to keep us interested in its scarab, often ones inspired by Beetles past. There’s the bumblebee-like GSR, the super-retro Classic edition, and this year’s Denim model, for instance, as well as this guy, the Beetle Dune. Had it not been for such positive reaction to the concept version in 2014, the Beetle Dune would’ve idled away into obscurity. But you all spoke, VW listened, and now the car’s in production.