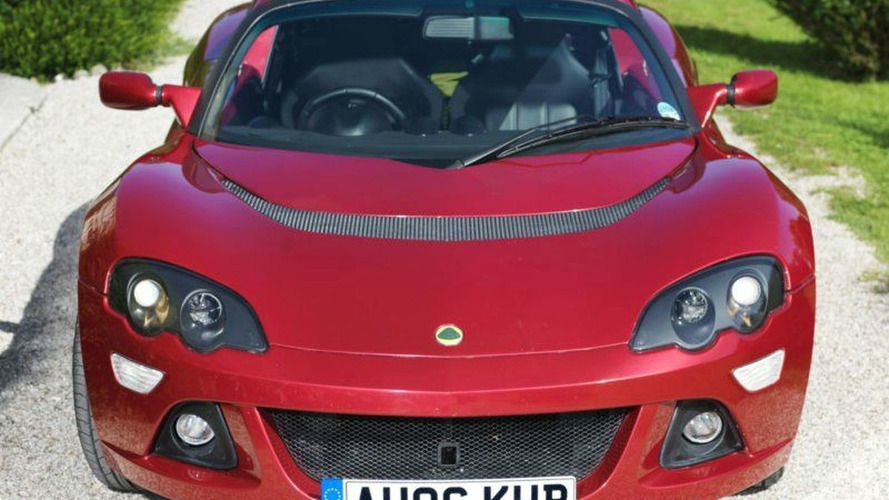 According to the PR speak anyway. Another way to look at it would be that this is the aborted Proton-badged sportscar based on a VX220 that simply needed a home, so Lotus whacked a badge on it and looked to sell it on pure heritage.

Lotus founder Colin Chapman built an empire on the principles of lightweight engineering. And the philosophy has long outlived the man, as Lotus continues to produce flyweight sportscars that can blow the competition from the face of the road. But this isn’t always enough and now the marque has gone upmarket, slightly, with the Lotus Europa S.

This will be the most luxurious car in the line-up, built for owners who want to use their car every day. They need boot space, doors that don’t demand a contortionist’s flexibility and a more relaxed driving experience than the track-focused Exige or back-to-basics Elise.

According to the PR speak anyway. Another way to look at it would be that this is the aborted Proton-badged sportscar based on a VX220 that simply needed a home, so Lotus whacked a badge on it and looked to sell it on pure heritage.

Either way, this is a Lotus with the edges filed off, which is a success and failure in its own right. And it’s a revival, too, as the Europa coupe was one of Lous’s greatest successes when it was first launched in 1966, so expectations are high.

The Europa S is much smaller than pictures can ever convey, it’s like a grown-up sportscar got shrunk in the wash, but it might just be enough to make the Lotus a viable choice rather than an expensive weekend toy. At €41,500 it’s not cheap, but it will always be fun and with just 500 units planed per year, there shouldn’t be many left on the forecourt.

It weighs in at just 995kg and on the guided tour before our drive through Luxembourg and into France, the ‘luxuries’ included carpets, properly padded seats, Sat-Nav, air conditioning, a boot that will just about take a suitcase and other things we’d take for granted anywhere else.

Based on the Elise platform, it’s just 30cm longer, and this gave the styling team to go for a more rounded shape that doesn’t rely on downforce, though sadly it has lost the sharp focus Lotus has become famous for.

The back end droops and looks simply fat compared to the latent aggression from the manufacturer’s other offerings. But it grew more bearable as the miles peeled away en route to France, where the beautiful simplicity of this car made us instant friends and I actually couldn’t see its fat ass.

It’s so light that every scrap of information at the wheels makes it through to the cabin. The race-bred Bilstein monotube shock absorbers and Eibach springs have been set-up for comfort and this car has nothing like the razor’s edge sharpness of the Exige and Elise as Lotus doesn’t see it as a serious track car. But it is still more than enough to have fun on the public road and offered sensational grip on the flowing, winding roads of rural France.

You need to recalibrate your imagination when driving a Lotus to racing car level, that’s how well they hold the road is compared to the lardier offerings from the mainstream manufacturers. But the Elise and Exige were also hard work. High strung engines, zero sound insulation and a taut, fidgeting set-up mean they are punishing over a long journey,

Not this one, the Europa S would swallow up the motorway miles in sixth gear without inflicting injury or even discomfort, it’s a car for all seasons that’s still fun on your favourite road.

A lightweight bonded aluminium chassis forms near racecar construction under the refined veneer and caters for both safety and rigidity in one fell swoop. Twin airbags were another concession to the modern world and the Lotus is so nimble on the brakes and in sudden changes of direction it would prefer to get you out of trouble in the first place.

It comes with four-channel ABS, too, although it is so finely tuned you may never even feel its gentle intrusions. Lotus is one of the few manufacturers that goes to the trouble of mixing the brands in the brakes and evaluating different tyre brands and compounds on the company test track to fine-tune each model. As a result the Europa sits on Bridgestones, rather than the regular Yokohamas that Lotus generally opts for, and has an AP Racing brake kit at the front and Brembo at the rear, which shows just how far they’ve gone to achieve a ‘natural’ balance without relying on the electronics.

Built with mild understeer as the first response to over exhuberant cornering, the Europa can be thrown into corners at ridiculous speeds. The limit is clear and well communicated and stepping over it gives nothing more serious to deal with than a mild hop to the side or a predictable push at the front. You can get the rear out, but you really have to try.

Beyond 100mph the turbo can be heard clearly whistling like a kettle and the two-litre adopted a harsh, throaty roar. Sound insulation adds weight, so there really isn’t much. You can hear every breath the engine takes, but that’s something you’ll either grow to love or bear. This is visceral motoring and things like the gurgling whoosh of wastegates opening is all part of the thrill.

Lotus uses the same two litre turbocharged engine that made the VX220 Turbo so great. It produces 197bhp, which isn’t a huge amount in the modern world. Throttle response, too, isn’t as precise as it could be and betrays the driving experience. But it can still propel this pocket rocket to 60mph in 5.8s and all the way up to 150mph. And the precise, sharp six-speed gearbox means it’s rarely out of a generous powerband.

Designed as a more relaxed Lotus, this car relies more on torque than revs to get around with 200lb/ft available at 5000rpm. This translates to easy progress in a higher gear. But when the opportunity presents, and behind the wheel of this car most roads look like fair game, you can really put the hammer down and feel the full force of the turbo kicking in and throwing the car at the horizon as the wheels grip the apex of every bend like Velcro.

It’s still going to be hard to justify as comfort is clearly the secondary concern in the Europa S. It might be the most comfortable Lotus yet, but then a carpeted floor would be an improvement for a homeless man. With added focus, better looks and track capability, the Exige is still the best Lotus on the market.

Still, for those that love the brand yet need a car to take the daily grind, and even a suitcase, the Europa S is raring to go.