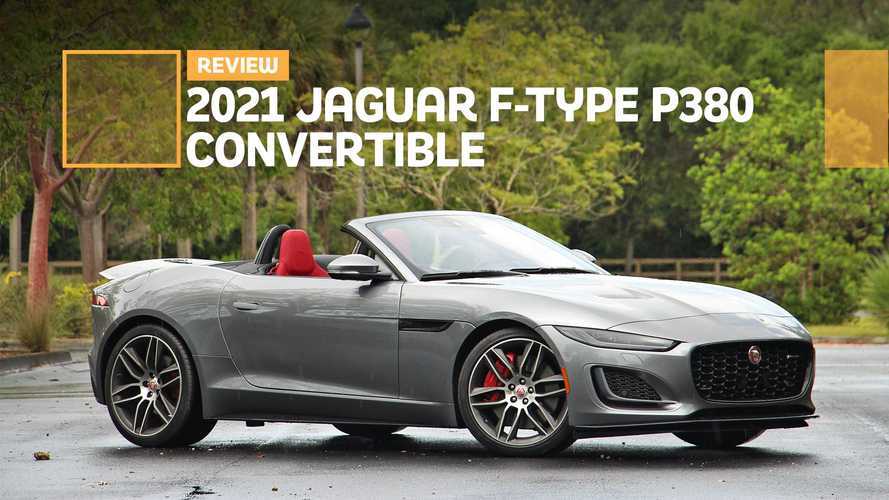 Still a good sports car, but starting to feel a bit dated.

When the first Jaguar F-Type debuted, it was a revelation. The Ian Callum-designed masterpiece of a sports car wowed crowds at the 2012 Paris Motor Show and had us itching to get behind the wheel. But it's been nearly 10 years since then, and only recently has Jaguar noticeably updated the F-Type in an effort to keep it fresh. And while any attempt at an update is good, we aren’t sure Jaguar went far enough this time.

While the F-Type definitely still looks pretty and drives well, the 2021 model doesn't move the needle as much as newer, better competitors do. The Jag lacks some of the advanced in-car tech you get on alternatives, doesn't have nearly enough active safety equipment, and is expensive comparatively. This particular model starts at $84,900 – which makes it the priciest car in the segment by a good margin.

The new Jaguar F-Type looks good, but maybe not as good as the last one. The slimmer, horizontal headlights don't really work in the Jag's favor. Compared to last year's vertical units, the new headlights make the car's hood look much longer than it actually is, which clashes with the otherwise stout body. And the two lower vents are bigger and a little too busy. At least the grille loses the previous model's gloss black bar across the center, replacing it with a seamless mesh weave instead. That said, the F-Type is still very much a looker.

Iffy front fascia aside, the rest of the car’s design goes pretty much unchanged – and the F-Type is definitely the better for it. The body still looks sleek, with its dramatic rear haunches, new 20-inch wheels, and slim taillights that extend out and around the rear fender. And few cars look as good as the F-Type with the convertible top removed (less so with the cloth roof up).

There isn't much new inside the 2021 F-Type. The same 10.0-inch touchscreen and three central dials from the previous model carry over, acting as the focal point of the center console – but there is a brand-new 12.3-inch digital instrument cluster that looks much sleeker than last year's analog gauges. And yes, the two central air conditioning vents still pop up out of the dash on startup, which is super neat. This particular R-Dynamic model also gets a no-cost Interior Luxury package, which adds metal treadplates, more leather, and premium interior lighting – and it’s all very nice.

Droptop two-seaters can only be so comfortable, and compared to the rest of the class, the F-Type falls somewhere in the middle of the pack. The power-adjustable sport bucket seats are very supportive, the seating position is superb – it's nicely angled to the steering wheel and center console – and the standard electrically adjustable steering wheel is a great feature that not enough cars have. There's also leather everywhere as part of the no-cost optional Interior Luxury pack, and even in our R-Dynamic teaser, the ride is surprisingly smooth.

The roof itself operates quickly; it retracts in just 12 seconds at speeds of up to 30 miles per hour. But like most convertibles, the cloth top lets in a lot of wind noise and the cabin feels pretty tight for your six-foot-tall author. By comparison, the F-Type has less headroom (36.8 inches) than the BMW Z4 (38.9), though the Jag is slightly better than the BMW in legroom, boasting 42.8 inches of space versus the Z4's 42.2 inches.

Jaguar Land Rover's new Pivi infotainment system can't get here soon enough, because the old Microsoft-based Touch Pro infotainment system is a frustrating system to use. It's slightly improved from last year with better graphics and quicker processing, but the screen still lags, doesn't respond well to touch inputs, and trying to swipe or pinch – on the navigation in particular – is extremely difficult. Plus, in our week with the F-Type, the screen went totally black on more than one occasion.

At least things like navigation, Apple CarPlay, Android Auto, and a 4G LTE Wi-Fi hotspot all come standard. And a new 12.3-inch digital instrument cluster – same as what you get on other new JLR products – carries over to the F-Type. And it’s very good. The digital instrument cluster is highly configurable, with the ability to display information on either side of a single digital tachometer or in between two traditional gauges.

One good thing about the F-Type's supercharged 3.0-liter V6 is that – like the V8 – it still sounds bonkers. Either toggle the drive mode selector to Dynamic, or press the exhaust button behind the shifter, and the Jag belts out a beautiful, deep note when you get on it. With 380 horsepower and 339 pound-feet, that V6 is plenty powerful, too. The F-Type roadster will sprint to 60 miles per hour in about 4.9 seconds (even though that’s about a second slower than the BMW Z4), with torque peaking at about 3,500 RPM. That V6 does its best work between 3,000 and 4,000 RPM.

But even in Dynamic mode, the gas pedal has too much give. Throttle application isn't highly direct like we'd expect, and it takes a good amount of foot pressure to get the Jag up to speed. The eight-speed transmission could be a little quicker in automatic mode as well, but it responds better when you tug at the paddle shifters. Paddle upshifts hit with a noticeable crispness joined by an intoxicating burble from the exhaust.

As a convertible, there’s something to be desired in terms of handling – the more rigid coupe feels tighter in the corners. But the droptop F-Type still handles well enough, with mostly flat movements and a nicely weighted steering rack that responds quickly to inputs. You can still fling this car into a corner and it responds excitedly and with ample grip, especially thanks to our tester’s all-wheel drive.

Standard safety equipment on the F-Type includes a front collision warning with automatic emergency braking, lane-keep assist, front and rear parking assist, and traffic sign recognition. And in our test, they all worked as expected (thankfully, we didn’t have to test the automatic emergency braking feature). Our car also includes the no-cost Blind Spot Assist package, which adds blind-spot monitoring and rear cross-traffic alert.

But this particular Jag does lack some features found elsewhere in the segment, like adaptive cruise control with stop-and-go and lane-centering. Those probably won’t be deal-breakers for most F-Type shoppers, but they are something to consider.

Like most sports cars, the F-Type is pretty thirsty. The V6-powered Jag gets 18 miles per gallon city, 26 highway, and 21 combined. Compared to the alternatives, that’s not great. The Audi TT Roadster and BMW Z4 M40i both return 26 mpg combined, while the Porsche 718 Boxster S returns 22 combined.

But at least the Jag feels like it’s a relatively good value, offering things like the Blind Spot Assist package, two-zone climate control, black exterior package, Interior Luxury pack, and heated and cooled front seats at no extra cost. The only additional cost is the $1,025 destination and delivery fee, which brings the total cost of our tester to $85,925.

Read Our Other F-Type Reviews: 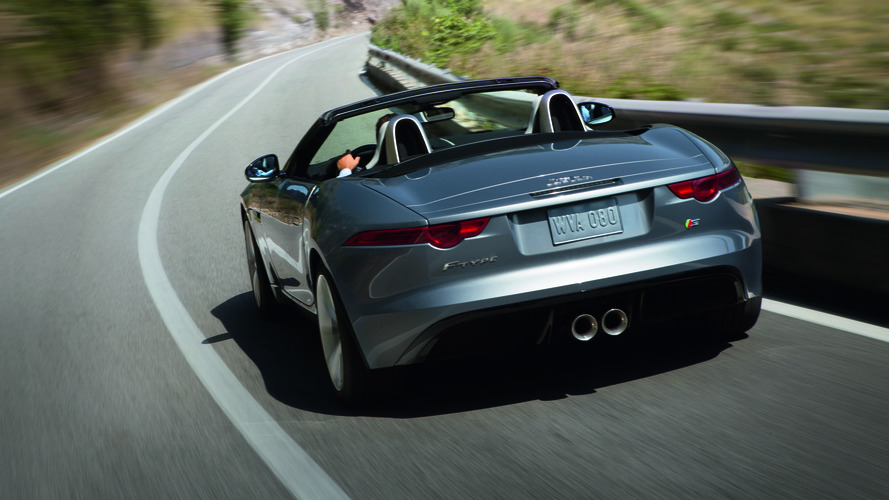