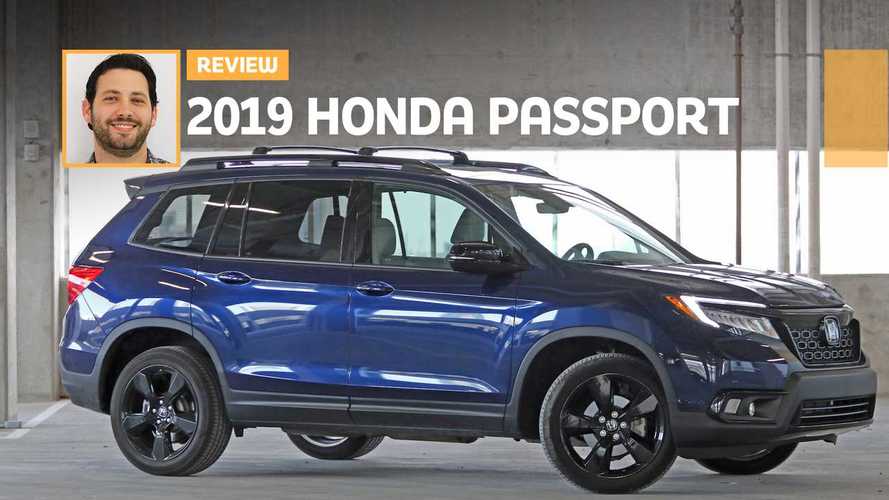 The Passport is a formidable entry into the growing mid-size crossover segment.

The 2019 Honda Passport marks the return of the years-old nameplate to the Honda lineup. No longer a rebadged Isuzu SUV, the reborn Passport is a crossover with real Honda roots. And it’s not shy about hiding those roots, either, thanks to styling that largely mirrors the larger Honda Pilot’s. The commonality between the Passport and Pilot goes beneath the skin, though, as the two crossovers share the same underpinnings and powertrain bits.

What the two vehicles don’t share, however, is an overall length and maximum passenger capacity. With a six-inch shorter shadow and only two rows of seats, the Passport is certainly less accommodating than the Pilot. But what the Passport loses in cargo and people-carrying capacity, it makes up for with its additional go-anywhere ability. Well, at least that’s what Honda hopes. In truth, the Passport is a family vehicle, albeit one aimed at families that don’t need or want a third-row of seats in their crossover SUV.

The Passport looks like a Pilot that’s been in the dryer for too long. That’s not necessarily a bad thing, as the 190.5-inch long crossover trades some of the Pilot’s frumpiness for added hunkiness. The most notable change comes to the rear of the vehicle, as the Passport benefits from a noticeably shorter rear overhang. The cut rear-end complements a lifted suspension, which affords all-wheel-drive models 8.1 inches of ground clearance (7.5 inches on front-drive models) and a 27.6-degree departure angle (26.8 degrees on front-drive models), or 0.8 inch and 6.8 degrees better than the equivalent all-wheel-drive Pilot.

The Passport further separates itself from the Pilot with styling features such as a model-specific front fascia with additional blacked-out trim pieces and a partial matte finish. Additionally, the Passport’s stubbier rear end incorporates a more aggressive window line, a reworked tailgate design, and a new rear fascia.

The mid-size Honda crossover arguably looks its best in the higher-spec Touring and Elite trims, which wear five-spoke 20-inch wheels set on wider tires (265/45 all-seasons compared to the lesser Sport and EX-L trims’ 245/50 rubber) and include a set of roof rails. Yet, the largely inoffensive looking Honda lacks the rough-and-tumble style of the Jeep Grand Cherokee or the aggressive design of the Chevrolet Blazer.

Like its exterior, the Passport’s passenger compartment largely mimics that of the larger Pilot. Those in front greet a wide dashboard with ergonomic-friendly controls for the standard tri-zone (driver, passenger, rear) automatic climate control, and an easy-to-read 7.0-inch digital instrument cluster. Meanwhile, a push-button gear selector lives on the low-mounted center console that also includes a large storage space with a sliding cover.

Thanks to its Pilot-matching 111.0-inch wheelbase, the Passport is an impressively comfortable mid-size crossover. Front-seat riders sit on well-cushioned bucket seats with individual folding center armrests. EX-L, Touring, and Elite trims include a 10-way, power-operated driver’s seat with memory and a four-way power passenger’s seat, as well as front-seat heaters and leather seating surfaces. Touring models add heating elements to the rear outboard seats, while the Elite turns things up even further courtesy of ventilated front seats and a heated steering wheel.

Touring and Elite models also benefit from acoustic front and rear glass, as well as an acoustic windshield, the latter of which also comes on EX-L models. Our Elite tester was free from any undue wind or road noise, however, we wonder if exterior noises afflict the cabins of lower-level Sport and EX-L trims.

No matter the trim, the three-across rear bench offers long-haul comfort courtesy of 39.6 inches of legroom and 61.9 inches of shoulder room, the former of which tops the Grand Cherokee by an inch, while the latter betters the Jeep by a whopping 3.9 inches.

Despite sharing its platform and powertrain with the Pilot, the Passport is far livelier from the driver’s seat. Credit the Passport’s slightly lighter curb weight (a Passport Elite like this one weighs 82 pounds less than the equivalent Pilot), the aforementioned additional ride height, and a slightly quicker steering ratio (15.8:1 for the all-wheel-drive Passport compared to the 16.0:1 rack of the Pilot).

That said, the Passport’s dynamics are far from engaging. This is a family crossover, after all, and it handles as such. Ride quality errs on the side of comfort and the body leans noticeably through turns.

Still, the Passport remains surprisingly confident through corners. Credit its responsive steering, predictable chassis dynamics, and the available all-wheel-drive system’s ability to send up to 70 percent of the engine’s power to the rear axle and up to 100 percent of that rearward grunt to either the left- or right-rear wheel.

Thanks to its 280 horsepower 3.5-liter V6 engine, the Passport accelerates at an adequate clip. Those in search of more pull ought to consider the available 360-hp 5.7-liter V8 in the Grand Cherokee. For most consumers, though, the Passport’s bent-six offers enough oomph to tackle the daily grind. A nine-speed automatic transmission that’s rather slow to downshift and occasionally hunts for gears is the crossover’s sole gearbox. Steering-wheel-mounted paddle shifters afford additional driver control, while a Sport mode sharpens the transmission’s responses and launches the crossover from a stop in first gear (second-gear starts are the default setup for the standard Drive mode, although this mode will allow first-gear starts with a heavy-enough left foot). Sport mode’s propensity to hold gears, however, makes it a poor choice for typical stop-and-go driving.

Despite the setup’s formidable kit, its user interface falls prey to menu-overload, somewhat small on-screen buttons, and a lack of physical buttons. At least there’s a proper volume knob for cranking up or down the stereo system’s decibels.

In testing by the National Highway Traffic Safety Administration, the Passport earns an overall rating of five stars. The Insurance Institute for Highway Safety (IIHS) gives the crossover Good ratings in all categories except for passenger-side front overlap and headlights. The former earns the second-highest rating of Acceptable, while the latter receives the lowest rating of Poor. The IIHS’s headlight rating applies to the standard LED low-beam and halogen high-beam headlights of the Passport Sport and EX-L models, as well as the LED low- and high-beam headlight setup of the Touring and Elite trims.

At $31,990, the Passport’s base price is among the highest in the segment. In fact, only the entry-level Jeep Grand Cherokee ($32,195) and Toyota 4Runner ($35,310) start higher. At the same time, the Passport’s two cheapest competitors, the $28,800 Chevrolet Blazer and the $25,750 Hyundai Santa Fe, each come standard with far less powerful, naturally aspirated four-cylinder engines. To get either crossover with an engine that better competes with the Passport’s V6 requires spending a minimum of $33,300 on the Chevy and $34,200 on the Hyundai.

Although all-wheel-drive is a $1,900 option on the Passport Sport, EX-L, and Touring trims, the feature comes standard on the top-of-the-line Elite tested here, which starts at $43,680. The Elite comes fully kitted and includes trim-specific items such as ventilated seats, a heated steering wheel, rain-sensing windshield wipers, and a wireless phone charger from the factory. With $1,095 in destination charges, our Passport rang up at $44,775. Pricey, but not above the norms of the segment. A similarly equipped Blazer RS costs $48,270, including destination, while a 4Runner Nightshade Edition runs $48,460, including destination. The Passport Elite is far from the best value among its peers, and penny pinchers ought to check out the Santa Fe Ultimate 2.0T, which comes in at $39,895, including destination. 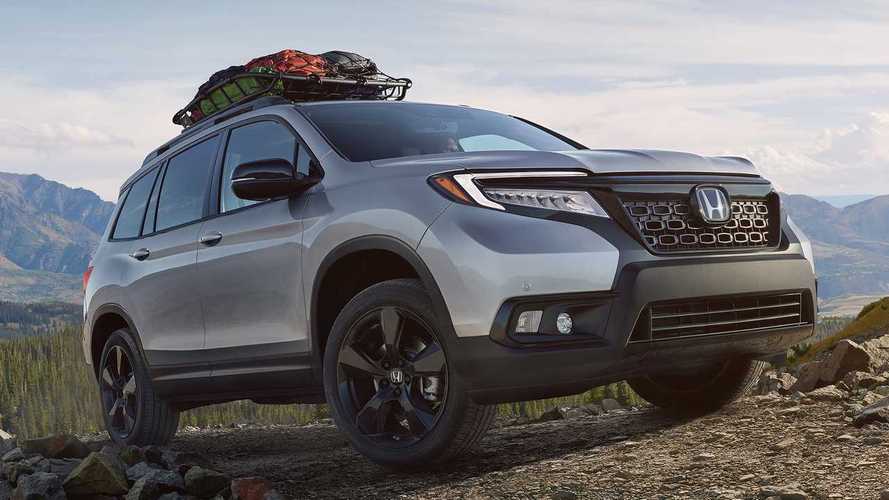