The all-new Sierra HD is as capable as it is handsome.

They say you never forget your first time. Mine was with a Cougar. Or maybe it was a Fuzion. Honestly, I’m not very good at remembering names. Regardless of the Keystone camper’s model designation, I certainly won't forget my first time towing a fifth-wheel trailer. 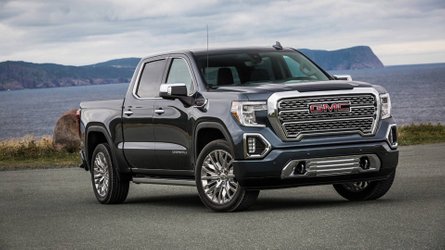 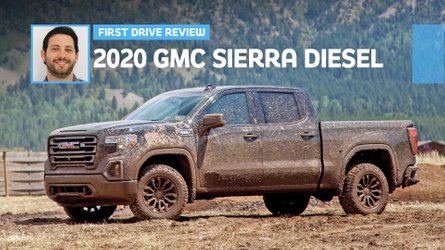 Credit the 2020 GMC Sierra HD for the memorable experience. Its sturdy underpinnings, torque-rich diesel engine, and multitude of exterior-mounted cameras allowed me to dutifully negotiate the truck and trailer past roundabouts, through parking lots, and on dirt roads like a seasoned pro.

Like its predecessor, the latest Sierra HD shares its major mechanical components with the Chevrolet Silverado HD. This includes the truck's frame, transmissions, standard 6.6-liter V8 engine with 401 horsepower and 464 pound-feet of torque, and available turbodiesel 6.6-liter V8 that packs a hearty 445 horses and 910 pound-feet of twist.

Despite a peak torque figure that fails to top the sums of the most potent, diesel-drinking Ford and Ram heavy-duty trucks, the turbodiesel GMC’s 35,500-pound maximum towing capacity bests its competitors’ figures by 500 and 400 pounds, respectively. It also marks a significant increase over the prior Sierra HD’s 23,300-pound maximum tow rating.

No surprise, then, that the Sierra HD hardly broke a sweat while towing the sub-14,000-pound Keystone trailer along the undulating roads in and around Jackson Hole, Wyoming. Key to the GMC’s easy-going nature is its new 10-speed automatic transmission. Supplied by Allison, the gearbox imperceptibly swaps cogs and keeps the diesel engine in the heart of its powerband (gas-sipping Sierra HD’s use a six-speed automatic transmission).

Pin the accelerator to the floorboard and GMC claims the combination of low-end diesel grunt and a myriad of gear ratios help the Sierra HD accelerate to 60 miles per hour in 19.9 seconds while pulling an 18,000-pound trailer. That’s more than two seconds ahead of a comparable Ram under the same conditions, according to GMC.

With the Keystone in tow, the Sierra HD is certainly not quick by typical standards. Still, the truck has enough oomph to quell my fears of causing traffic congestion on the uphill sections of Wyoming’s Route 26. Lose the trailer, and acceleration improves noticeably, although ride quality suffers somewhat without a load pushing down on the stiffly sprung rear axle.

What goes up must come down, though, and the diesel Sierra HD’s 14.0-inch front and 14.0- or 14.1-inch rear disc brakes work with a factory-installed exhaust brake to slow the big truck on downhill sections of the drive. While the left pedal predictably modulates brake pressure during light braking, it’s long stroke and wooden feel impede confidence under heavy braking. Likewise, the hydraulic-assist steering’s light action benefits low-speed maneuverability but sacrifices high-speed stability due to some on-center slop.

The Sierra HD counters its dynamic deficiencies with a barrage of available cameras that offer up to 15 different exterior views by way of the truck’s 8.0-inch infotainment screen. In particular, the left- and right-side views that come on with the flick of the turn signal stalk, as well as the transparent-trailer view, which displays a feed from a camera mounted at the rear of the trailer, serve as confidence boosters during lane-change and turning maneuvers.

Ignore the available camera functions and the touchscreen offers crisp graphics, quick response times, and simple menu structures for accessing and interacting with the system’s various infotainment functions. As in other General Motors products, the Sierra HD offers a handful of hard buttons on the dash for infotainment and climate controls, as well as an available 8.0-inch gauge cluster display and a massive 15.0-inch head-up display. There are also sizeable storage pockets throughout the cabin, including a large space under the center console armrest.

Yet, the Sierra HD’s interior feels a step or two behind that of the Ram HD’s, as it lacks the available 12.0-inch touchscreen and rich interior materials of its cross-town rival. Even in the leather-lined Denali model, which includes kit such as open-pore wood and dark-finish aluminum trim, the GMC’s interior appears rather low-rent. In fact, the Sierra HD Denali’s innards look and feel much the same as the $2,600 cheaper Silverado HD High Country’s, because, well, it is much the same.

Unlike the GMC’s handsome exterior, which looks as chiseled as Arnold Schwarzenegger next to the Chevy’s Danny DeVito, the interiors of these genetically similar trucks are both DeVitos. It’s a shame the Sierra HD’s cabin falls so short of its exterior design, which is among the best in the segment. Thank the truck's prominent grille and big headlights with distinct C-shaped LED running lights that merge gracefully into muscular front fenders.

That said, the extra price of the GMC doesn’t only nab a prettier face. It also includes additional equipment, such as the brand’s six-function MultiPro tailgate (available across the line and standard on SLT, AT4, and Denali trims). Combined with an inch-lower bed height and bed-side steps located fore of the rear wheels, the latest Sierra HD’s box is noticeably easier to access than the prior model’s.

That’s good news for consumers looking to use the truck for towing a fifth-wheel (or gooseneck) trailer, too, as the lower bed should make hitching easier. Trust me, I towed a fifth-wheel trailer once.