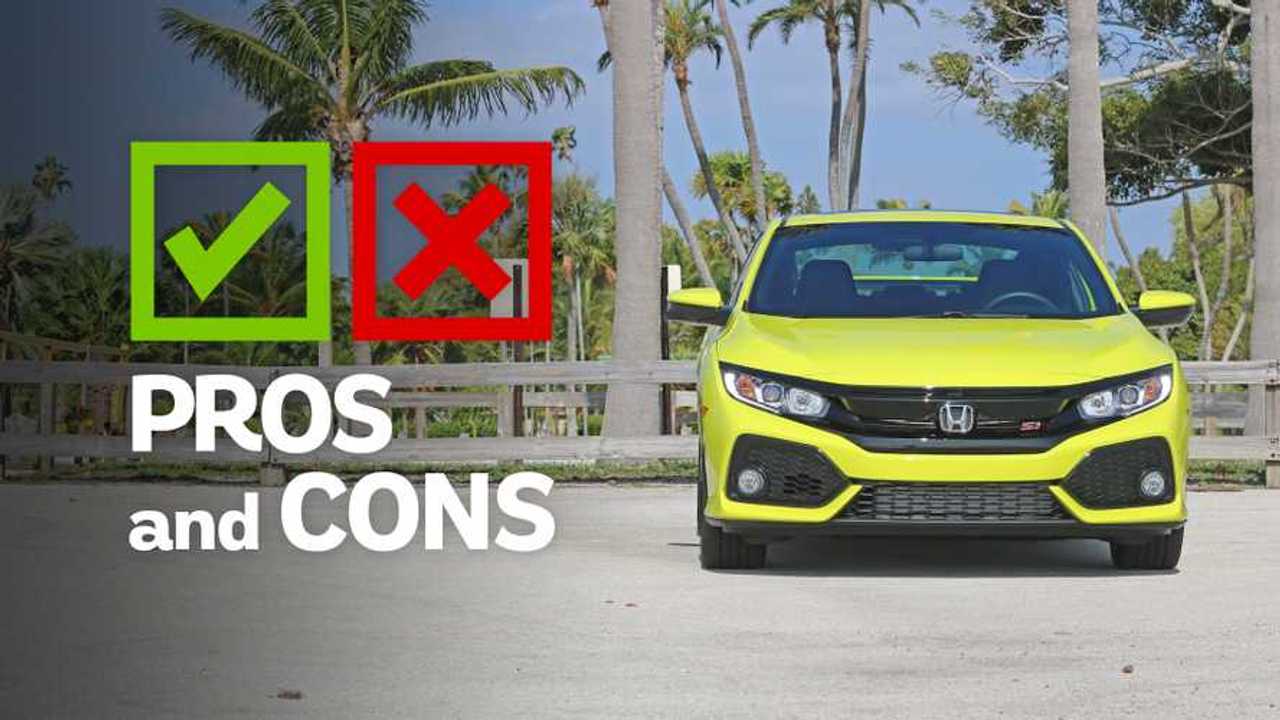 If the 2019 Honda Civic model line is a mountain, then the 306-horsepower Type R is its peak. But not everyone is capable of climbing all the way to the $35,700 hot hatch. That's where the Civic Si Coupe and Sedan come into play.

With a base price of $24,300, the 205-hp Civic Si offers a truly entertaining driving experience for a reasonable starting sum. Thanks to standard items such as two-mode adaptive dampers, a six-speed manual transmission, dual-zone automatic climate control, and a 7.0-inch touchscreen infotainment system with Apple CarPlay and Android Auto compatibility, the Si is as adept at the limit as it is in day-to-day traffic.

No matter how you slice it, the Civic Si is an absolute riot to drive. No surprise really, given the pieces Honda places in its sport compact. Underhood sits a torque-rich, 205-hp turbocharged 1.5-liter four-cylinder engine that mates to a six-speed manual transmission. While the engine does suffer from some mild rev-hang at wide-open throttle and the clutch's throw is a tad long, the gearbox's crisp and precise action more than makes up for the handful of slightly irksome traits of the powertrain. It also helps that Honda equips the Si with a standard helical limited-slip differential, which ensures the engine's 192 pound-feet of torque never overwhelms the inside front tire through turns.

Consider the Civic Si's underpinnings its Teller to the powertrain's more vocal Penn. Responsive and eager to please, the Si's chassis complements a set of two-mode adaptive dampers that switch between cushy and stiff at the push of a button. The result is a Civic that's comfortable enough for daily driving duties and rigid enough to curtail excessive body motions during more aggressive motoring.

Factor in the Si's finely tuned and feelsome steering, as well as its lithe 2,889-pound curb weight, and Honda's compact sports coupe will leave you with a Cheshire Cat-like grin each and every time you chuck it around your favorite bend.

After a brief affair with touch-based volume controls, Honda is finally reconciling with the volume knob, which returns to the Civic lineup as part of a 2019 update. It's not the only change to the interior, though, as the 2019 Civic Si also receives larger cupholders, an indicator light on the parking brake switch, physical – as opposed to the previous touchscreen-based – fan speed buttons, and lightly revised steering wheel controls.

Power and efficiency live in harmony in the Civic Si. In spite of its 205-hp stable, the Si's turbocharged four-cylinder engine manages an EPA-rated 28 miles per gallon in the city, 38 mpg on the highway, and 32 mpg combined. Only the significantly smaller, but similarly powerful, Hyundai Veloster Turbo comes close to the Civic's fuel economy, with the stick-shift South Korean returning EPA-rated figures of 26 mpg city, 33 mpg highway, and 29 mpg combined.

With 36.5 inches of front-seat headroom, the Civic Si Coupe is down a full inch to its four-door counterpart. That's enough to make it difficult for a six-foot individual like myself to find a comfortable seating position. Passengers of above-average height might as well skip the three-across backseat entirely, as its 34.5 inches of cranium space is down 2.3 inches to the Si Sedan. In short, get the four-door Si. At $24,300, it's the same cost as the coupe, and it's a hell of a lot more comfortable to boot.

Last year's factory available summer tires are no more, as every 2019 Civic Si now comes standard with all-season tires. The Goodyear rubber is fine for day-to-day driving, but it lacks the grip to make the most of the Si's competent underpinnings. While summer tires remain available as a dealer-installed option, we'll miss the days when Honda installed the Si's summer rubber at the factory.

On its own, Honda's LaneWatch setup is fine enough. The system uses a camera on the passenger-side exterior mirror that relays a video feed into the center infotainment screen and prevents things from getting lost in the Si's passenger-side blind spot. Unfortunately, Honda installs LaneWatch in lieu of blind-spot monitoring. We'd prefer Honda add blind-spot monitoring to the Si, even if it meant ditching LaneWatch.