The sporty Corolla XSE is a marked improvement over the old Corolla, even if its back seat is smaller and its ride is uncharacteristically rough.

The 2020 Toyota Corolla sedan ends the model’s tenure as one of the segment’s bottom-rung options. Resting on the Toyota New Global Architecture (TNGA), the latest Corolla trades its predecessor’s shaky bones for a stiff new structure that imbues a greater sense of dynamic fortitude.

Carrying On With Corolla: 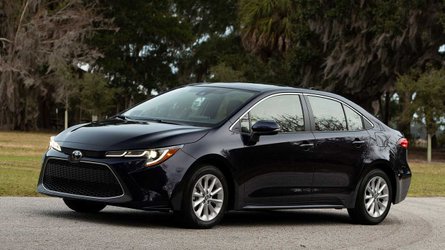 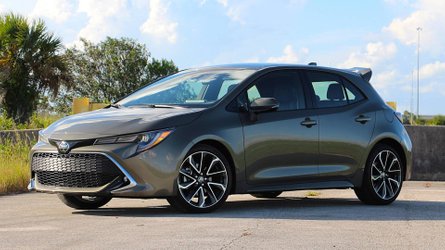 While Corolla L, LE, and XLE trims essentially carryover the previous Corolla’s powertrain, the sportier SE and XSE models feature a new and more powerful 2.0-liter inline-four that mates to a slick continuously variable transmission (CVT) with a fixed first gear. It’s a formidable combination that, in conjunction with the model’s fresh underpinnings and newfound style, helps the Corolla sedan stand out as one of the segment’s more impressive options. At least on paper. But how does this compact Toyota hold up in practice? We spent a week with a top-of-the-line Corolla XSE to find out.

The 2020 Corolla sedan throws the model’s traditionally hum-drum styling out the window. Attractive details such as a gently rising beltline, L-shaped headlights, and a stubby rear end complement reworked proportions that include a shorter front overhang, longer rear overhang, wider front and rear tracks, and a reduction in overall height.

While every Corolla sedan is decidedly handsome, the compact sedan arguably looks best in the sportier SE and XSE trims, both of which include trim-specific LED accent lighting, smoked taillights, chrome exhaust tips, 18-inch wheels and tires, wider side sills, a rear lip spoiler, and a more aggressive front fascia. The latter piece is a bit overdone, if you ask us, as the large lower grille looks like a dental patient wearing a mouth opener. That said, the front fascia that adorns other Corolla models isn’t exactly subtle, either.

Nor did Toyota skimp on the Corolla’s cabin. While its style and material quality can’t quite match the class-leading Mazda3’s, the Corolla’s interior is now competitive with the likes of the Honda Civic and Kia Forte. The materials are inoffensive, the plastics are well-grained, and the design is generally attractive, even if the monolith-like infotainment screen looks a tad too tacked on for our tastes.

How comfortable you find the Corolla depends on your body type. Those on the shorter and lankier side of the spectrum will surely find a pleasant driving position in the compact Toyota, however, taller and less slender drivers may find the Corolla’s seating position rather disagreeable. According to managing editor Brandon Turkus, the more heavily bolstered seats in the SE and XSE trims are noticeably worse than the more comfort-oriented thrones found in the L, LE, and XLE models, with the sportier trims’ seats sitting higher and offering limited height adjustability.

Regardless of trim, every Corolla sedan features a rear bench seat with room for three. With 34.8 inches of rear legroom, the Corolla’s rear seating area is noticeably tighter than its predecessor’s, which offered a Camry-beating 41.4 inches of stretch-out space. In fact, the subcompact Mitsubishi Mirage G4 offers a substantial 2.5 inches of additional rear legroom compared to the latest Corolla.

The Corolla sedan’s trunk, though, grows 0.1 cubic foot relative to its forebear’s. Alas, its 13.1 cubes are still down 2.0 to the Civic sedan’s max capacity. Meanwhile, the standard 60/40-split seatback doesn’t fold flat with the cargo floor.

Thanks to its TNGA underpinnings, the Corolla finally boasts a chassis that’s fully competitive with the best in the class. Unfortunately, the Corolla SE and XSE trims suffer from dreadful ride quality due to their stiff suspensions and 18-inch wheels wrapped in low-profile, Yokohama all-season rubber. The rigid ride is counter to the Corolla’s other dynamic traits, which are uninvolving but predictable. For example, the lifeless steering weighs up nicely through turns and suffers from no on-center slop.

Likewise, the sportier trims’ 169-horsepower 2.0-liter inline-four (L, LE, and XLE models rely on a 139-hp 1.8-liter engine) is powerful enough to move the compact sedan with relative haste but lacks the charm and the plain-like powerband of the Civic’s 174-hp turbocharged 1.5-liter four-cylinder.

At least the Corolla’s 2.0-liter engine mates to a competent CVT. Equipped with a fixed first gear, the transmission permits a spirited trot off the line before shifting to the pulley-based CVT. A manual function allows the driver to swap between 10 ratios courtesy of the console-mounted shift lever or a pair of steering-wheel-mounted paddles. Although the higher-end Corolla XSE is a CVT-only affair, the lower-spec SE is also available with a traditional six-speed manual gearbox.

Technological competence finally finds its way to the Corolla sedan, and every model boasts Apple CarPlay, an available wireless hot spot, and a large touchscreen infotainment system. While the entry-level Corolla L makes do with a 7.0-inch unit and one USB port, all other Corolla models feature an 8.0-inch display and two USB ports. High-end XLE and XSE trims are available with an in-dash navigation system and wireless phone charger as part of the $1,715 Connectivity package that also includes a JBL premium audio system. (The JBL audio system is optionally available in the SE, as well.)

As in other Toyota products, the brand’s latest infotainment system features logical menus, quick reactions to touch inputs, and uninspired graphical displays. A pair of knobs for volume and tuning, and a number of hard buttons lining the side of the screen, further contribute to the setup’s user-friendly nature. Additionally, a 4.2-inch gauge cluster display comes standard, however, XLE and XSE models sport a larger 7.0-inch screen that doubles as a digital speedometer.

All of these features help the Corolla earn a “Top Safety Pick” from the Insurance Institute for Highway Safety. Thanks to the “marginal” rating of its base LED headlights and the “Acceptable” rating of its available adaptive LED headlights (a $450 option on XLE and XSE trims), the Corolla is unable to earn the “Top Safety Pick+” title from the IIHS. The National Highway Traffic Safety Administration (NHTSA) has not done full testing on the 2020 Corolla sedan.

Although the entry-level Corolla L’s $19,500 starting price strikes us as a reasonable value, our high-end XSE’s as-tested price of $28,560 seems rather expensive. That sum included features such as the $1,715 Connectivity package, $450 worth of adaptive headlights, and $945 in destination on top of the trim’s $25,450 base price. That said, the similarly equipped Honda Civic Touring and Mazda 3 Premium cost $28,230 and $28,145 after destination, respectively.

Nevertheless, buyers determined to purchase a Corolla are likely better off in a $23,950 Corolla XLE or $21,950 Corolla SE with the $1,500 Premium package that adds a proximity key with push-button start, a sunroof, and a blind-spot monitoring system. Admittedly, the XLE does without the bigger engine of the SE and XSE, while the SE lacks niceties like heated front seats, faux leather trim, and a power driver’s seat, as well as available options such as an in-dash navigation system or a wireless charging pad. Still, the $1,500 or $2,000 saved over a base Corolla XSE seems worth dealing with the power deficiency of the XLE or the lesser kit of the SE with the Premium package.