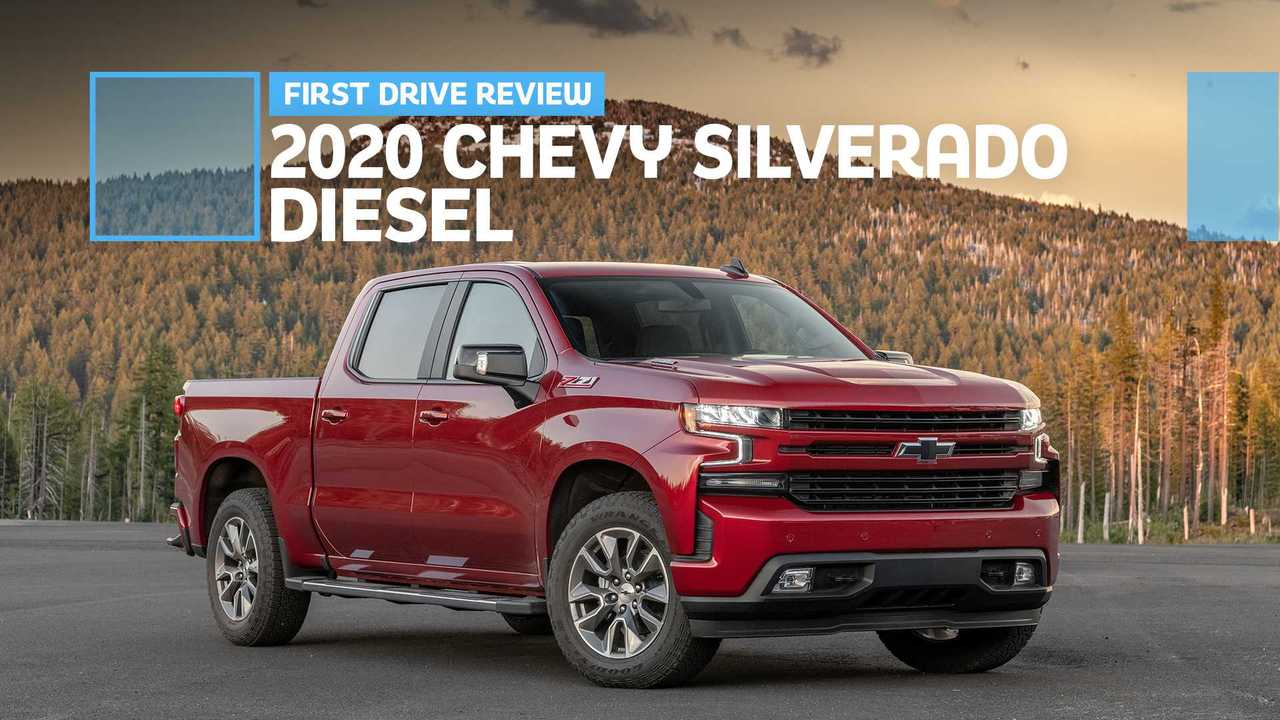 Among Silverados, the new diesel might be the one to have.

UPDATE: A previous version of this story quoted Assistant Chief Engineer for Small-Block Engines Mike Kociba as saying the 3.0-liter diesel has a timing belt instead of a timing chain. Chevrolet has confirmed that Mr. Kociba misspoke. The Silverado 1500's diesel engine has a timing chain. This post has been edited accordingly.

For years automakers told us no to half-ton diesel pickups. They won’t sell. They’ll be too expensive. There’s no demand. Just buy a three-quarter ton with the big 6.0-liter V8 engine. It’s what you really want anyway. The Ram 1500 broke the trend in 2014, though, with the 3.0-liter V6 EcoDiesel and the market responded.

Flash forward a few years and the light-duty diesel truck market is hot. The Ford F-150 added a 3.0-liter diesel to its engine bay a few years back, and now the 2020 Chevrolet Silverado is set to join the fray with a Duramax diesel. Slated to arrive in the fall, delayed one model year after the Silverado arrived thanks to emissions certification issues, the Bowtie’s diesel differs from the competition in its layout – it’s a 3.0-liter straight-six.

The inline engine is an important distinction versus the V6 engines offered by the competition. While performance is similar to the rivals, inline engines are inherently smoother, better balanced, and easier on the ears. Despite the different layout, though, the Silverado 1500 belts out 277 horsepower and 460 pound-feet of torque at just 1,500 rpm (the F-150 packs 440 lb-ft at 1,750 but the new Ram EcoDiesel packs 480 lb-ft at 1,600). In the Chevy’s case, though, 95 percent of peak torque is available at just 1,250 rpm. Not only will this accessible power put a smile on your face, it helps get the load moving when towing.

The off-the-line performance of the two-wheel-drive extended-cab Silverado RST impressed. With just a small throttle input, the Duramax diesel sprung to life and pushed us back in the seat. In fact, we were really thankful I had nothing in the bed, because it would have slammed against the tailgate.

Putting the Silverado into Sport mode alters the throttle input and transmission shift points, and makes for even more fun with the tires spinning under hard acceleration while exiting a corner on the twisting roads of rural Oregon. While the powertrain is new, the diesel-powered Silverado handles broadly like its V8-powered siblings.

An attention-grabber off the line, the 3.0-liter’s power curve has no real drop off in power at higher rpms. While the engine’s abundant power and torque is helpful, thanks should go, at least in part, to the standard 10-speed automatic, which manages the 3.0-liter’s performance well, particularly when making critical moves like joining a freeway. Instead of deciding if you will be merging with the car slightly ahead of you, Chevy’s powertrain combo allows you to plan to merge two cars ahead. It’s that impressive.

The diesel is impressively quiet.

The diesel is also impressively quiet. Chevy added extensive sound deadening in the engine bay to quell the clatter commonly associated with diesel power. There’s a thick piece of foam attached to the underside of the hood, a strip surrounding the hood latch, and then finally – and somewhat controversially for diesel aficionados – a timing belt instead of a timing chain.

But a quieter engine doesn’t lead to an improvement in refinement elsewhere. The Silverado Diesel boasts the same unlikable cabin, filled with cheap, anonymous plastics that barely change from one trim to the other. There’s a lot to like about this diesel, but still not so much to like about the truck it’s attached to.

While Chevy didn’t give us anything to tow, we did drive with some vigor and still achieved a computer-indicated 28 miles per gallon. Chevy was running a contest among journalists to see who could return the best mileage – the winners were in the mid 40s, although that was due to ridiculous hypermiling tactics like driving without air conditioning and folding side-view mirrors. That said, 28 mpg is just fine for this truck.

28 mpg is just fine for this truck.

Officially, though, the EPA hasn’t released estimated fuel economy numbers for the new Silverado. After driving it around, though, it won’t be too much of a stretch for a two-wheel-drive model to net over 30 mpg on the highway. For comparison, the F-150 nets 22 mpg city, 30 highway, and 25 combined. The Ram is slightly less impressive, at 20 mpg city, 27 highway, and 23 combined.

The Silverado’s 3.0-liter turbodiesel costs $3,890 more than the base turbocharged, 2.7-liter four-cylinder, making it an easy upgrade in our eyes. At the same time, the straight-six costs $2,495 more than the 5.3-liter V8. Again, that’s an easy pill to swallow considering this engine’s refinement, power, and likely fuel economy. WIth Chevy joining Ford and Ram in the diesel race, customers that have spent years begging automakers to build diesel half-tons are now spoiled for choice. Get shopping.