The aging Sorento continues to impress.

As its best-selling model in 2018, the Kia Sorento is arguably the most important vehicle the Korean brand sells in the United States. No surprise, then, that Kia blesses the Sorento with a thorough refresh for the 2019 model year. 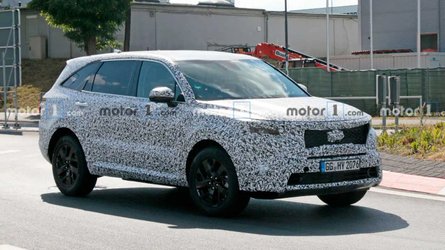 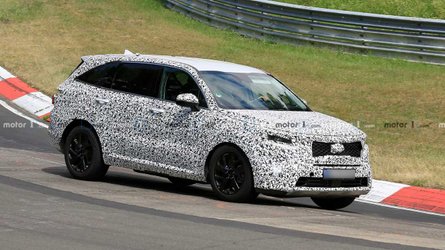 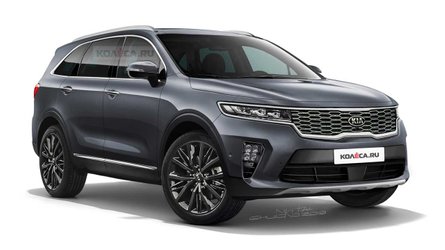 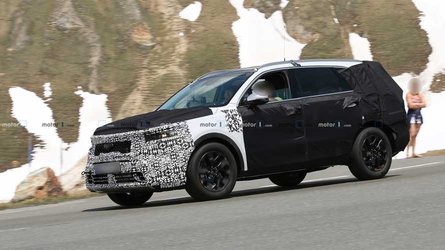 With revised headlights and taillights, improved front and rear fascias, and interior upgrades such as a new steering wheel, standard third-row seating, and a touchscreen infotainment system that’s compatible with both Apple CarPlay and Android Auto on all models, the 2019 Kia Sorento smoothes out the sharper edges of last year’s model without abandoning the midsize crossover’s best qualities.

Save for the all-wheel-drive and cargo cover, we see no reason to check the boxes for this test vehicle's other options. That’s because the top-of-the-line Sorento SX Limited comes equipped with just about every comfort and convenience item a midsize crossover consumer could want.

Opting for the flagship trim, however, cuts into the Sorento’s inherent value. Whereas the base L undercuts competitors such as the Nissan Murano S and the Ford Edge SE by $4,980 and $3,705, respectively, the SX Limited – when equipped with all-wheel-drive – wears a sticker price that’s $2,405 and $340 more expensive than the all-wheel-drive Murano Platinum and Edge Titanium Elite.

Despite entering its fourth model year, the facelifted Sorento remains a handsome thing. New front and rear fascias, a revised grille, and reworked headlights and taillights serve as figurative botox injection that helps keep the Kia crossover fresh against newer competitors such as the Honda Passport and Hyundai Santa Fe.

Although lower-level L, LX, and EX models wear black wheel-well trim and 17- or 18-inch wheels and tires, the higher-end SX and SX Limited make do with body-color wheel-well trim, more aggressive front and rear fascias, and 19-inch wheels and tires. The SX Limited takes things one step further by adding LED headlights and foglights (in place of the standard halogen units) to the mix, as well as a set of gaudy chrome wheels. Wheels aside, the SX Limited is arguably the most fetching Sorento trim, and its mild exterior alterations add an extra dash of style to the midsize crossover.

Like its exterior, the Sorento’s interior is attractive and sensible, and it uses high-quality materials throughout. The SX Limited’s cabin pairs nicely grained, soft-touch plastics with high-class kit such as cloth-wrapped A- and B-pillars, Nappa leather seating surfaces, and stainless steel covers for the accelerator and brake pedals. Updates for 2019 include a new steering wheel design, a chunkier shifter head, and revised climate controls for the available dual-zone system, which now sports its own individual display that’s separate from the infotainment screen. Alas, the small HVAC display’s red hue contrasts with the gauge cluster’s white backlighting. It’s an unfortunate and minor fault in an otherwise well-thought-out cabin.

Comfort is king in the Sorento, provided you’re not relegated to the rearmost row. While the standard third-row seat is small and cramped, the two front bucket seats and the three-across second-row bench all provide soft cushioning and reasonable stretch-out space. Springing for the SX Limited equips the Korean crossover with a number of extra goodies aimed at improving passenger comfort such as heated and cooled front seats, heated outboard second-row seats, a heated steering wheel, and a panoramic sunroof (buyers can add these items – save for the heated rear seats — to certain lower-level Sorento trims, as well).

Storage space is generous, and the Sorento features a handful of large, covered cubbies, including one ahead of the shift lever and another beneath the center console armrest. Popping the rear hatch reveals a rather small 11.3 cubic feet of space aft of the third row. Nevertheless, folding the 50/50 split-folding seats creates a 38.0-cubic-foot cargo hold, or 5.9 cubic feet more than a Nissan Murano offers behind its rear seats but 1.2 cubic feet less than that of a Ford Edge. Dropping the 40/20/40 split-folding second-row seats further increases the size of the Sorento’s cargo area, and nets a total of 73.0 cubic feet of space. Those in need of even more room can opt for a full-size crossover such as the upcoming Kia Telluride, which offers up to 87.0 cubic feet of cargo space.

As part of its 2019 refresh, every Sorento now comes standard with a touchscreen infotainment setup that’s compatible with both Apple CarPlay and Android Auto. A 7.0-inch unit is the default setup on L and LX models, while the Sorento EX benefits from an upgraded 7.0-inch display that runs Kia’s Uvo infotainment software (this higher-end unit is optional on the LX). An 8.0-inch touchscreen with navigation is standard on the SX and SX Limited trims and optional in the EX. The larger unit proves a fine-enough companion thanks to a handful of hard buttons that make it easy to find key menus at a glance. Still, the system’s rather small on-screen buttons, middling graphics, and a multitude of submenus can make it difficult to access certain functions on the fly.

More impressive is the 7.0-inch digital display in the gauge cluster that serves as a speedometer, trip computer, and multimedia display. The LCD screen features crisp and clear graphics and comes standard on EX, SX, and SX Limited trims (L and LX models utilize a smaller 3.5-inch display and an analog speedometer).

Kia does away with the optional 240-horsepower turbocharged 2.0-liter inline-four that previously motivated certain Sorento trims. The base 185-hp 2.4-liter inline-four and 290-hp 3.3-liter V6, however, live on. The four-cylinder powers L and LX models, while the six-pot comes standard in EX, SX, and SX Limited trims (it’s optional in the LX). All-wheel-drive is an $1,800 option on all but the entry-level L, which is strictly available with front-wheel drive.

Still, the Sorento proves a comfortable cruiser, and its soft springs and quiet cabin make for a cushy ride. Don’t expect much in the way of driver engagement, though, as the crossover suffers from an abundance of body roll and a general disdain for lateral motions. Meanwhile, the Sorento’s mushy brake pedal and numb but well-weighted steering do little to inspire driver confidence.

With a five-star overall safety rating from the National Highway Traffic Safety Administration (NHTSA) and a Top Safety Pick+ designation by the Insurance Institute for Highway Safety (IIHS), the Sorento SX Limited checks all the safety boxes we look for in a modern vehicle. The top-end trim comes standard with a number of passive and active safety systems, including LED headlights rated “Good” by the IIHS (the halogen lamps of lesser trims get a Poor rating), automatic high-beam headlights, and a 360-degree camera system (these items are also optional on the SX).

All Sorento trims, save for the lowly L, come standard with a blind-spot monitor with rear cross-traffic alert, while EX, SX, and SX Limited models include a forward-collision warning system with automatic front braking, adaptive cruise control, lane-departure warning, lane-keeping assist, and a new driver-attention monitor that delivers visual and audible warnings if it detects driver fatigue.