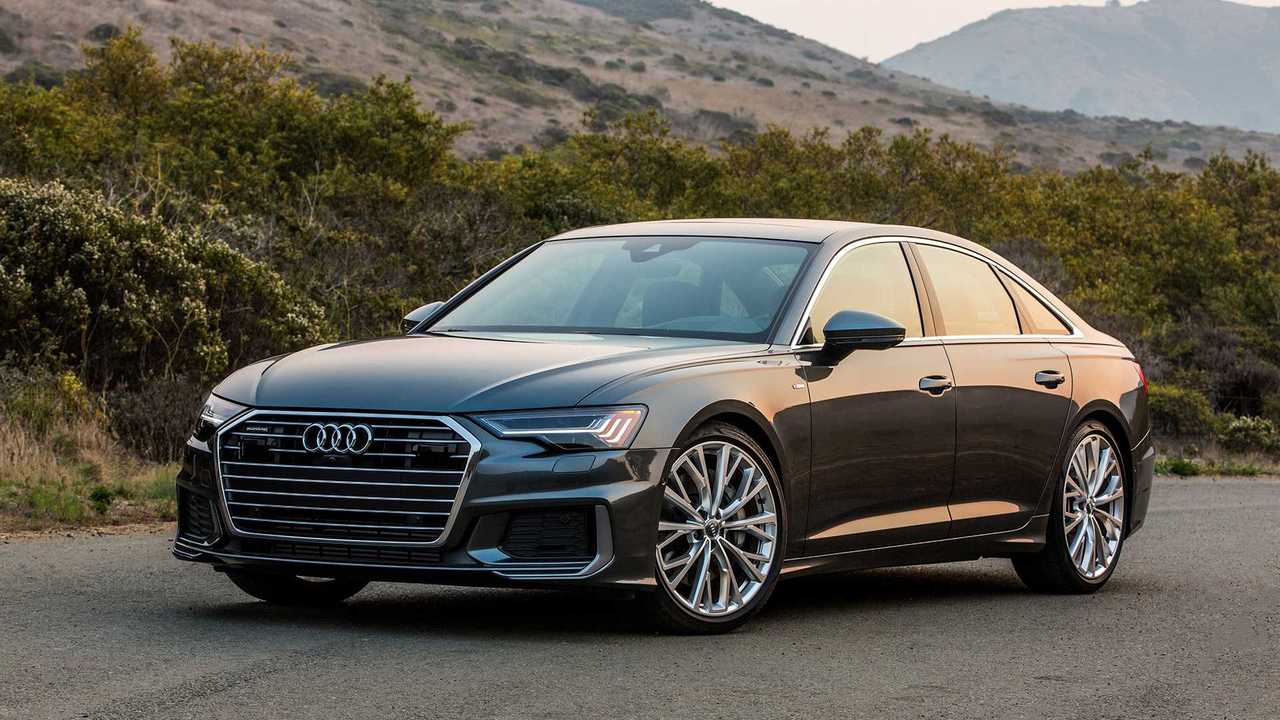 Audi’s new A6 is a technological marvel.

Of all of Audi’s bleeding-edge technologies – its new zoomy laser headlights, the high-resolution Virtual Cockpit, and even its signature Quattro all-wheel-drive system – it’s the anti-gravity device that is surely the company’s most amazing achievement.

Haven’t heard of it? Then maybe you’ve heard of Audi’s astounding string of sales increases during its incredible turnaround in the U.S. market. Probably the most amazing component of these ongoing increases is the brand’s resistance to market’s gravitational forces. The A6 mid-size luxury sedan demonstrates this best, with accelerating sales even while customers increasingly turn to crossover SUVs.

Audi is debuting the eighth generation A6 for 2019, bringing mid-size premium car shoppers a machine with the kind of stately visual presence provided by flagship sedans a class higher, but with an attainable starting price of $58,900.

There is a good reason the new A6 has more curb presence: it’s bigger. The 2019 A6 delivers more head and shoulder room for front- and rear-seat occupants alike, a useful trait when trying to stand out amongst crossover SUVs.

One baffling decision on the A6’s formal, prestige-focused styling is the inclusion of fake dual ducts in the rear bumper fascia, where exhaust pipes would normally poke through. The A6 turns its exhaust tips down toward the ground right as they reach the bumper, so they are nearly invisible. Instead, brushed nickel bezels surrounding blacked-out centers stand in for...exhaust tips? Frankly, it’s all a bit confusing, and decidedly tacky. If the decision was to save money by skipping dual exhaust outlets, then just hide the exhaust tips instead of adding fake non-outlets to the lower-rear bumper cover.

Standard 19-inch wheels fill the wheel wells out nicely and give the A6 a purposeful stance, while the optional 20- and 21-inch wheels add a little extra bling. Bling is noticeably absent in the paint department, though, where the A6 offers an array of mostly monochromatic shades. My co-driver thought our Firmament Blue car was black until I mentioned it – the green shade is similarly subtle.

For 2019, the standard engine is a creamy, turbocharged, direct-injected 335-horsepower V6 with 369 pound-feet of torque – that’s a 44 lb-ft improvement over last year’s car. A seven-speed dual-clutch automatic transmission that feels as smooth as a traditional automatic with a torque converter, drives all four wheels. The V6 features a “hot-vee” design, in which air flows from the outboard intake manifolds into a central exhaust in the engine’s valley, where the single twin-scroll turbocharger lives. The 2018 car used a belt-driven supercharger to boost its power, but exhaust-driven turbos are more efficient.

The engine sports an 11.2:1 compression ratio and is smart enough to vary valve opening lift depending on throttle position and engine speed to optimize combustion. A thriftier four-cylinder engine will arrive later, according to the company.

Pushing this state-of-the-art combustion powertrain toward the electrified future is a 48-volt electrical system that is able to power many of the A6’s electrical system’s including the automatic engine stop/start system. Interestingly, cold starts still employ a conventional starter because of the high power needed in cold temperatures. The stop-start system is a major improvement over past Audi models – it finally feels worthy of a European luxury sedan.

The adaptive dampers do an excellent job controlling body motions.

This advanced powertrain bolts to a chassis that is torsionally stiffer than before, with a mixture of aluminum and high-strength steel. The suspension backs conventional steel coil springs with adaptive dampers that do an excellent job controlling body motions through curving canyon roads, such as those we sampled in the canyons surrounding Napa Valley.

The available sport suspension drops the car’s ride height by 20 millimeters for a lower center of gravity and quicker reflexes. Audi employs a progressive steering rack in the A6, so the steering is slower on center and gets quicker as the tiller turns.

Carmakers love this technology, and maybe their customers do too. I, however, find the A6’s changing ratio confounding in tight switchbacks, as the steering response is never exactly what I expect in the moment. This is especially at lower speeds and while turning more sharply.

The A6’s computers will help you drive too, though the adaptive cruise control system is described as a “hands-on” system, requiring driver steering input while it automatically handles the throttle and brake to maintain an appropriate following distance to vehicles ahead. The system functions between between 0 and 95 mph.

The A6 doesn’t steer automatically, but lane-keeping assist does nudge the car back toward the center of the lane. Unfortunately, on the freeways north of San Francisco, this mostly proves annoying, as the realities of shifting lanes for construction zones, reversing rush-hour travel lanes, accidents and weather-worn highway markings make Audi’s steering “help” more trouble than it is worth. Once on the two-lane highways of Napa, on the other hand, the system fades into the background.

Other safety technologies include Audi Pre-Sense City, which works at speeds up to 52 mph to track vehicles, pedestrians, and cyclists in the A6’s path. If there’s danger of a collision, it can automatically brake to prevent a crash. Similarly, if you’re turning left into the path of oncoming traffic, the A6’s computer can override that decision by applying brakes to keep the A6 in its lane. For bike-heavy urban areas, Vehicle Exit Warning lights the door’s LED light strip in red and delays opening the door by one second when it detects objects approaching from behind.

“Audi” is Latin for “listen,” so it’s fitting the brand’s tradition of offering top-flight audio options continues with the 2019 A6.

“Audi” is Latin for “listen,” so it’s fitting the brand’s tradition of offering top-flight audio options continues with the 2019 A6. There are two available Bang and Olufsen-branded sound systems, with the top-of-the-line B&O 3D advanced sound system incorporates 19 speakers playing through 19 separate channels from an 1,820-watt amp. Naturally, it provides the kind of superlative audio we’re used to from both Bang and Olufsen and Audi, so audiophile Audiphiles should be satisfied.

Another Audi trademark, however, is gone. Designers replaced the MMI rotary controller for the infotainment with a pair of touch-sensitive screens in the center of the dashboard. The upper screen is the familiar display for navigation and stereo functions, while the lower display runs HVAC systems. Like in the A8, the touchscreen solution is an improvement over the previous control knob, especially the older versions that counter-intuitively zoomed maps the wrong direction.

The upper screen is a massive 10.1-inch unit (8.8-inches on the base Premium model), while the lower screen spans 8.6-inches. Drivers can write commands on that lower screen with their finger, type them in with an onscreen virtual keyboard, or give them by voice.

The A6 also employs the second generation of Audi’s excellent virtual cockpit, a 12.3-inch display ahead of the driver serving as both the instrument panel and navigation display. Further, the head-up display conveys critical information such as vehicle speed, speed limit, and upcoming turns.

While the A6 is a class down from the flagship A8, its price climbs to levels considered flagship territory not so long ago. The 2019 A6 3.0T Quattro starts at $58,900, not counting the $995 destination charge. Our test car’s sticker price was $77,290, including destination – $8,200 for the Prestige trim package and all its assorted tech, $3,200 for contoured seats, and $2,750 for the Driver Assistance package.

This A6 is an impressive accomplishment that seems certain to continue Audi’s gravity-defying sales run in 2019, even if the car itself can’t actually levitate.