Convertibles are as synonymous with South Florida as elderly restaurant-goers are to the early-bird special. Thus, as a newly (re)minted South Floridian, I was eager to claim the keys to this 2018 Chevrolet Camaro SS Convertible to take in the sights, sun, and sounds of Miami Beach with nothing but the sky above my head. 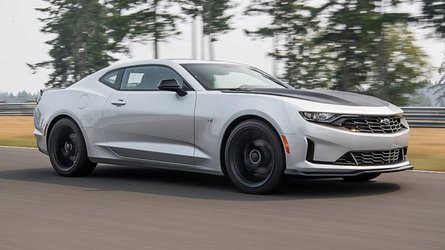 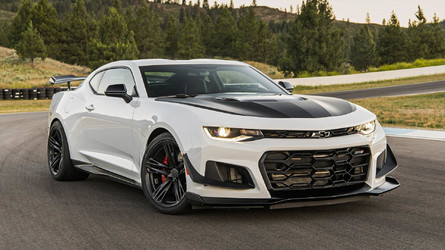 Although enthusiasts will turn their nose at the heavier Camaro Convertible and instead embrace the daintier coupe (with a curb weight of 3,943 pounds, this Camaro SS Convertible packs more than 250 pounds of extra mass relative to its coupe counterpart), consumers looking to enjoy the thrill of top-down driving with the performance of a thoroughbred, four-seat sports car will find contention behind the wheel of the bow-tie-badged pony car – provided the top stays down, that is.

A Camaro without a V8 engine is a bit like Van Halen without David Lee Roth. Simply put, it doesn’t sound right. That’s not to say opting for the entry-level $31,905 Camaro Convertible 1LS and its 335-horsepower engine is a bad choice, it’s just not necessarily the right choice.

Of course, getting into the V8 Camaro SS Convertible isn’t cheap, and doing so requires writing a check for $43,000. Still, that’s $1,690 less than the eight-cylinder Mustang GT Convertible. Alongside its mighty 455-hp V8 engine, the Camaro SS nets standard features such as an 8.0-inch touchscreen infotainment system (lower level four- and six-cylinder models pack a standard 7.0-inch unit), high-performance Brembo brake calipers at all four corners, and 20-inch wheels and tires.

This Camaro Convertible featured the higher equipment levels of the 2SS trim (dual-zone climate control, heated and cooled power-operated front seats, a premium Bose stereo, and more), which brought its base price up to $48,000. Factor in $3,825 in options and a $995 destination charge and my test car wore an as-tested price of $52,820.

Simply put, the Camaro Convertible looks old – and not in a retro-chic way.

Due to the Camaro’s evolutionary design, the model looks strikingly similar to its almost decade-old predecessor. In short, the Camaro no longer exudes the visual appeal it once did.

In spite of its aged design, the Camaro remains a generally attractive vehicle (and it's certainly better looking than the 2019 model). Its long hood, stubby windshield, and shapely rear haunches give the modern muscle car the appearance of a concept car come to life. Still, I could do without the standard rear spoiler, which looks tacked on relative to the rest of the car.

Chunky 20-inch wheels come standard on the V8 Camaro SS, and the big dubs properly fill out the pony car's wheel wells. This Camaro SS Convertible also benefited from $200 worth of gray-painted, split-spoke 20-inch wheels that contrasted nicely with the Summit White paint. Unfortunately, I can't say the same for the tacky, front-fender hash marks – an option that adds $195 to the bill.

The insides of the Camaro Convertible bear a Jekyll and Hyde disposition. With the power-folding top comfortably stowed in its tonneau, the interior presents itself with a welcome airiness. Close the lid, though, and the Camaro turns tomb-like.

Tall door sills, an overabundance of dark materials, and middling material quality make this a particularly depressing place. Fortunately, optional red leather seats and door trim ($195), as well as red knee-pad trim ($350), brought some much-needed color into the cabin and broke up some of the monotony.

Still, the Camaro Convertible isn’t without its merits, and the small-diameter three-spoke steering wheel, clear gauges, and funky HVAC controls – which includes rings around the center air vents that twist to adjust the temperature of the dual-zone automatic air-conditioning system – are worthy of veneration regardless of the top’s position.

Kudos to Chevrolet for crafting front bucket seats that combine adequate bolstering with comfortable cushioning, too. This 2SS test car also included heating and cooling functions for the driver and front-passenger seats, the latter of which my back and bottom greatly appreciated during top-down drives under the South Florida sun. Alas, the small back seats are all but useless for full-sized individuals. Better to use the pews as supplemental storage space to the small 7.3-cubic-foot trunk.

An 8.0-inch touchscreen infotainment system is standard fare on every Camaro SS convertible. The system is both Apple CarPlay and Android Auto compatible, and an in-dash navigation system is a $495 option on the 2SS model. While the infotainment system includes logical arrangements for its on-screen menus, the awkward forward cant of the touchscreen, middling on-screen graphics, and slow-ish response times to touch inputs makes the setup seem rather aged next to newer systems.

That said, the 8.0-inch screen within the gauge cluster is a truly praiseworthy thing. Capable of displaying all relevant audio information, the navigation map, and more, the setup comes across as a budget version of Audi’s Virtual Cockpit digital gauge cluster. Similar adulation goes to the head-up display system (standard on the 2SS model) that puts key driving data, including audio and navigation information, directly in the driver’s line of sight.

The Camaro SS Convertible may look like a muscle car, but it sure as hell doesn’t handle like one. General Motors’ Alpha platform is a brilliant base that provides the droptop Camaro with delightful dynamics: The steering is precise and feelsome, the Brembo four-piston front and rear brakes connect to a firm and tactile pedal, and the communicative chassis is stiffer than a martini made with Everclear.

Under hood lives GM’s venerable LT1 engine. Displacing 6.2 liters, the aluminum block engine pushes a mighty 455 horsepower and 455 pound-feet of torque to the rear wheels by way of a six-speed manual transmission, or – in the case of my test car – an eight-speed automatic. The self-shifting gearbox is a wonderful piece with a clairvoyance that eliminates any need to tap at the steering-wheel-mounted paddle shifters (or tug at the console-mounted shift lever’s manual mode). I still prefer the standard manual transmission, but those who opt for the $1,495 automatic – which also includes a remote-start system – won’t regret a thing.

Regardless, the Camaro SS Convertible is equally at home puttering about in stop-and-go traffic as it is at wide-open throttle. Thanks to its dual-mode performance exhaust system (an $895 option), the V8 emitted a raucous riot from its four tailpipes each and every time the throttle pedal met the firewall. The sound is savage and visceral, and is arguably as crucial to the Camaro SS Convertible experience as its power-operated soft top.

Sports cars will never be the poster children for vehicle safety; however, this doesn’t mean the Camaro SS Convertible is devoid of necessary safety features. Standard items include blind-spot monitoring, rear cross-traffic alert, and rear parking sensors. Although the Insurance Institute for Highway Safety did not put a Camaro Convertible through its testing, the Institute did award the coupe variant top ratings of “Good” for its ability to withstand small front overlap, moderate front overlap, and side-impact crashes.