When a normal H1 just won't do, you need a Mil-Spec.

Sometimes, it's not enough to have a cool, expensive, or high-performance car. I mean, what would you do, Mr. Well-Heeled Person, if you happened upon some other schlub in the same car as you. That just won't do. 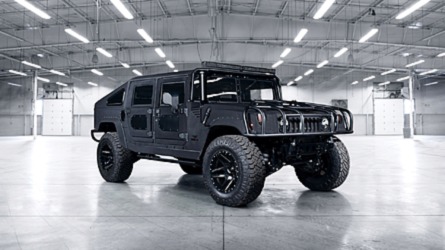 Mil-Spec Built Its First Customer Truck, And It's A Hum-Dinger 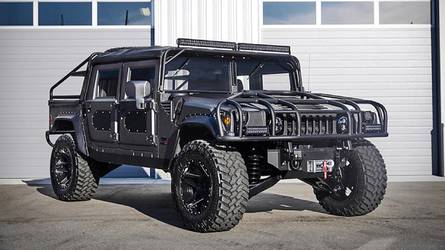 And that's the justification behind the crop of tuners and customizers that have popped up over the years. But one of the newest isn't tweaking supercars or building ultra-luxury limousines – it's amping up the second most bad-ass military vehicle of all time.

Mil-Spec is its name, and the Hummer H1 is its game. A relatively new outfit, the company is ramping up production of its heavily modified off-roaders, and the lengths its going to transform these vehicles is impressive.

See, this may look like a 1995 to 2001 Hummer H1, but Mil-Spec only carried over the body and frame rails from donor cars. Nearly every other element gets updated.

To get the paint to adhere to the aluminum panels, Mil-Spec mixed it with Kevlar.

The engine is a 6.6-liter, turbodiesel V8 from Duramax and it works alongside an Allison transmission. The result is 520 horsepower, 1,000 pound-feet of a torque and a zero-to-60 time for this 7,400-pound (wet) monster of just 5.5 seconds. Mil-Spec increased up the cooling capacity – there are two transmission coolers – tweaked the suspension, added slotted and cross-drilled rotors, new half shafts, and 38-inch tires. And that's just the mechanical goodness.

More Mil-Specs To Mull Over 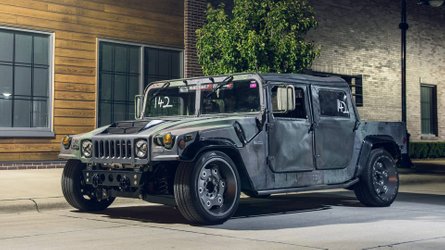 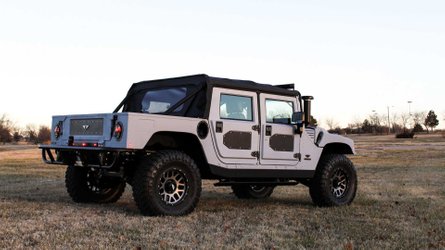 Mil-Spec thoroughly reworked the cabin, and according to the company, the materials can be nearly anything the customer wants (as long as it can be ethically sourced – no whale penis leather). The seats are new and quite comfortable, and if you've ever driven an H1 before, you'll be thrilled by the upgraded air conditioning's power but annoyed that it has literally just two settings – on at full blast, or off. There's Bluetooth audio and phone connectivity, too, as well as a lot more sound-deadening material. The result would be, aside from the massive 38-inch rubber, an almost civilized ride.

Mil-Spec's initial run will include just 12 vehicles, and unsurprisingly, it's getting ample interest from Russia and the Middle East.

And that body? This is still a factory H1 body – owners can choose from five different body styles – but to get the paint to adhere to the aluminum panels, Mil-Spec mixed it with Kevlar. While it provides ample protection against door dings, this truck isn't armored like its active-duty counterpart. Mil-Spec will add bullet-proof glass and doors, as well as countermeasures to protect against improvised explosive devices – Mil-Spec's customers are a diverse group with, um, diverse needs – if requested, but that protection gear isn't standard, cheap, or light.

But even without the I.E.D. protection, the Mil-Spec H1 will strain not just roads, but wallets. A typical example will start around $240,000 (including the donor vehicle), although it's easy to increase the price from there. And even if you have that kind of coin, this brute won't be easy to come by. Mil-Spec's initial run will include just 12 vehicles, and unsurprisingly, it's getting ample interest from Russia and the Middle East (would it surprise you to hear that the United Arab Emirates is a big base for Mil-Spec customers?). If you want to add this piece of military kit to your garage, get on the horn now. If you just want to see what it's all about, check out the above video with our first-hand impressions.