Fans of quirky styling and fun-to-drive personalities will miss the Nissan Juke. But its departure from the U.S. market paves the way for a new subcompact crossover SUV that has even more to offer. The 2018 Nissan Kicks, while not nearly as polarizing as the Juke, is an endearing offering that could appeal to a much broader audience.

Yes, Nissan’s radical subcompact styling died with the Juke, but the Kicks is far from unattractive. It adopts a few boilerplate corporate cues like the V-Motion grille, Boomerang headlights, and exaggerated floating roofline (first seen on the Murano), but it’s highly customizable. There are five two-tone color options to choose from, and Nissan’s online Color Studio adds another 12 accessories to personalize even further. 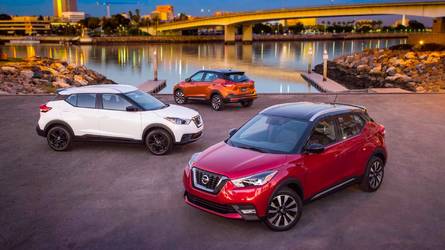 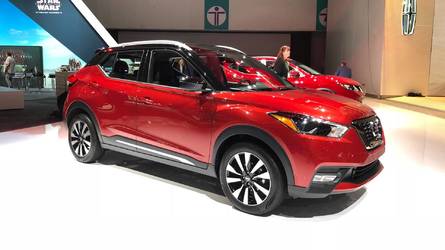 There’s a lot to like about the inside of the new Kicks, too. The NASA-inspired Zero Gravity seats – finished in either cloth or Prima-Tex faux leather, depending on the trim – are super snug and form fitting, and get extra brownie points for seat-mounted armrests on the driver’s side. The “Gliding Wing” dashboard design, meanwhile, is simple but attractive. It incorporates lots of the aforementioned Prima-Tex faux leather, particularly on the steering wheel, shift knob, and passenger-side dash, to tone down many of the hard plastics.

The Kicks wields a surprising amount of space. The rear cargo area boasts a whole 25.3 cubic feet of room with the rear seats up – besting even the Honda HR-V (24.3 cubic feet) – and the roomy second row has 33.2 inches of legroom, and 38.5 inches of headroom. Those are best-in-class numbers and make the rear seat a comfortable place to be. 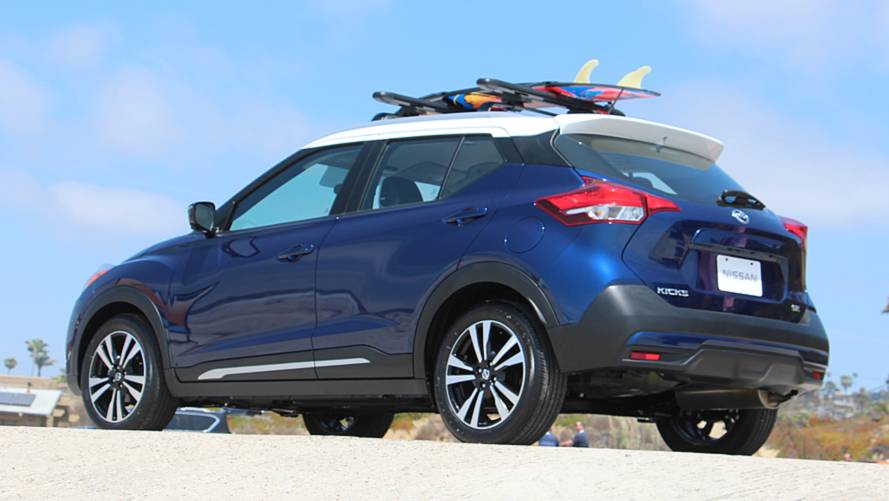 On road, the Nissan Kicks keeps things fun. Sure, it may be the least powerful subcompact crossover SUV you can buy right now – its 1.6-liter four-cylinder engine pumps out just 125 horsepower and 115 pound-feet of torque – but it’s also the most efficient. The Kicks returns 36 miles per gallon highway, 31 in the city, and 33 combined.

Paired with a continuously variable transmission and a front-wheel-drive setup exclusively, the Kicks feels punchy and quick relative to its classmates, whether cruising at 75 miles per hour on the highway or zipping around the city at 30. Most of that unexpected oomph can be contributed to its featherlight 2,672-pound curb weight (the lightest in class).

The Kicks feels punchy and quick relative to its classmates.

The steering is equally lightweight but not at all vague in nature. It makes for easy driving in any setting, and paired with the basic multi-link rear suspension setup – while harsh over bumps and rough roads – allows you to toss the tiny SUV around mountain roads quickly and with some fervor. It’s only downside is that it lacks all-wheel drive, but it’s not a dealbreaker unless you live in the snowy wastes up north. The Kicks isn’t alone in its lack of all-wheel drive – neither the Toyota C-HR nor the Kia Soul offer it – but it’s still in the minority in this segment.

Even in its most basic trim, the Kicks comes standard with a 7.0-inch touchscreen infotainment system. The setup is responsive and easy to use for the most part, but the homescreen is a bit jumbled out of the box. It can be manually customized, thankfully, but still could be laid out more cleanly. 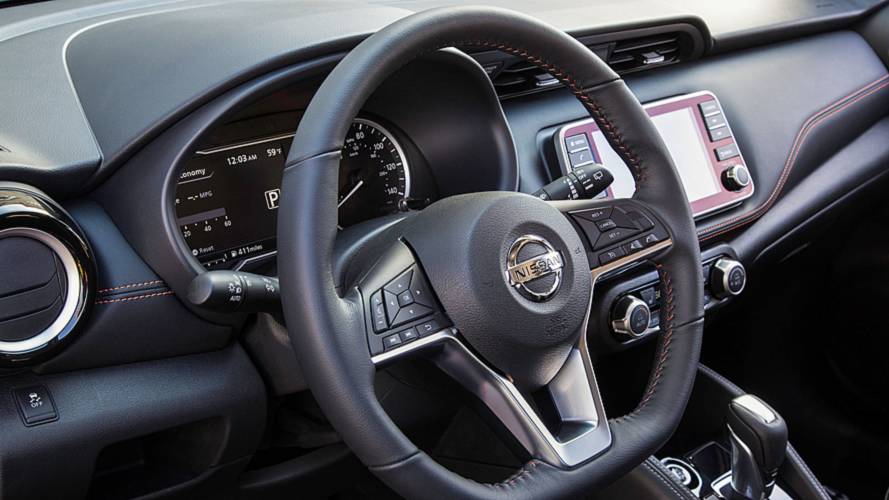 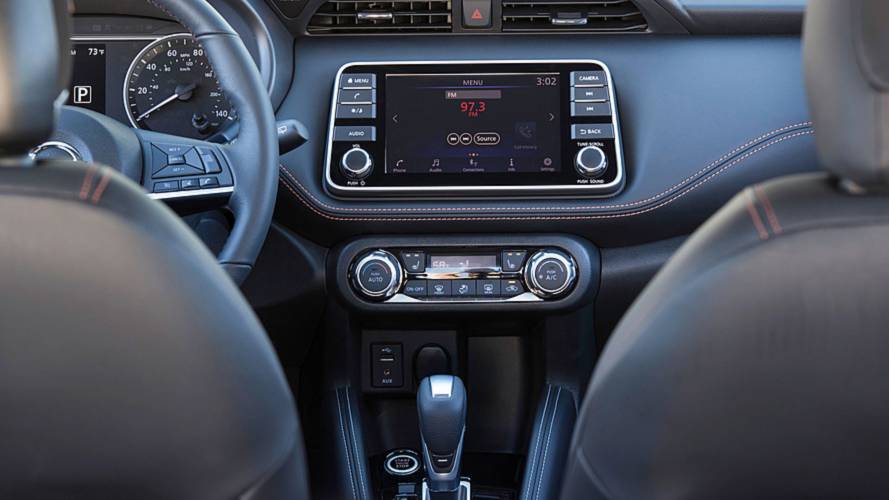 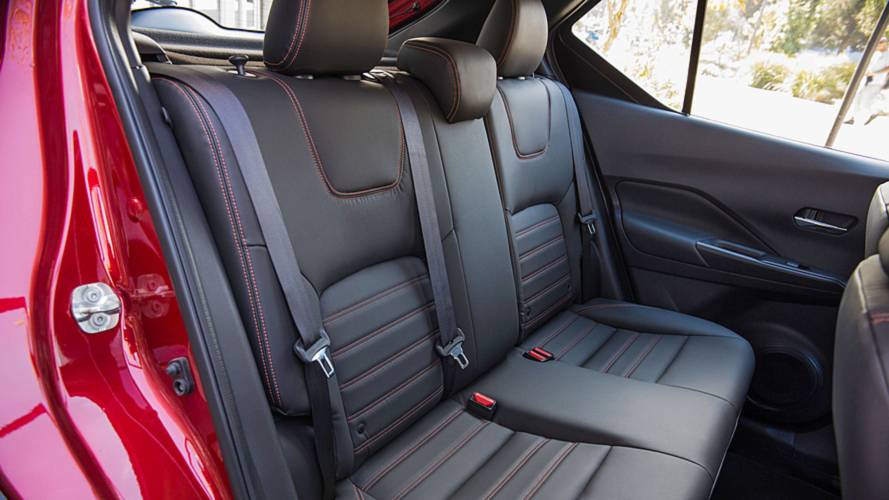 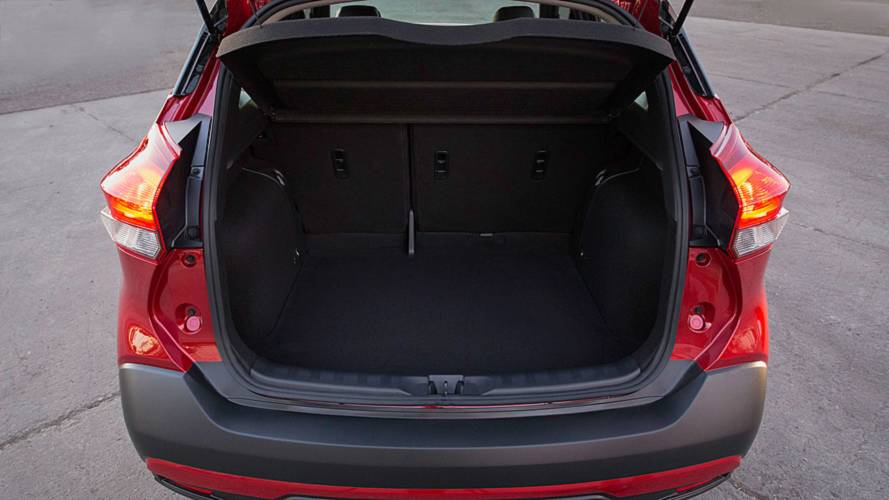 Apple CarPlay and Android Auto are available on the SV trim and above, and work wonderfully in conjunction with the standard display. Three USB ports make it easy for anyone to plug in, too, and there’s a bangin’ stereo system. No joke. The optional Bose audio system boasts “360 degrees of immersive sound,” and features a driver headrest-mounted speaker that promises not to blast your eardrums, but instead enhance the other sounds around you.

As far as safety goes, the Kicks is the only subcompact SUV with standard automatic emergency braking under $18,000 – something even entry-level buyers are more eager for. The second-level SV trim adds blind-spot monitoring and rear-cross traffic alert, and the range-topping SR includes all of those safety features, plus a built-in security system. Out of the box, it’s the most-well equipped subcompact SUV in terms of safety, hands down. Rivals with the same systems (C-HR and Kona in particular) can’t be had for less than $25,000. 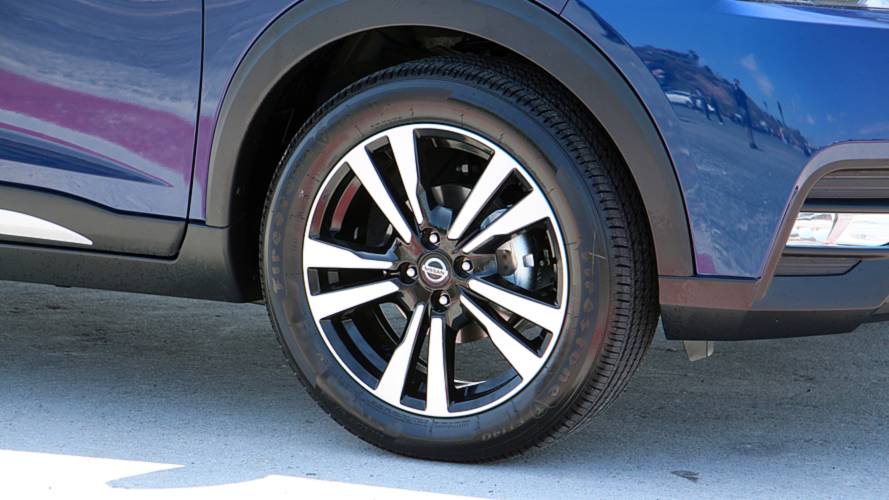 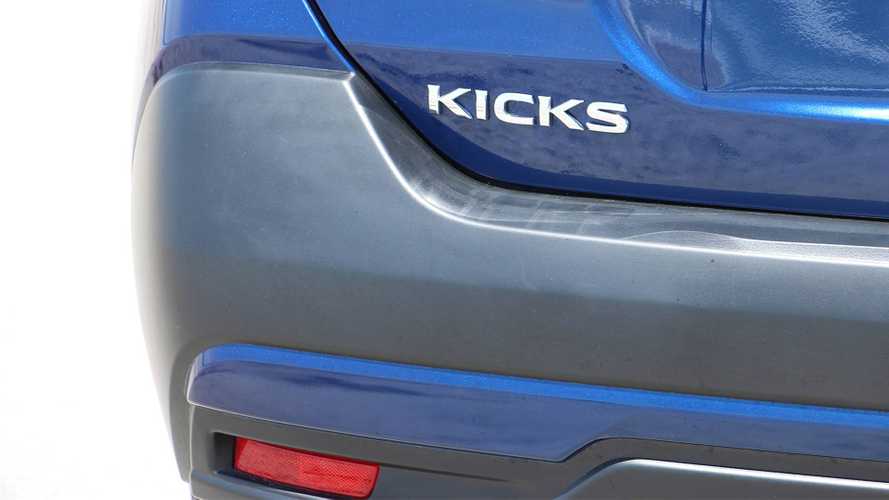 At $17,990, the entry-level Kicks is extremely well priced for what it offers. The next-level SV, which adds things like Apple CarPlay, a second seven-inch Advanced Driver Screen to the left of the instrument cluster, and remote start, can be had for just $19,690. Even the most expensive Kicks won’t break the bank; the SR model with the Premium package can be had for just $21,290.

All told, the Kicks offers plenty of cargo room, admirable efficiency, and lots of standard safety at an affordable price. It’s also plenty peppy, too, and fun to drive even in the most mundane setting. It makes missing the Juke an easy thing to manage.