A crossover with the soul of a sports car.

Having already launched the 4C sports car and Giulia sedan, Alfa Romeo is ready to shift its U.S. comeback into high gear with the Stelvio compact luxury crossover. With a killer combination of sultry lines and innate athleticism, the Stelvio proves Alfa Romeo can make an object of desire out of anything. It’s not perfect for every situation, nor does it win every category against its competition, but the Stelvio does something few crossovers ever dare to: stand out.

Real performance. Most crossovers aren’t intended to be driver’s cars, though a few have souped-up versions that force these platforms to be playful. The Stelvio, though, has performance baked into its bones. For instance, all trim levels receive the same 280-horsepower turbo four-cylinder engine (the most powerful base engines in its class) and eight-speed transmission. This pairing pulls the Stelvio along very rapidly, while the suspension and relatively low ride height (for a crossover) keep cornering flat and stable. My highest praise goes to the steering, though, which is sharp, quick, and accurate – three adjectives not often used when discussing crossovers. No doubt these qualities are amplified some by options and features available on my test car’s higher Ti Sport trim (larger wheels, sportier suspension tune, etc.), but there’s an athleticism inherent in the Stelvio that’s rare among crossovers. You can hear it in the snarly exhaust tone.

Supermodel looks. Few people know what the Stelvio is, but everyone thinks it’s beautiful. During my week driving one, a half-dozen people commented on this crossover’s good looks, but none could name what it was and only a few had ever heard of Alfa Romeo (ugh, kids these days). No matter; with seductive designs like the Stelvio and its sister sedan, the Giulia, Americans will quickly refamiliarize themselves with this Italian brand that’s been absent from our market since 1995. 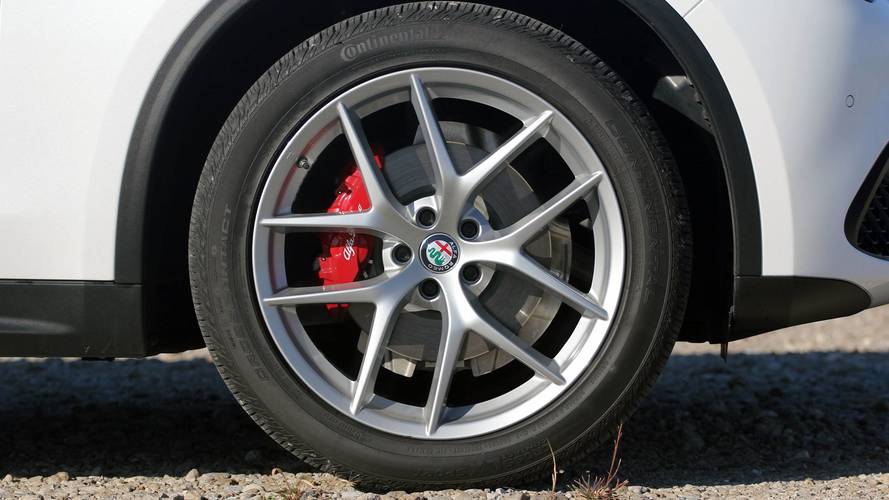 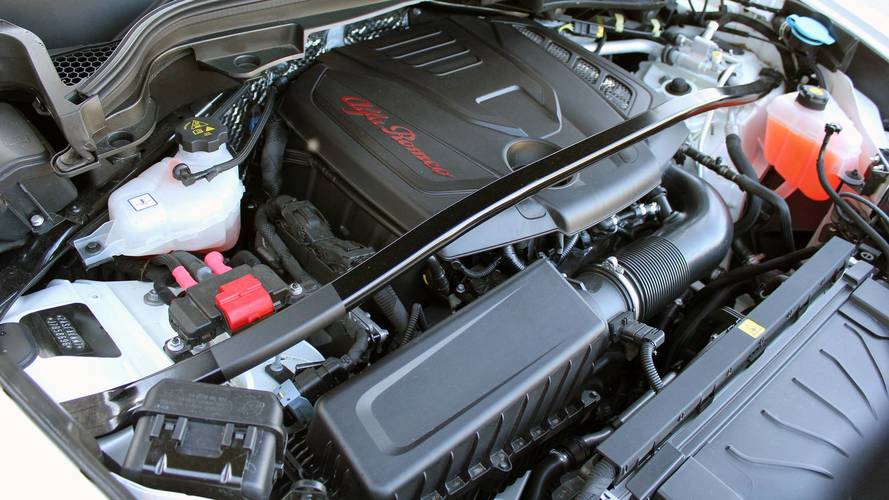 Sub-par premium. While the Stelvio’s price aligns well with all-wheel-drive versions of the Audi Q5, BMW X3, Jaguar F-Pace, Mercedes-Benz GLC, and Porsche Macan – true luxury vehicles all – its sheen does not. Much of the interior falls short of the competition in terms of the quality of materials used. For instance, the interior features ungrained dark plastic and cheap-feeling soft touch materials that are below par for the segment. The lone exceptions are the real aluminum paddle shifters.

Bad views. The Stelvio has poor visibility from the driver’s seat. The rear window is small, the pillars are thick, and the rearview camera only fills a small portion of the 8.8-inch infotainment screen (nor does it offer a 360-degree view). Thank goodness front and rear parking sensors are standard equipment on this Stelvio Ti Sport model (they’re an $800 option on some lower trim levels).

Function follows form. The Stelvio’s curvy shape and shrink-wrapped body result in slightly less room for passengers and cargo than its competition. It’s down an inch here and cubic foot there on virtually every interior measurement. Hey, it’s the price you pay for looking this good.