2017 Volvo V90 Cross Country Review: One For The Long Haul

Volvo's high-riding V90 is a road trip star and then some.

The trip odometer showed just under 1,000 miles when I pulled into my driveway, the long road trip from Los Angeles to Prescott, Arizona, and back complete. The Volvo V90 Cross Country was hardly fazed, and to be honest, neither was I. If I would’ve realized, at that moment, that I left something valuable back in Prescott, I’d have jumped back in the car without a second thought.

Living up to the “Cross Country” part of its name, Volvo’s rugged V90 is one of the best long-distance cruisers I’ve ever driven. But its merits extend far beyond that of great highway prowess.

Butch and beautiful. It’s amazing how the V90 Cross Country manages to look both prettier and butcher than the majority of crossovers on the road today. The tall wagon shape is great, I can’t get enough of the combination of wide stance and low overall height. And while a lot of people prefer the single-color look of cars equipped with the Luxury Package, I dig the rugged, two-tone appearance of this test car – gray cladding, 19-inch wheels, and all. Volvo’s 90-series cars are some of the most beautiful on the road today, and none of that grace and elegance is lost in high-riding Cross Country form.

Room for everything. Volvo’s larger XC90 may have the more capacious cargo hold, but man, there’s a ton of room in the V90 Cross Country – 69 cubic feet of space, in fact. At one point, I carried four adults, a bunch of luggage, and an average-size charcoal grill without needing to play personal-belonging Tetris or forcing people to cozy up next to each other in the rear seats. If you think you need a bigger SUV because it has a lot more space, poke around in the back of a V90 first. I promise, there’s plenty of room inside.

Road trip star. Whether cruising down long stretches of Interstate 10 or winding along craggy mountain roads just south of Prescott, this car was so, so smooth. Every one of my passengers complimented the V90’s great ride quality, and once back in downtown LA, the city’s potholes and speed bumps didn’t upset the Volvo’s cosseting ride either. Happily, none of this serenity comes at the expense of driver involvement: the steering is responsive and builds weight nicely, and the chassis doesn’t disconnect you from what’s going on at all four corners. I’d gladly put another thousand miles on this thing any day of the week.

Crawls better than some SUVs. Specifically, Volvo’s SUVs. Company executives once (candidly) told me the V90 Cross Country is a smidge more capable off road than the XC60 and XC90 SUVs, and the customers who actually go off road tend to buy Cross Country models. If dusty trails and the occasional rocky road are in your future, Volvo’s got you covered with something far more interesting than a traditional crossover or SUV. 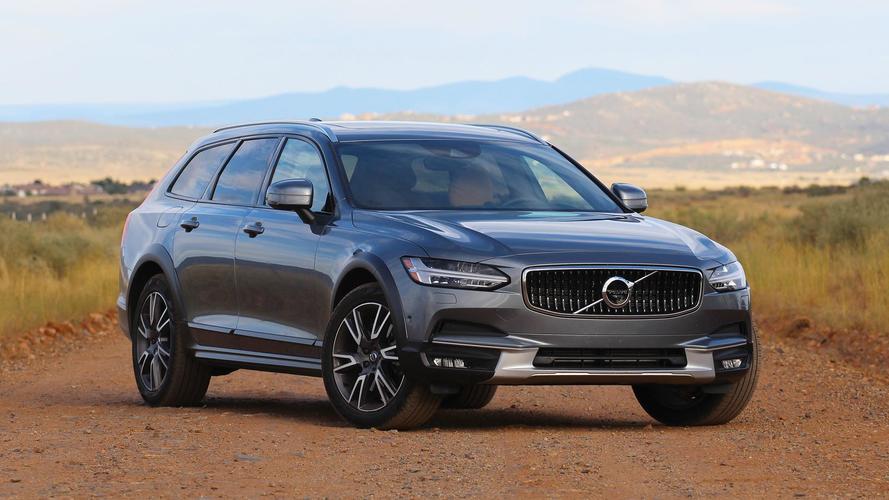 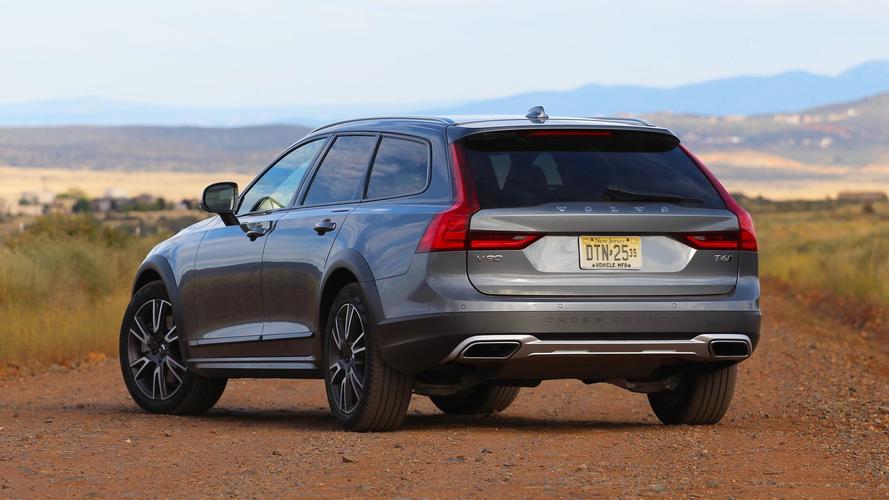 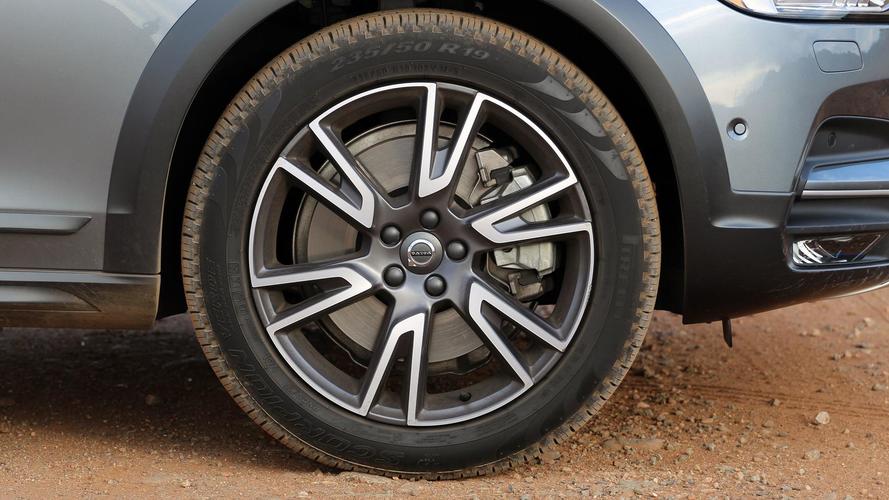 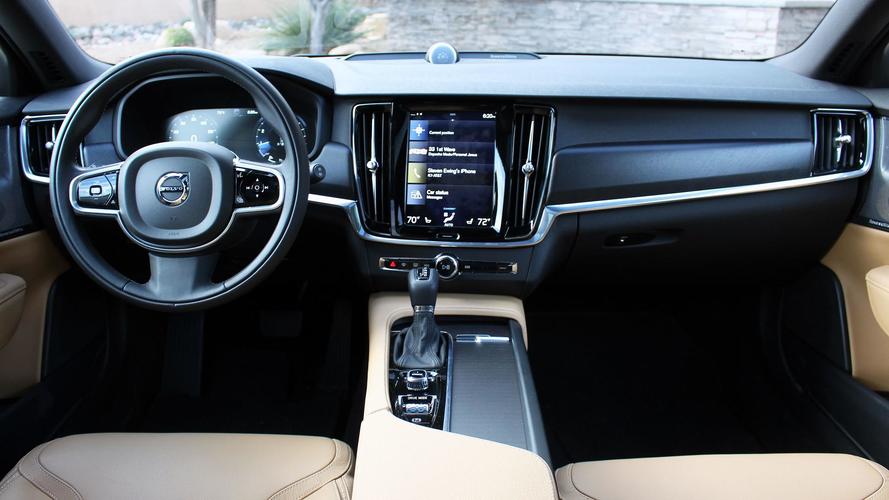 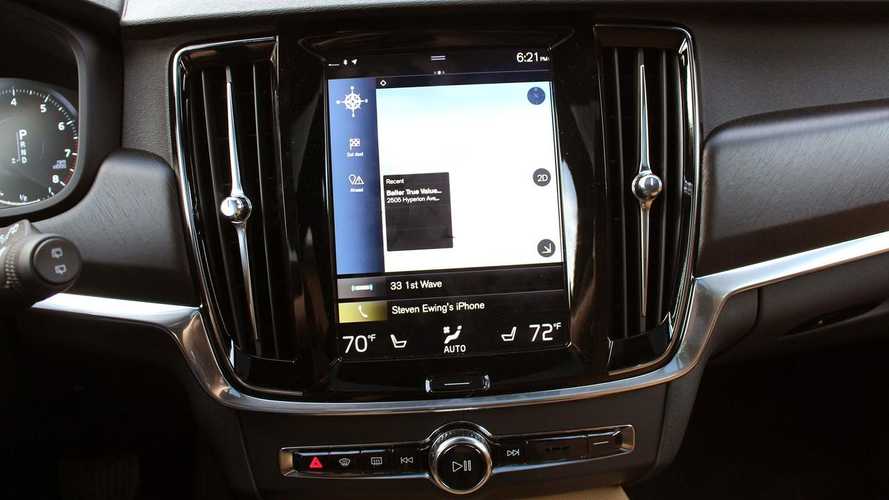 Peculiar powertrain. On paper, 316 horsepower and 295 pound-feet of torque is plenty for this 4,334-pound wagon. But whether in the city or on the highway, this twin-charged 2.0-liter engine is just, well, weird. Despite having both a turbocharger and a supercharger, there’s always a lag in power delivery, whether it’s off the line or during a mid-range punch. There seem to be unusual peaks and valleys in the power band, too – I never feel like I can keep the engine on boil, which is a shame when I find myself on a particularly engaging set of mountain roads. I’d like to test the V90 Cross Country with the non-supercharged 2.0T T5 engine – it may be down on power (250 hp), but I wonder if it’s a bit smoother in action.

Let’s upgrade that processor. For as crisp and bright and lovely as Volvo’s Sensus infotainment system is, man, it sure does lag. Start-up takes a while, doing anything for the first minute results in horrible response times, and even after it’s been up and running for a while, swiping between screens is often delayed and jittery. It makes an otherwise sensational experience very frustrating.