When it comes to plug-in minivans, thankfully there’s only one choice.

On Wednesday, November 9, I woke up at my home in Ann Arbor to news of a new president-elect and a future that feels more uncertain than it has in previous election years. On November 10, I woke up at a hotel in Santa Monica to news that protesters in LA – some calling for a “Calexit,” or secession from the United States – were blocking the highway as I was getting ready to test out the new Chrysler Pacifica Hybrid.

I pondered with anxiety our uncertain future – one which my sweet, still malleable toddler son will grow up to inherit – as I went to meet Chrysler’s first entry into electrification.

As we head into an unclear automotive future – Fiat-Chrysler CEO Marchionne himself says he’s not convinced about electric cars – automakers are making their bets and hedging them as we decide what will be the best way to move forward regarding alternative fuels, factoring potential cost, demand, and government policy. One thing we hadn’t seen to date, though, was a hybrid minivan, let alone a plug-in hybrid, and Chrysler seems an unlikely standard bearer. But if you want EV in this segment, the Pacifica Hybrid is your only choice for now. 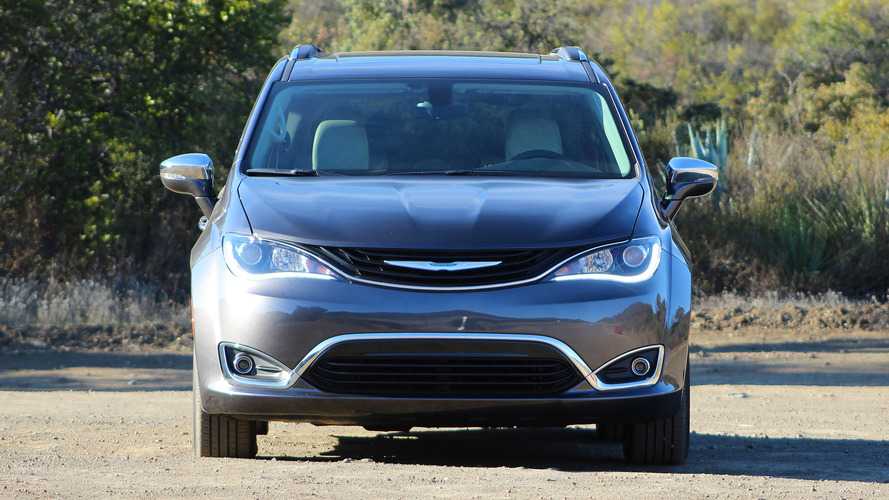 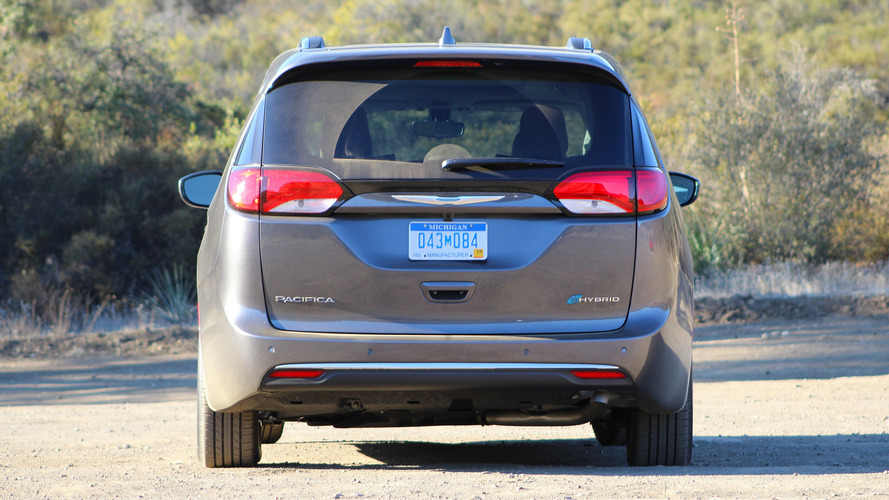 If you want EV in this segment, the Pacifica Hybrid is your only choice for now.

While choosing a new car is tough with so many possibilities, it gets particularly complicated when you’re making the choice not just for yourself, but for your family. What makes the most practical and economical sense? What’s going to keep my jovial but potentially distracting son occupied in the back seat, as well as fit all the seemingly disproportionate amount of extra gear he (not to mention possible future siblings) requires to keep him well-fed and smelling appropriate for public?

Furthermore, I genuinely hope that the planet survives long enough for me to enjoy my grandkids, so the less carbon I spew into the atmosphere on a daily basis, the better. More practically, pumping gas in a Michigan winter sucks, and I’d like to not have to do it. Including this cost/benefit/responsibility analysis when you add an electrified powertrain option to the mix, it can be hard to pull the trigger on that new car.

To the uninitiated, the thought of living with this technology can be daunting, as well. When is the best time to use EV-only mode, or to employ the gasoline engine? Economy and performance modes can simplify things or complicate them depending on your way of thinking, and a lot of drivers just put the car into an “intelligent” mode that makes those decisions for you, and forget about it. 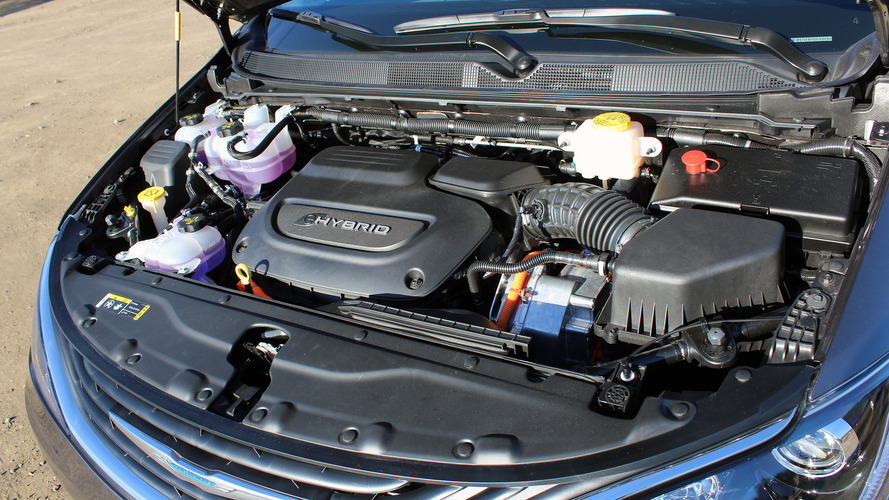 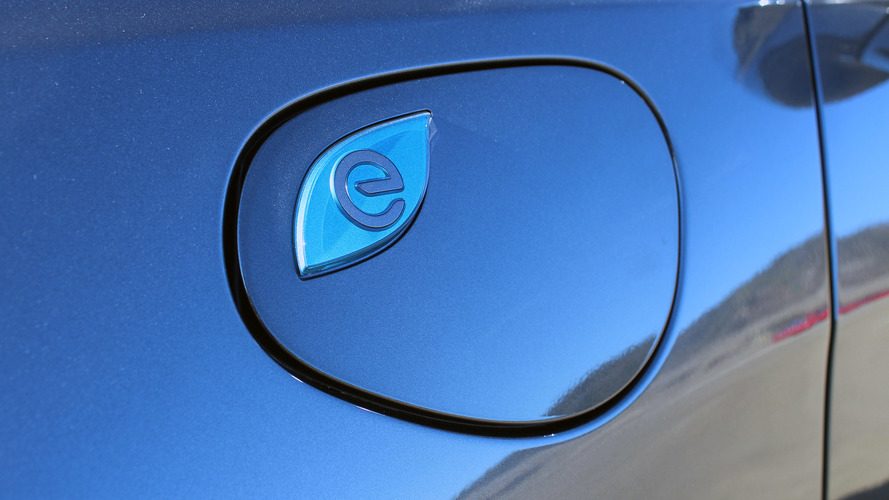 No EV mode, no economy mode, no various regenerative braking settings, no sport mode. Nothing. Just get in the car and drive.

As far as the Pacifica Hybrid is concerned, the choices drivers have to make are intentionally limited. There are literally no drive modes to choose from. No EV mode, no economy mode, no various regenerative braking settings, no sport mode. Nothing. Just get in the car and drive. While control freaks, EV geeks, and hypermilers might lament that fact, nearly zero potential Pacifica buyers will miss it. With charge in the battery, it automatically starts off using electric power, and the Pentastar 3.6-liter V6 only kicks in when that’s depleted, or if you dig in hard enough to the accelerator that the car decides it needs to make more complete use of its 260 total system horsepower.

On a standard outlet with the included charging cable, the Pacifica Hybrid recharges in about 14 hours, but the dealer will sell you a 240-volt Level 2 charger that’ll do it in two hours. On the road, a full charge equates to about 30 miles of electric driving range. Unless you’re making passes on the highway or accelerating uphill, you likely won’t see the V6 engine fire up whiles there’s charge left in the battery. Chrysler was playing coy about fuel economy, but the company says to expect about 80 MPGe in the city.

Even under electric power alone, this minivan is plenty quick. The quiet acceleration is impressive, and it actually feels pretty athletic in a straight line. That I was actually having fun zipping through LA city traffic is a fine testament to this family hauler. While there is an opportunity for some game-ification of trying to eke out the most efficiency from the powertrain – there are gauges on the instrument cluster and even an “efficiency coach” screen that help to that effect – I had more fun just enjoying the thought-free act of driving. Of course, I’m not going to call the Pacifica Hybrid a driver’s car. It’s a tool. But dads love tools, and this is a tool that I actually liked using. 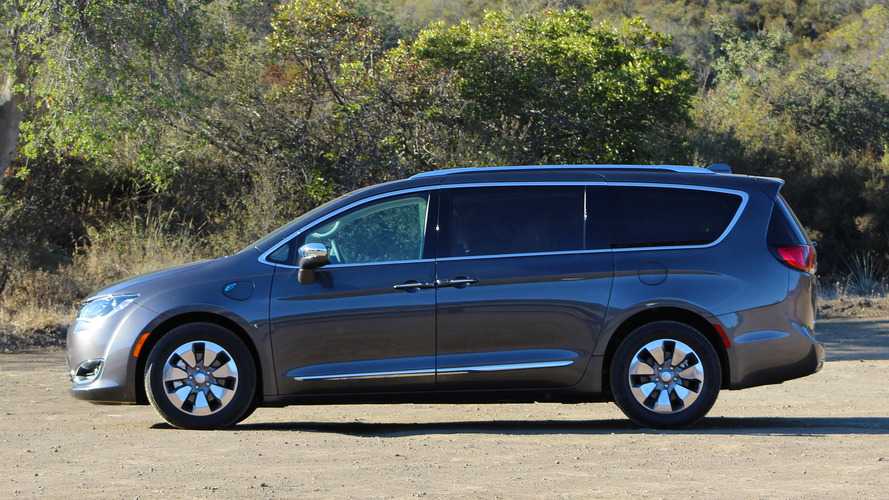 I’m not going to call the Pacifica Hybrid a driver’s car. It’s a tool. But dads love tools, and this is a tool that I actually liked using.

After leaving behind iconic LA streets that would be later taken over by protestors, we cruised up the Pacific Coast Highway for lunch at Malibu Pier, still relying almost entirely on electric propulsion. Our drive route took us up Topanga Canyon Road into the hills above the Los Angeles area. Steering through the sweeping curves is no chore, as the Pacifica’s steering is tuned for ease over feedback. It’s easy to forget about the act of driving and just take in the scenery (which included sporadic, fresh graffiti reading “Calexit now”).

Eventually, the battery in my tester drained down to zero percent, and the gas engine took over, though the electric power continued to assist as energy was recovered through the regenerative braking system. The Pacifica Hybrid switched between the two modes of power seamlessly, and with a minimum of noise or vibration making its way into the cabin. The Pentastar is a solid engine, and this modified version aided by the eFlite transmission with its two electric motors felt forever capable whether climbing mountain roads or passing slower cars on the highway (I never did encounter any traffic issues related to protests).

The only time it felt a little unwieldy was in the tight, fast mountain corners. Again it’s a minivan, but at least when you’re driving downhill, you can challenge yourself to see how much you can charge the battery using the regenerative brakes. While it would be kind of awesome to behold, the Pacifica’s not winning any autocrosses. 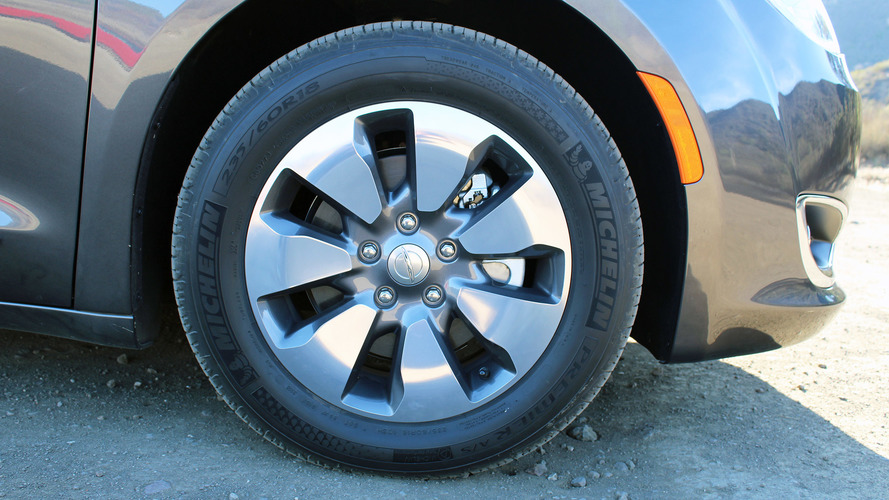 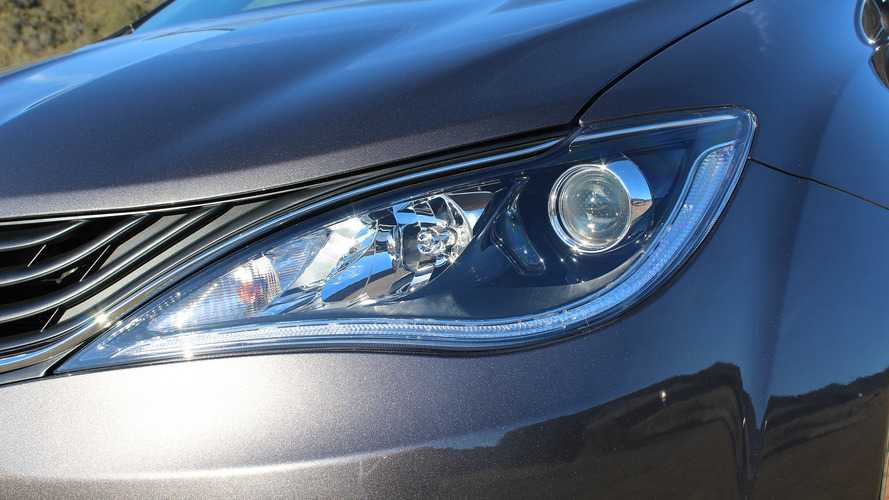 The Pacifica Hybrid switched between the two modes of power seamlessly, and with a minimum of noise or vibration making its way into the cabin.

I spent some time in the back of the van, too. With the addition of its battery pack, there’s no Stow ‘n Go option for the second row, just a pair of comfy captain’s chairs, which are removable should you need to stuff in the 64 sheets of plywood the vehicle can accommodate. Even fully grown adults will find the third row suitably comfortable for cross-town rides, and those do fold flat into the floor when you don’t need them.

Interior design lead Chris Benjamin says that Chrysler wanted to “take a tool and turn it into an object of desire.” That started to sink in as I spent more time in the vehicle. Plug-in hybrid technology is cool to me. It’s something I find attractive on an intellectual level. Visually, though, the Pacifica is a nice looking minivan inside and out, but especially inside. The dash is sculpted interestingly, and elements from the stitching to the plastic trim, to the flowing contour lines are evocative. There’s a subtle artistic vibe to the interior, blending modernism with contemporary design influences borrowed from architecture and consumer electronics. Adults and children alike will be drawn to the attractive center stack and its centerpiece, the 8.4-inch touchscreen embedded flush in the dash. Certain eyes may see the Chrysler wing logo reflected in the vents surrounding the techy display. Perhaps there’s even some technological symbolism there for the brand.

If I know kids – my wife’s repeated claim that I act like a four-year-old could speak to my credibility here – they’re going to dig Chrysler’s UConnect Theater that comes included in the Pacifica Hybrid Platinum. Sure, there’s merit in letting your kids be bored (“It builds character,” my inner dad is hollering), but every parent knows that there are times when, for your own sanity, kids need something to occupy their attention. With this system, you can connect your own device or console, or use built-in apps. Some of the available games are educational, and you could always impose your own favorite educational programming, but anything will do when your unusually strong son starts kicking the back of your seat on a day-long road trip. 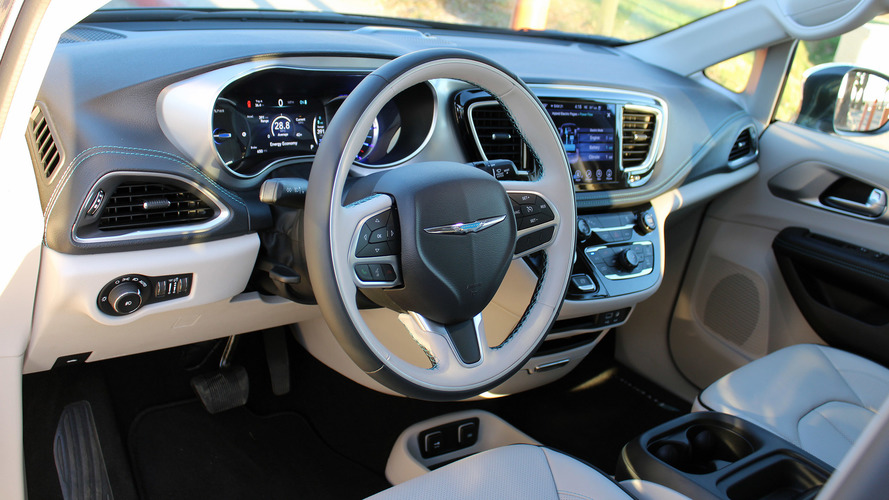 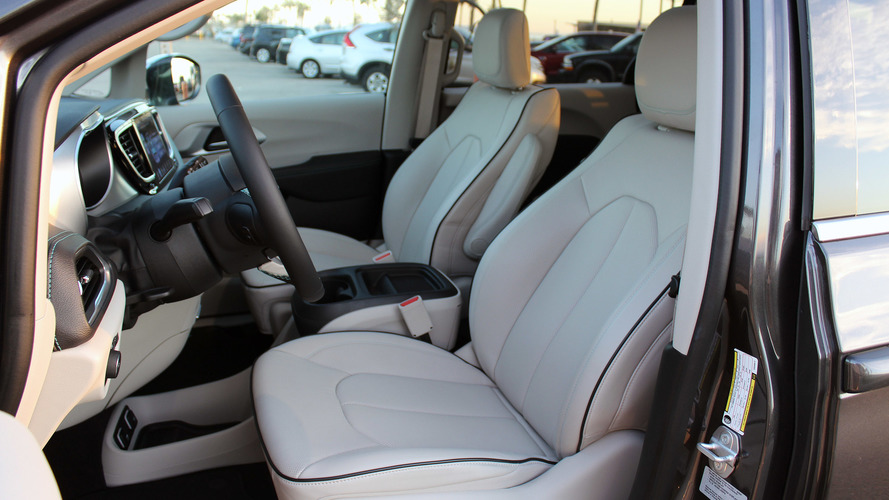 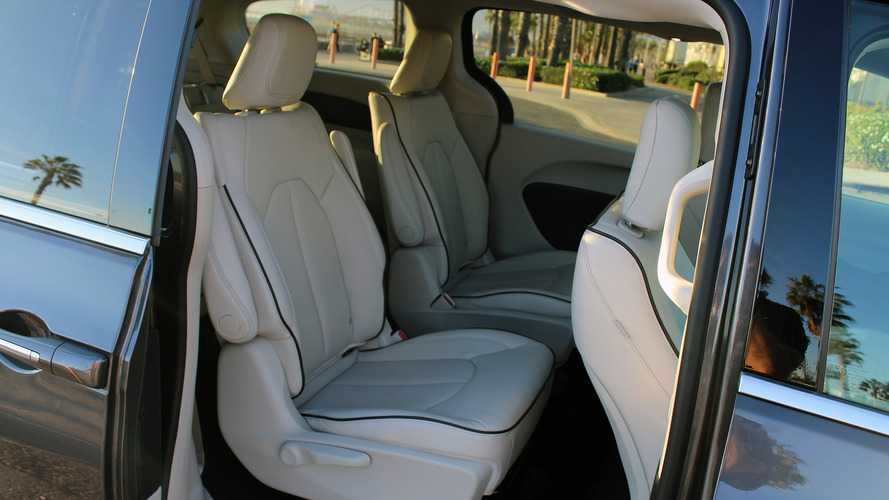 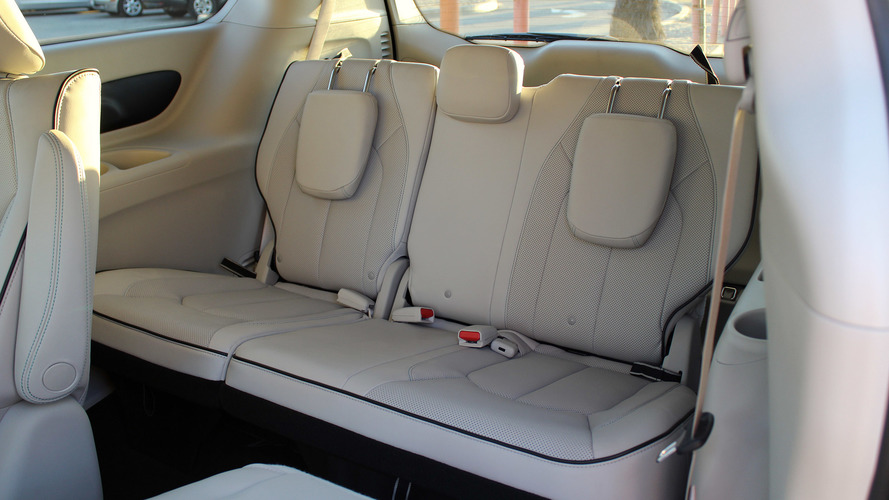 The Pacifica Hybrid is eligible for the full $7,500 federal tax rebate.

The choice-averse don’t have much to fret over when it comes to configuring their Pacifica Hybrid. There are a total of two grades: Premium and Platinum. Premium, starting at $41,995 (plus $1,095 destination), includes heated front seats, the 8.4-inch touchscreen display, three-zone climate control, power sliding doors, rear back-up camera with park assist, blind spot monitoring, and rear cross path detection. There is only one option to choose, a single overhead DVD player for $895.

Now, this is an easy choice. For three grand more at $44,995, the Platinum model gets 18-inch wheels, Nappa leather seats, ventilated front seats, Uconnect Theater for the kiddies, 13-speaker Alpine audio system, 3D navigation, and Chrysler’s Advanced Safety Tec suite, which includes adaptive cruise control with stop and go. Not surprisingly, Chrysler expects this to be the volume model. Again, there’s only one option to choose from at this level: the tri-pane panoramic sunroof for $1,795.

Here’s the kicker, though. With its 16-kWh battery pack, the Pacifica Hybrid is eligible for the full $7,500 federal tax rebate, as well as any local or corporate incentives that may be available to you. The credit-adjusted pricing on the Pacifica Hybrid Platinum significantly undercuts similarly equipped (minus the plug-in powertrain) minivans, making it super attractive as fully loaded dad machine safely under $40k. 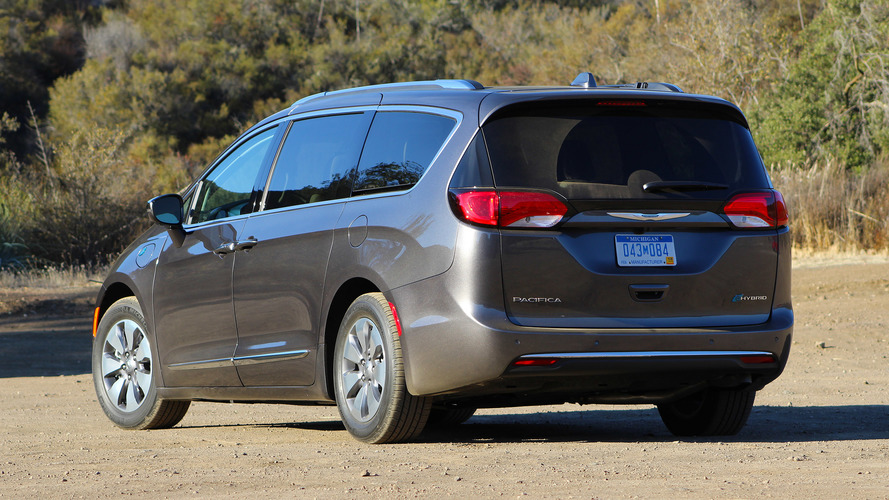 Here’s some honest dad talk from an honest dad. Now that I have a handsome, muscular son of my own, that switch in my brain has flipped that causes fathers to enjoy dumber jokes, want to build things out of wood, and consider owning vehicles we never would have before. Since its announcement, I’ve actually toyed with the idea of the Pacifica Hybrid as a possible replacement for my aging WRX. What would have sounded preposterous to the single, fast-driving, cheap-beer-pounding, knife-fightin’ (okay, that one’s not actually true) John sounds pretty alright to the diaper-changing, bird-feeding, business-owning, martini-sipping Snyder I’ve become. After getting a turn behind the wheel of this electrified minivan, I’m keeping it on my list, though my wife is more likely to be the one to get the bigger car, and she prefers diesel.

For those of us with busy lives and a myriad different worries about work, family, finances, safety, and, yes, the country and culture our children will grow up in, making decisions can be exhausting. Car buying can be a time-consuming distraction, especially in these anxious times. When it comes to a practical vehicle that meets a variety of needs and desires, the fact that Chrysler and the Pacifica Hybrid keep the choices limited and easy is a small mercy. That it’s electrified, well executed, and, as I’ve admitted, actually pretty cool, makes it a good option for those who suffer from too many options.