Say ‘hello’ to the Soviet Russia's answer of the famous Willys MB (the Jeep) – a rough four-wheel drive light truck, produced in civilian and army variants.

The GAZ 69 is the replacement for the GAZ-67B – designed to have lower fuel consumption and improved off road capabilities. The development of the car started in 1946 and the first operating prototype was ready a year later. 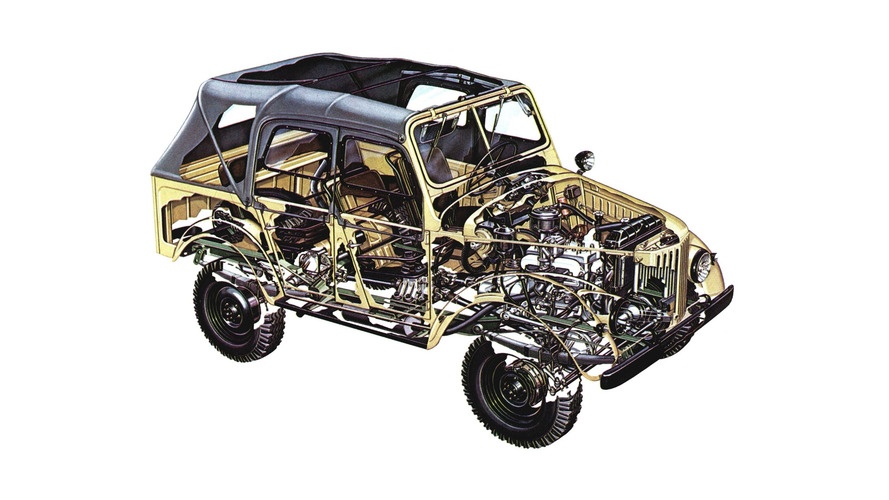 The GAZ 69 is a typical off-road vehicle with a four-cylinder petrol naturally aspirated engine, sending power to all four wheels through a three-speed manual gearbox. Interestingly, the car features two fuel tanks – one under the floor and one beneath the passenger’s seat.

Well, it was basically an army car, also available for civilian customers. It is a super capable off-road machine with robust chassis good road angles. It adopts the 2.1-liter engine from the GAZ M20 Pobeda sedan – a motor, based on a classic Dodge engine from 1935, of which the blueprints were purchased for $20,000.

It’s indestructible. I mean – seriously. More than 50 years after it was launched, the GAZ 69 is still used in some countries from Eastern Europe as a daily ride in rugged areas. Late examples are super popular among car collectors with prices starting at around $10,000 for unrestored examples.

The car served as a base for many different projects in Soviet Russia. Its successor, the UAZ-469 (also featured in our 'Soviet Bloc Cars Were Weird' series), traced its origins from the construction of the 69, while some quite spectacular machines like the 2P26 tank destroyer and the GAZ 46 MAV 4x4 amphibious vehicle were also based on the 69.

Several examples of the GAZ 69 are currently having a well-deserved rest at different museums around the world, including the Museum of Transportation in western St. Louis County, Missouri, United States, and the Fort aan den Hoek van Holland in the Netherlands.