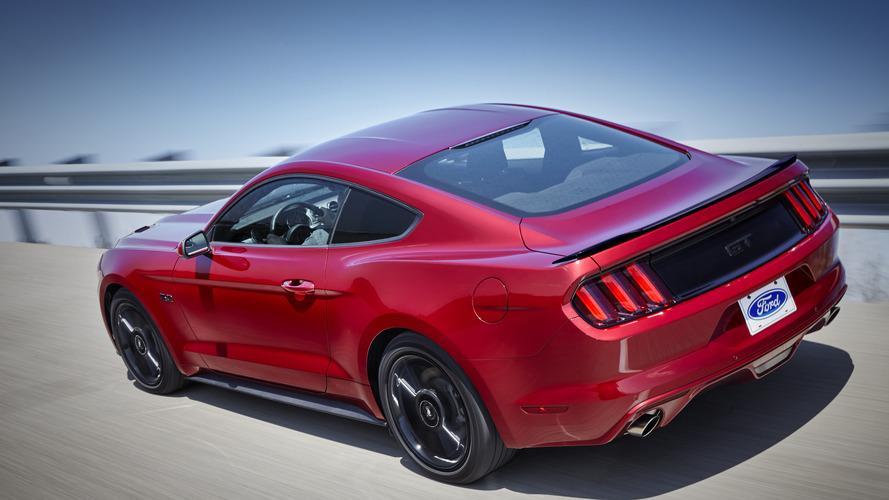 Sports car segment is one of the fastest growing segments on the European market for the first half of this year. According to JATO Dynamics, total registrations grew by a significant 31 percent to a total of around 70,000 units for the first six months.

After dominating the German sports car market in March, it seems the Ford Mustang is now also the best-selling high performance car with 250 horsepower (184 kilowatts) or more in the United Kingdom. The Blue oval says the pony car has 2,317 registrations in the country for 2016 so far and “this puts the Mustang comfortably at the top of the table against rivals, the closest being the Jaguar F-Type with 1,446.”

Last year, the Mustang was the top-seller in this segment globally with approximately 110,000 sales. It was the only sports coupe to sell more than 100,000 units and was “far and away the best-selling two-door sports car in the world,” as Ford explained.

The Ford Mustang is UK’s most popular high-performance sports coupe, ahead of competitors from Porsche, BMW, Jaguar and Mercedes. Figures for sports cars with 250PS or more put the Mustang at the front of the pack from January to July 2016.

Since Ford started taking orders in January 2015, the Ford Mustang has topped 4,000 sales to date, with total 2016 registrations at 2,317, so far. This puts the Mustang comfortably at the top of the table against rivals, the closest being the Jaguar F-Type with 1,446.

The current split in sales across models shows that 70 per cent of customers specified the 5.0-litre V8 engine, with the remaining 30 per cent favouring the 2.3-litre EcoBoost. Total customer orders for the Ford Mustang in Europe now stand at more than 19,500 since the car was launched in the third quarter of 2015.

Since June this year, all Mustang models have been fitted sophisticated SYNC 3 infotainment system as standard, offering a redesigned eight-inch touchscreen and faster performance, and the ability for drivers to control their connected smartphones, audio, navigation, and climate functions with more conversational voice commands.

The Mustang’s popular European introduction is another page in the exciting Ford Performance story, which continues with the success of ST, Fiesta ST200, Focus RS and GT. More than 6,500 enthusiasts applied to buy the all-new Ford GT in just one month – with over 500 from the UK alone.