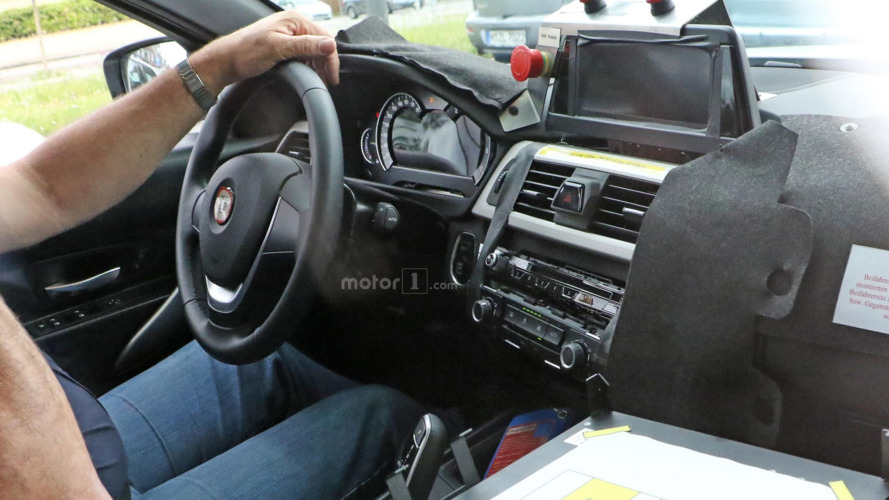 BMW's next installment of its best-selling model has been captured in Munich.

As it was the case with previous prototypes, there’s no point in talking about the car’s exterior design taking into account it is only an early prototype with many of the body panels sourced from the current model. It’s hard to notice at this point whether there are any size differences between the two, but maybe BMW will stretch the wheelbase to enable more rear legroom.

While the front-wheel-drive 1-Series Sedan is only for China at this point, we won’t be too surprised if BMW will eventually decide to sell its smallest sedan all over the world to rival the CLA and A3 Sedan. If it will happen, it would make sense for the next 3-Series Sedan to grow in size, so the two won’t clash in terms of size.

Getting back to the prototype at hand, it was caught on camera in Munich and our spies were able to take a few shots of the interior. At first you would be tempted to say it’s carried over from the current model, but that’s not entirely true. The analog dials of the instrument cluster probably don’t work because instead there seems to be a digital display. It’s probably a sign the 3-Series G20 will make the switch to digital gauges, at least as an optional feature.

In addition, the buttons and knobs on the center console are not exactly the same as the ones you get on the current 3-Series which received a very subtle facelift in 2015. Overall, it’s too soon to pass a verdict on the car’s cabin since right now we’re basically dealing with the interior of the current car featuring some small changes.

Likely scheduled to arrive towards the end of 2017, the new 3-Series will make the switch to BMW’s CLAR platform that has already underpinned the flagship 7-Series and will also serve as foundation for the new 5-Series bound to show up in January at NAIAS. The platform change will enable a healthy weight loss, even though the car might grow in size a little bit.

Starting 2019, the 3-Series Sedan will also be manufactured in Mexico at BMW’s new $1 billion factory located in San Luis Potosí, Mexico. As far as the wagon is concerned, the latest gossip indicates its next generation won’t come to United States, but the good news is you still have plenty of time to buy the current model as it will remain in production until June 2019.