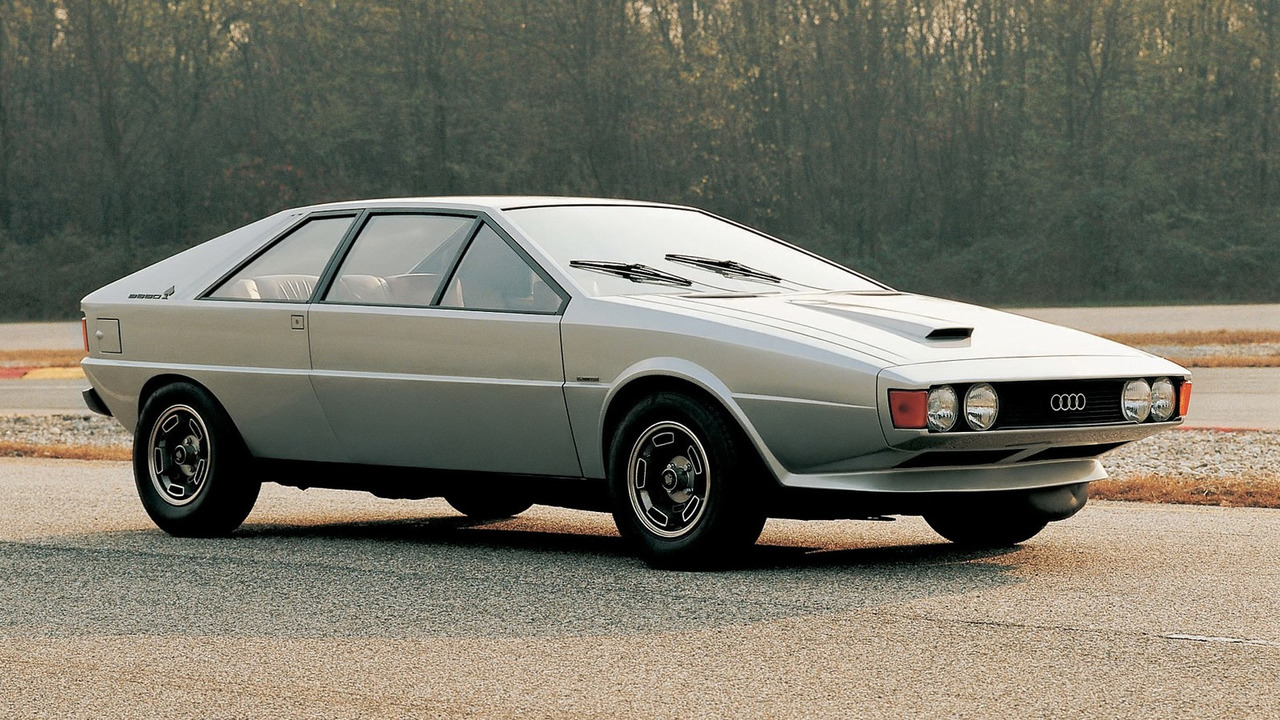 With a design that went on to influence the iconic Lancia Delta, the Asso di Picche concept was an interesting proposal for a sporty, two-seater Audi coupe.

Because of its rather unusual wedge-shaped body and angular lines which were actually reminiscent of previous concepts from Giugiaro, such as the 1971 Alfa Romeo Caimano and the 1972 Maserati Boomerang. Although it was largely based on the Audi 80, the only connection between the two in terms of design was the shape of the front and rear lighting clusters.

The interior was quite special as well, featuring a unique dashboard with two cylindrical clusters hosting all the controls and driver information displays. It also had a sporty steering wheel with a single metallic spoke while the door pockets were designed to look like small handbags. Leather upholstery gave the interior an upscale feel and the seat cushions were actually replaceable.

To give you a little bit of background about the concept, the Asso di Picche was commissioned by German coachbuilder Karmann and built by Giorgetto Giugiaro’s reputable design house Italdesign. It used the Audi 80’s chassis and was envisioned with the same 1.3- or 1.5-liter, inline-four gasoline engines mounted longitudinally. These engines worked with a four-speed manual gearbox sending power to the front wheels. However, it’s not known which of the two engines was inside the concept and if the vehicle was actually drivable.

Although Audi liked the idea of a two-seater sports coupe, the Asso di Picche did not morph into a production car. That’s because the folks from Ingolstadt decided to prioritize the development of passenger cars that would generate more sales compared to this car which would’ve turned out to be a low-volume model. In addition, parent company VW was afraid a production variant of the concept would clash with the Scirocco that came out just a few months later.

The Asso di Picche was actually part of a series of concepts, with the other two being the Asso di Quadri (“ace of diamonds”) and the Asso Di Fiori (“ace of clubs”). The former was based on a BMW 320 (E21) and was introduced at the 1976 Turin Motor Show, while the latter was based on the Isuzu Gemini and was exhibited at the 1979 Geneva Motor Show. The Asso Di Fiori actually made the transition to a production model with very little changes, becoming the Isuzu Piazza in 1981.

The plan was also to create an Asso di Cuori (“ace of hearts”) to complete the series, but unfortunately that didn’t see the light of day.