The automaker collaborated with Chris Stapleton on the styling.

Ram and musician Chris Stapleton have collaborated on a retro-looking pickup truck. The Traveller, named after Stapleton’s 2015 debut album, takes the Ram 2500 Heavy Duty pickup back about  40 years to the late 1970s and early 1980s by adding vintage styling touches and colors inside and out.

The truck wears 18-inch retro-inspired Turbo Fin wheels. They feature a machined face and a deep-dish design with bright chrome center caps. The truck lacks the typical Ram branding, instead getting a 3D Ram hood ornament and 1980s-style fonts.

Ram completed even more upgrades inside, finishing the interior in a custom, monochromatic Bison Brown color. Designers added pops of color via buffalo plaid flannel used throughout the cabin. It adorns the headrest, the underside of the center console lid, and the key ring – and it’s a nice contrast. It’s the same material as the jacket Stapleton wore on his debut album cover, connecting the two.

A custom front-row bench helps the Ram’s interior stand out, with the Walnut Burl wood assisting in creating a unique cabin. The seats are wrapped in cloth, and the speaker grilles draw inspiration from the design of a high-end guitar amp. Stapleton’s signature also adorns the interior. It’s inlaid into the wood on the instrument panel.

“Our journey with Chris throughout his career is something we are extremely proud of and to see this Ram Truck collaboration come to fruition is an endeavor we will cherish for a long time,” said Mike Koval Jr., Ram’s CEO.

Right now, the Country Music Hall of Fame Museum in Nashville, Tennessee, is hosting the exhibit Chris Stapleton: Since 1978. Ram revealed the truck at the museum on November 7. The exhibit runs through May 2023. The upgrades to the Ram 2500 HD were purely authentic, with the truck’s mechanicals, like its Cummins diesel engine, left alone. 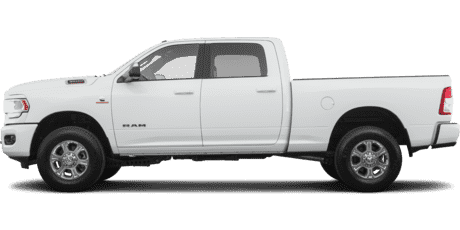