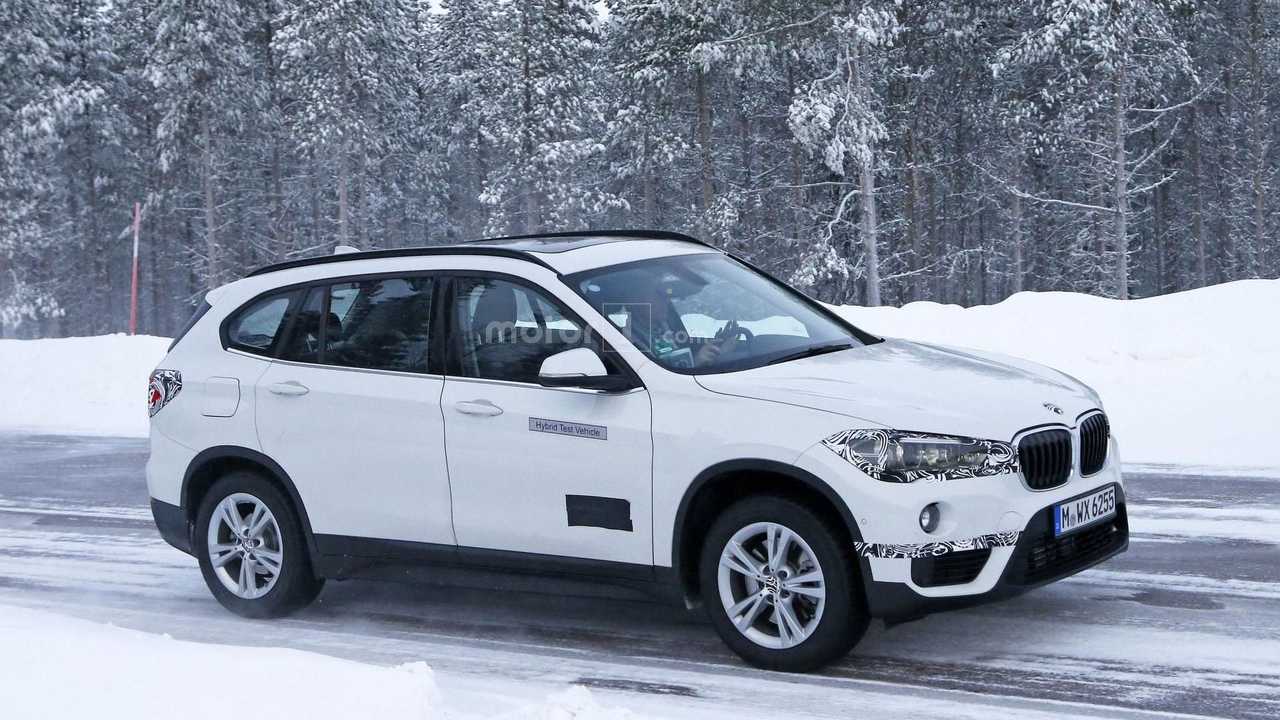 Set to be introduced later this year, the plug-in hybrid variant follows in the footsteps of the standard model but features a charging port which is located on the driver's side front fender.  There doesn't appear to be any other changes but the production model should feature special badging and a modestly revised interior with hybrid-specific displays.

Power will be provided by a plug-in hybrid powertrain that consists of a 1.5-liter TwinPower Turbo three-cylinder engine, an electric motor, and a 7.7 kilowatt hour lithium-ion battery pack.  The engine will power the front wheels, while the electric motor will motivate the rear wheels.  This will allow the model to be front-wheel drive, rear-wheel drive, or all-wheel drive when the two powertrains are working together.

Detailed performance specifications will be announced later this year but the model is expected to have a combined maximum output of 224 horsepower and 284 pound-feet of torque.  This could enable the crossover to accelerate from 0-62 miles per hour in approximately seven seconds and have an electric-only range of up to 25 miles.