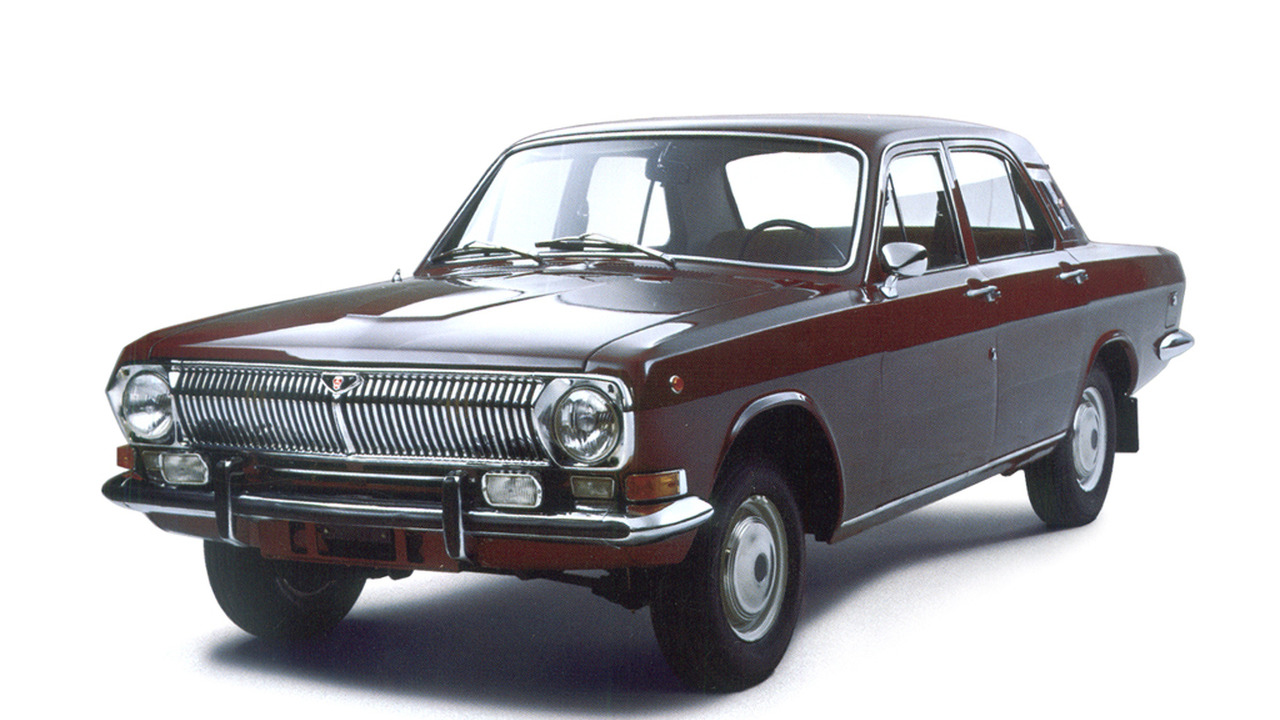 This is the Volga GAZ-24, an executive salon by Russian car manufacturer GAZ that was displayed for the first time at the London Motor Show in 1970.

This is the Volga GAZ-24, an executive salon by Russian car manufacturer GAZ that was displayed for the first time at the London Motor Show in 1970. The vehicle was exported to many countries outside the USSR, including parts of Western Europe, Latin America, and Indonesia.

Mass production of the GAZ-24 started on 15 July 1970, while export sales kicked off a year later. The model was also assembled in Belgium by Scaldia-Volga and these cars were offered with diesel engines and sold until mid-1980s.

In 1974 a highly-limited V8 version was introduced, powered by a 190-horsepower (140-kilowatt) 5.5-liter engine coupled with a three-speed automatic transmission. While it was still equipped with drum brakes like the standard Volga, it featured power steering from the GAZ Chaika, as well as a modified suspension and a 28-gallon (105-liter) fuel tank.

Development of the GAZ-24 finished in 1966 and in the next few years the manufacturer produced only prototypes of the car. The limousine was designed to replace the aging GAZ-21 and was better than its predecessor in nearly every possible element. Despite being slightly shorter than the GAZ-21, for example, the GAZ-24 offered improved interior space with room for five or six passengers.

And here comes the irony. The Volga GAZ-24 was not commonly available to the public for most of its production lifetime, but at the same time it was the most popular taxi vehicle in Soviet Russia. It was cheap to maintain and extremely durable – most of the taxi cabs had more than 620,000 miles (1 million kilometers) on the odometer and were still used after several engine rebuilds.

There was even a hardcore AWD version, from which only five were produced in the winter of 1973-1974. They featured a UAZ-provided transfer case, which made the car 200 pounds (90 kilograms) heavier than the standard model.

In 1985 the model was revised to remain on sale until 1992 and received an improved 98-hp motor, heavily modified interior with higher quality materials, and exterior differences, including new radiator grille, door handles, bumpers, and others.

If we have to compare the Volga GAZ-24 with a modern vehicle, it was the Mercedes-Benz E Class, BMW 5 Series, and Audi A6 of its time – it featured all the latest technologies for the manufacturer, but was actually positioned below the flagship models for the political elite.