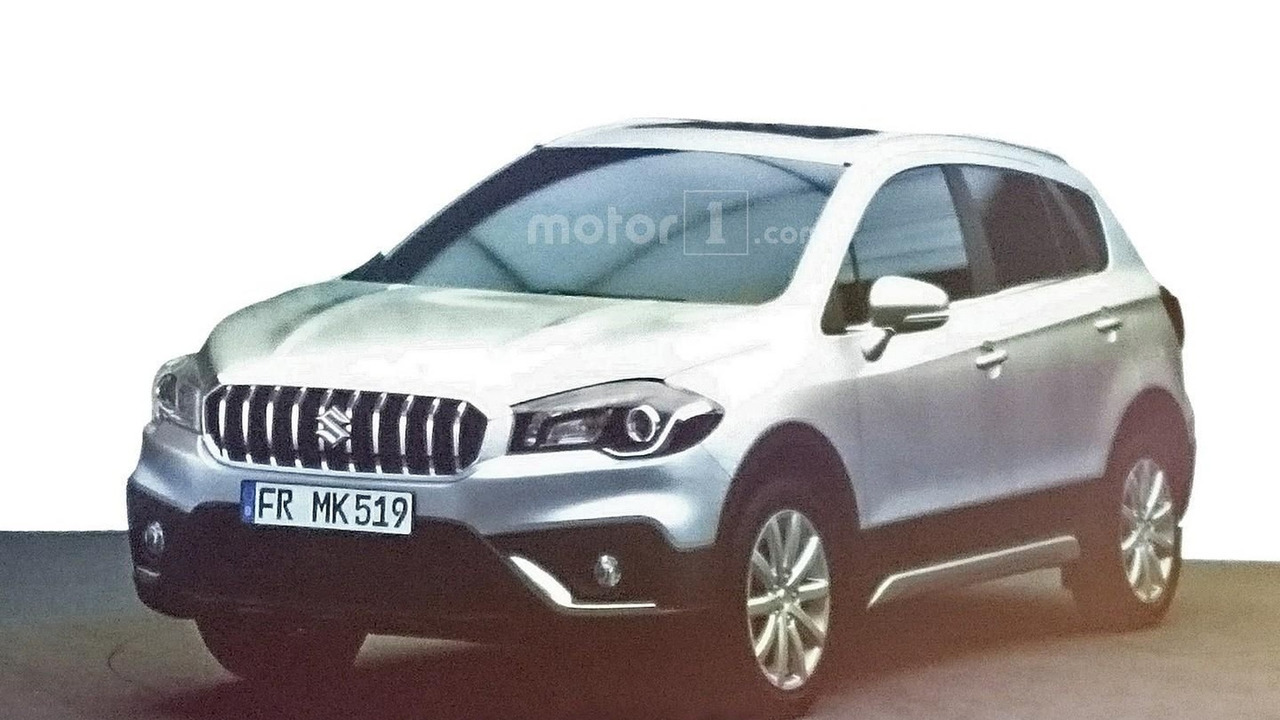 We have managed to obtain two revealing images of Suzuki’s upcoming facelift for the SX4 S-Cross as shown last week in France at a dealer presentation.

We have managed to obtain two revealing images of Suzuki’s upcoming facelift for the SX4 S-Cross as shown last week in France at a dealer presentation.

Suzuki introduced the SX4 S-Cross almost three years ago at the Geneva Motor Show and now the company is getting ready to bring its crossover to the same show with a brand new face. The mid-cycle refresh is quite extensive as the model will gain reshaped headlights and a brand new front grille with vertical slats instead of the current model’s curved horizontal slats.

The hood has also been redesigned and there’s a new look for the front bumper as well. Although we don’t get to see the rear end in the attached images, chances are the bumper and the taillights have also gone through cosmetic surgery to keep up with the front changes.

On the inside we notice the implementation of a purple trim on the dashboard, along with new metallic trim, a fresh look for the center stack, and possibly some changes to the instrument cluster. Chances are Suzuki will offer more customization options for the interior to broaden the model’s appeal.

There’s more to the facelifted SX4 S-Cross than just cosmetic tweaks as Suzuki said during the dealer presentation the crossover will feature an increased ground clearance. The engine lineup will apparently consist of newly developed 1.0- and 1.4-liter BOOSTERJET gasoline units and a turbodiesel 1.6-liter. The tiny 1.0-liter will be linked exclusively to a five-speed manual gearbox whereas the other two will be paired to a standard six-speed manual or an optional six-speed automatic.

The Suzuki SX4 S-Cross facelift is scheduled to go on sale in June, but we will probably see it next month in Geneva.