Father Vs. Son In Hypercar Race Between LaFerrari And 918 Spyder

A sub-10-second quarter-mile time is still impressive now, and even more so from a supercar that's a few years old.

Most father-son bonding is a fairly low key experience like going fishing or enjoying a baseball game, doing something like going to the drag strip in a pair of million-dollar supercars isn't usually an option. However, a father in a LaFerrari and his kid in a Porsche 918 Spyder appear to be having quite a bit of fun at this quarter mile in Texas.

It doesn't look like these guys visit the strip very often, though. For example, the Ferrari jumps the start the first time, and both cars appear to have interminable reaction times on the restart. 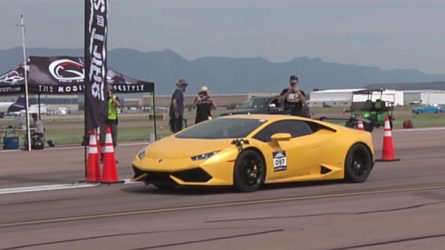 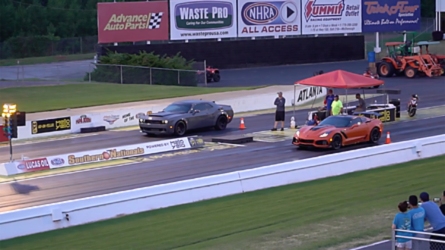 Demon Drag Races ZR1, But It’s Not As Exciting As It Sounds

These times, especially for the Ferrari, also points to the father and son not bringing their supercars to the drag strip too often. Even though it's rear-wheel drive, the LaFerrari still has a horsepower advantage at 949 horsepower (708 kilowatts) to the all-wheel-drive 918's 887 hp (661 kW). The Ferrari shouldn't be a full second slower in the quarter mile.

There's good reason for these guys not pushing the machines too hard because they are also investments. On the second-hand market, both the LaFerrari and 918 Spyder sell for around $2 million, despite original prices of about half that amount.