The streamlined concept car is a rolling testbed for M-B’s future technologies.

Billed as Mercedes-Benz’s most efficient vehicle ever, the Vision EQXX concept is no mere show car. The experimental electric vehicle is meant to evaluate future technology, with an innovative 100-kilowatt-hour air-cooled battery, streamlined aerodynamics, and efficiency-enhancing cabin electronics. Supposedly, it all adds up to a range of more than 620 miles (1,000 kilometers), with overall energy consumption of 10 kWh/100 km (6.2 miles/kWh).

But theoretical specs are only as good as the paper they’re written on. As such, Mercedes-Benz decided to put its idea to the test via Mission EQXX: a 626-mile trip on public roads from the company’s Electric Software Hub (ESH) in Sindelfingen, Germany, to the coastal town of Cassis, France. The journey would comprise significant elevation changes, winding two-lane roads, and several miles of derestricted Autobahn driving. What’s more, the route would be open to the public, subjecting the Vision EQXX to construction zones, traffic jams, and slack-jawed onlookers swerving in for a closer look and a photo.

The ESH is one of Mercedes’ newest facilities, housing the teams that research, develop, and evaluate the company’s infotainment, electric propulsion, advanced driver assistance, and cloud-based services. The facility employs hundreds of people on-site, but cooperation comes from Mercedes’ other development offices, everywhere from Beijing and Bangalore to the Bay Area. In addition to the human resources, the ESH also houses a variety of simulated and dynamic testbeds.

One such machine tests out an autonomous driving brain by feeding it the digital equivalent of a public road. A visualization of the simulation appears on a computer screen, allowing engineers to monitor how an autonomous vehicle would handle the sudden appearance of a pedestrian on the freeway, for example. Another location in the facility allows developers to evaluate how an electric vehicle would operate in a variety of climates and road conditions, all without putting a tire to the road. In fact, a huge amount of Mercedes-Benz’s research and development happens in this simulated state, before a car is anywhere close to roadworthiness. 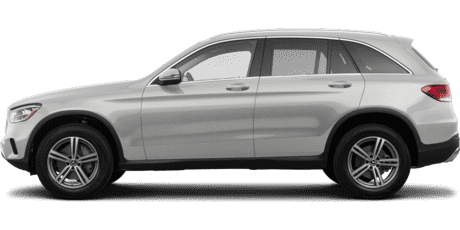 That made the ESH a perfect starting point for the Vision EQXX’s long trip to France. The facility’s engineers were already familiar with the car, and they would be monitoring its behavior remotely – whatever the car saw or did, the software hub knew about it. In fact, a disembodied EQXX computer (implanted in an EQB body) was running the exact same virtual route as the physical car, which came in handy when a minor DC/DC converter issue on the Vision EQXX showed its head. Engineers in Sindelfingen were able to find the problem on the virtual car, then tell the real-world drivers how to fix it remotely. Mission Control, all systems go.

The Mercedes-Benz Vision EQXX hit the road a few minutes before sunrise, winding its way through Stuttgart before hitting the unrestricted Autobahn. While efficiency was a key part of the EQXX’s mission brief, the drivers still maintained a normal flow of traffic, hitting 87 miles per hour before crossing the border into Switzerland just in time for Zürich's morning traffic. From there, the team encountered its first big obstacle driving through the Gotthard Road Tunnel, a stretch known for stop-and-go snarls and a 9-mile-long, five-percent grade. A comparably light unladen weight of 3,869 pounds helped conserve energy.

After breaking free of Gotthard’s traffic, the Vision EQXX began its descent toward Northern Italy, where its regenerative braking, one of the EQS' best attributes, came into its own. The EQXX has selectable levels of regen, which meant drivers could efficiently coast on flat highway stretches, add a little recuperation on small hills or when approaching slower traffic, or activate one-pedal driving in the city. An added benefit of this extensive regenerative braking is that the EQXX rarely engages its mechanical brakes, which allow them to be constructed from aluminum components, further saving weight.

Most of the trip thus far had been undertaken in typically Teutonic early spring rainy weather and ambient temperatures of 40 degrees, but crossing the border from Switzerland to Italy summoned the sunshine. With 117 solar cells that achieve 20 percent efficiency – an industry-leading number in solar electricity generation – the roof of the Vision EQXX feeds the car’s 12-volt battery that powers auxiliary features like the infotainment, navigation system, power accessories, and speakers. According to Mercedes, the solar roof can add 16 miles of range over the course of a 621-mile trip by reducing load on the drive battery.

After 12 hours of driving – including two 15-minute stops to change drivers and check tire pressures – the Mercedes-Benz Vision EQXX coasted into Cassis, France, a city on the gorgeous Côte d’Azur. After 626 miles on public roads, facing the same chilly temperatures, driving rain, road construction delays, and traffic as every other car, the EQXX still showed a remaining range of more than 85 miles. Even more impressive, the car’s overall energy consumption was better than expected at 7.1 miles/kWh (8.7 kWh/100km) – that would convert to a stunning 239 miles per gallon equivalent on the EPA scale.

Mercedes says we’ll see some of the Vision EQXX’s technologies, like its passively air-cooled battery and unique battery chemistry, as early as 2024 when the next-generation A- and B-Class arrive on the new MMA compact car architecture. In fact, the EQXX’s overall length and four-door layout suggest that it could even evolve into the next-generation C-Class, which is expected to be fully electric.

Whether Mercedes’ future cars look as sleek and streamlined as the Vision EQXX remains to be seen. But it’s clear that the automaker is working toward making fully electric vehicles a compromise-free solution, combining long-range grand touring with a small energy footprint and eco-chic design. Mission EQXX accomplished.