See Harlem and cruise Fifth Avenue as it was 90 years ago.

One doesn't have to be a New York City resident to appreciate the wonders of this restored video from the 1930s. For that matter, it doesn't take a classic car aficionado to appreciate the sculptured fenders, round lights, and abundance of chrome that defined cars of the era. You get both in this brief but glorious slice-of-life look at the Big Apple as it was ... nearly a century ago.

Full disclosure – we aren't experts on New York City in modern times, never mind the past. We've done a bit of scouting to identify some landmarks, but we'd love to hear from NYC folks to pick out even more details if you can. Much has certainly changed, but it's also amazing how much is still the same. Look up some of these landmarks on Google Maps, jump into street view, and you'll see what we're talking about.

⠀ Cruise California During The Golden Age In Beautifully Restored Videos

If our sleuthing is accurate, the video opens on Fifth Avenue in Midtown, just south of 53rd Street. With the camera parked on the street, we see all kinds of well-dressed people surrounded by a sea of stately sedans. The camera doesn't stay there long, however, as the video jumps to another part of town, this time on the move. After approximately 30 seconds we finally get a recognizable landmark: The Park & Tilford building in Harlem. This section of the video features Lenox Avenue traveling south, several blocks north of Central Park.

The next cut takes us to a spot that New Yorkers should recognize almost immediately. Much has changed on Fifth Avenue in the last 90 years, but there's no missing Central Park and the Sherman Memorial at Grand Army Plaza, seen on the left as the camera passes by. At this point, we're driving south on Fifth Avenue through Midtown Manhattan. Of the buildings, St. Thomas Church is perhaps the most recognizable of them all with its prominently arched entrances, and it's still there today looking much the same. 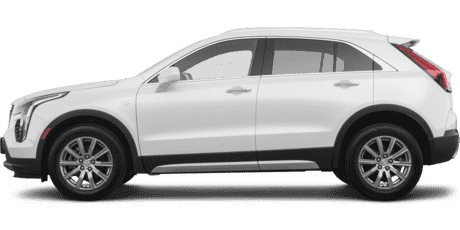 The camera car eventually stops in the same location where this journey began – Fifth Avenue and 53rd Street – and the video ends with a slightly different perspective of Fifth Avenue just south of Central Park. During the five-minute journey, we spotted some properly large luxury coupes and sedans of the era, including what we think was a V16-powered Cadillac in Harlem. We think there's an Auburn sedan parked outside St. Thomas Church along with possibly a Buick? And the roads are absolutely filled with old Fords and Chevys. We could spend all day freeze-framing the video for epic car spotting.

The video description advises the colors may not be accurate, and the sounds are artificial. But the restoration process with stabilization and higher framerate offers viewers an incredible look into the people, the activity, and the cars of New York City in the early days of motoring. For some, such things are better than gold.