There's a little bit of everything in Toyota's booth for the 2022 Tokyo Auto Salon.

Toyota is stretching its legs right now at the 2022 Tokyo Auto Salon, showcasing a hopped-up GRMN Yaris and three concept vehicles that are about as different as you can get. The GR GT3 concept race car was teased with the "hardcore" Yaris about a week ago, but there's also a sportier version of the all-electric bZ4X crossover, and an off-road version of the Lexus NX.

The automaker doesn't have much to say about its concepts, but each is on display at the Tokyo Auto Salon running now through January 16. Here's a closer look at each vehicle.

When Toyota dropped its GR GT3 teaser, we had visions of a modernized Toyota 2000GT with a dash of Supra mixed in, creating a delectable racing cocktail. The end result isn't too far off from that vision with its long bonnet and sloping roofline. Toyota doesn't offer any information regarding power or performance, simply stating the GR GT3 is a development car aimed at attracting the attention of potential racers in the GT3 category.

Based on the NX 450h plug-in hybrid, this concept envisions an environmentally friendly take on off-roading with a lifted suspension and beefy all-terrain tires that can conquer terrain in battery-electric mode. Its joined by the ROV side-by-side concept, wearing an identical shade of bronze and powered by hydrogen. It's not a fuel-cell vehicle, however. The ROV features a 1.0-liter engine that functions similar to a gasoline mill.

Developed jointly with Subaru, Toyota's all-electric bZ4X crossover receives a sporty makeover thanks to a familiar formula of black trim and snazzy wheels that are larger than stock. Inside you'll find a set of sport seats, but as far as we know, there are currently no plans to offer these upgrades on the standard bZ4X. 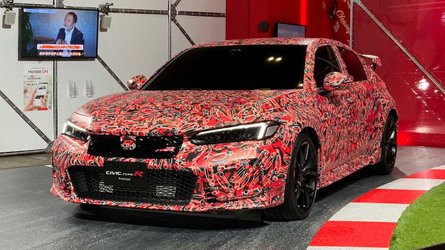 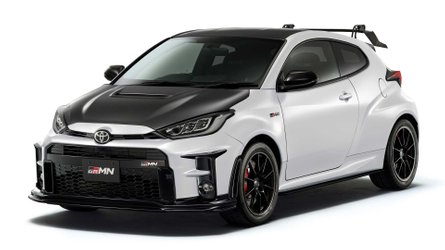