Mercedes SLR McLaren Gets A Modern Facelift In Unofficial Rendering

Improving on a legend isn't easy.

Ordinarily, we'd say there's no chance to see an iconic supercar like the Mercedes SLR McLaren reborn in modern attire. But then Lamborghini resurrected the Countach, and we can't help noticing Ferrari's new Daytona SP3 has a distinct Testarossa vibe about it.

This SLR McLaren redux is an unofficial rendering from The Sketch Monkey, depicting a newer version of the 2000s supercar. Granted it's not nearly as old as the Countach – production on the SLR McLaren kicked off in 2003 and ran through 2009 – but it certainly left its mark in the automotive world. An homage wouldn't be out of place, and with it being quite young compared to its legendary competitors, a modern restyle wouldn't necessarily be that hard to do. Are you listening, Mercedes? 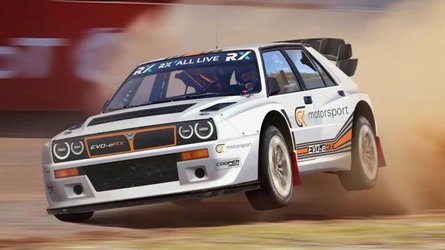 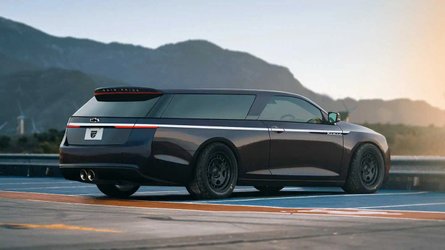 Chevy Nomad Rendering Brings Back Memories From Decades Ago

That comes through in this video, which opens by taking a closer look at the original SLR and its various design features. The second half of the video is where the magic happens, starting with a direct cut-and-paste job using the fascia from a Mercedes-AMG GT Black Series. That's certainly a modern Mercedes supercar, but don't fear SLR fans. This makeover doesn't eliminate the trademark pointed nose for a gaping grille. Instead, the new grille outline is preserved in the edges of the upper and lower intakes, with the nose filling in space at the middle. It's a clever idea that effectively bridges the past and the present.

The headlights make a big difference, too. Gone are the quad eyes that defined Mercedes through the 2000s, replaced by swooping LEDs at the far corners. Less noticeable is the rocker trim on the bottom side of the car, once again mirroring the AMG GT Black Series. The SLR's gills are replaced with cleaner side vents, the mirrors are swapped out, and of course it rides on a set of new AMG spoke wheels.

Could Mercedes build a modern SLR McLaren? For starters, it wouldn't wear McLaren branding. And it wouldn't be a mere facelift of an old model as we see here. But who knows? Maybe in another 10 or 20 years, a new AMG SLR could pop up to remind of those old days in the early 21st century.