After a few years on the market, the Chevrolet Corvette C4 had started to look a bit stale. Then, in 1990, the ZR-1 came out boasting a Group Lotus–designed aluminum-block 5.7-liter V8 with dual overhead cams and four valves per cylinder, giving it 375 horsepower (280 kilowatts) and 370 pound-feet (502 newton-meters). It was a massive technological upgrade from the base ‘Vette and its iron-block V8, but the alterations didn’t stop at the engine.

A wider rear track takes advantage of larger tires, and the ZR-1 came standard with the regular Corvette’s FX3/Z51 performance suspension, with adjustable dampers and sport-tuned springs to go along with a thicker rear anti-roll bar exclusive to the ZR-1. The results were commendable, with outrageous grip that took advantage of the added power, combined with reasonable manners over good pavement. However, it could have been even better.

Enter this rare 1990 Corvette ZR-1 Active Suspension prototype. Built using yet more input from the Lotus engineering firm, the experiment made use of hydraulic-controlled dampers and a sophisticated-for-its-time Delco computer system, which firmed up the suspension in corners using lateral g-meters to counteract body roll. At the same time, it could also react to bumps in the road nearly instantaneously, smoothing out the C4’s famously brittle ride quality.

The system created a few problems, one of which was heat. To solve the issue, the car got cooling vents all over the front end, as well as a dedicated cooler for the hydraulic fluid. Durability was also a concern, thanks to the 3,000 pounds per square inch of pressure the fluid required – that was less easy to reconcile. Also, the dynamic sensors were so sensitive that they responded to electronic interference.

General Motors reportedly spent $27 million on the Active Suspension program before scrapping it for a few different reasons. For one, technology hadn’t quite caught up to theory, since the on-wheel accelerometers interfered with the extremely sensitive suspension actuators – the insulating transducers that could have solved that problem wouldn’t arrive for another decade. And the Active Suspension would have reportedly added a lot of money to the cost of the ZR-1 – anywhere between $35,000 and $100,000 per car – a substantial sum when the base Corvette cost less than $32,000 and the ZR-1 cost about $60,000.

About a decade later, the Corvette C5 would be available with Magnetic Ride Control (the precursor to today's system), which solved some of the Active Suspension problems without adding nearly as much cost. As the name suggests, magnetorheological particles in the dampers firm or soften based on the application of magnetic force, making the Corvette more comfortable over rough surfaces without sacrificing composure on a winding road. But instead of Lotus, Delphi engineered MRC, making the system a bit less exotic than the one found on the C4 ZR-1 – who wants a "Handling by Delphi" badge on their car? 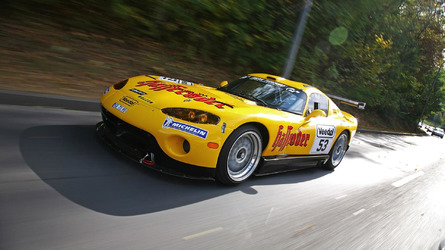 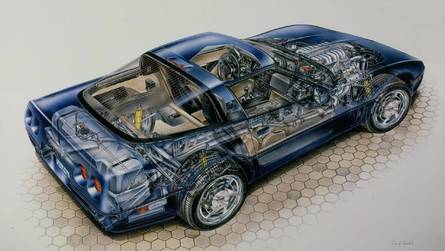 Luckily, Chevrolet built 25 prototypes with the kit in 1990, of which four still exist. The vehicle you see here is one of those four, found on Hemmings in Miami, Florida, for $89,000 with 12,381 miles on the clock. With regular C4 ZR-1s selling for about $50,000 in excellent condition, that original price premium carries over to the 21st century, but the rarity of any flawless, low-mileage 1990 Corvette should make the experimental suspension all the more appealing to collectors. The ad even states that the vehicle runs and drives as it should, though future maintenance might be a trick.

Still, if you want to experience the absolute best performance that 1990s GM had to offer, get out the checkbook and book your flight to the Sunshine State.