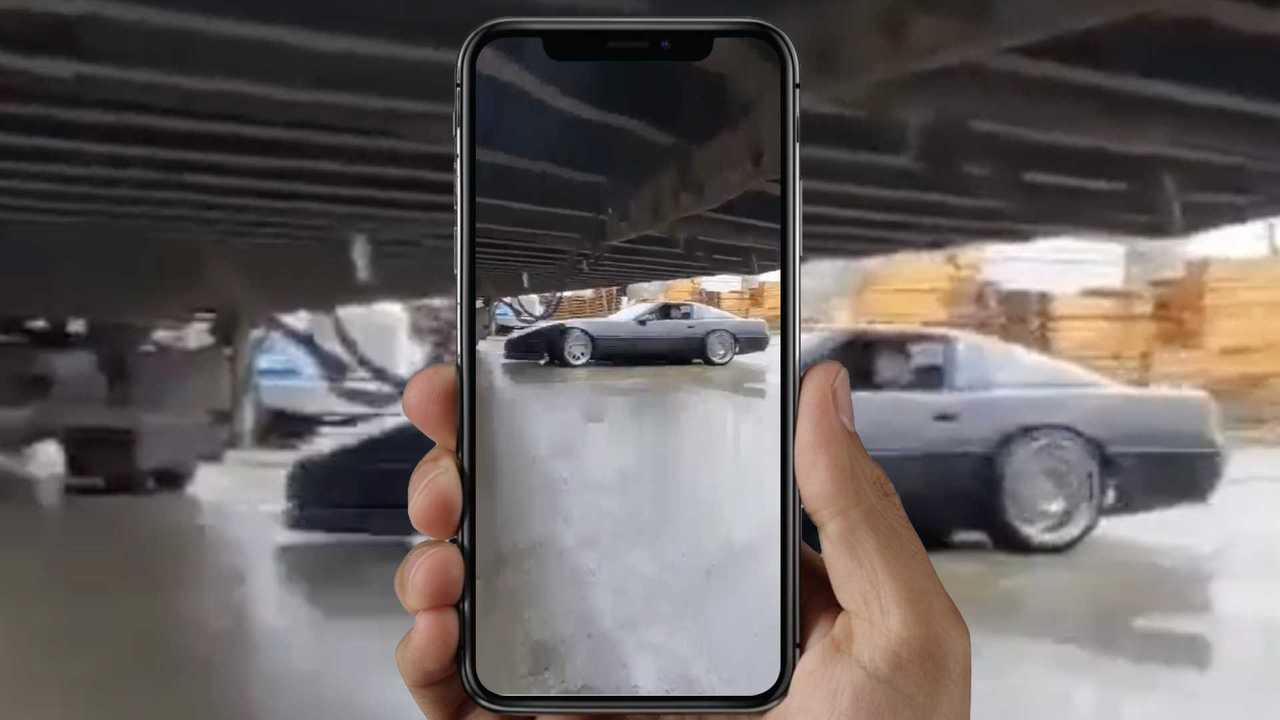 Probably one of the most iconic car chase scenes was the one from the Fast & Furious movie franchise, specifically in The Fast and the Furious, wherein a Honda Civic slips under a semi-truck in order to avoid a construction-blocked lane.

In fact, it was so iconic, Universal Pictures had to re-do the stunt in another iteration of the movie series. In Fast & Furious, Dom had to save Letty from the back of an oil tanker and slide under it using an ‘87 Buick Grand National. It was a heart-pumping scene that ended with the tanker rolling off a cliff. It's pretty neat. Watch.

There are plenty of similar scenes like these in Hollywood no matter how impossible or scary they look. However, this Instagram user wants to probably prove naysayers wrong about doing that stunt in real life. Even better, he’s done it with a Chevy Corvette C4.

Going by the Instagram handle C4drifter, the driver and owner of this gray Corvette is a brave soul. If you’ve watched closely, the clearance from the roof barely existed but the C4 made the slide anyway – we all know what will happen if it had made contact. Insta-roofless C4, anyone?

Now, if you're wondering whether the new Chevy Corvette C8 will be able to do the same stunt, we highly doubt that. The mid-engine Vette is at least 2 inches taller than the C4 – that's enough to cover the tiny bit of clearance that the C4 had in the video above.