2022 Toyota GR86 Base Model In Japan Rides On Steel Wheels

Just how basic is the base Toyota GR86?

Cars such as the Toyota GR86 are sure to fall into the hands of the aftermarket crowd. For the most part, most of the bits attached to it will be chucked out for more extreme modifications. That makes choosing the top of the line model a bit of a waste if the buyer's purpose for the car it so mod it.

So, just like before, Toyota has rolled out an ultra-basic version of their sports coupe. It's called the RC, and, as you can see, this version of the GR86 rides on steel rims. But just how bare is this model? Let's take a closer look at it.

Here's What We Think Of The New Toyota GR86: 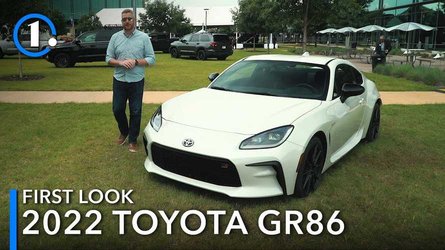 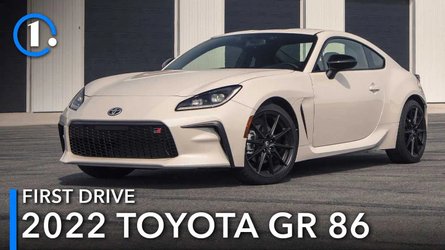 Of course, the reason for the steel rims is because it's (almost) guaranteed that the future owner will swap them out. But the wheels aside, it's nearly impossible to set the RC model from the rest of the line-up. Even the base model comes with Bi-LED headlights and gloss black mirror caps. It can even be ordered with metallic paint should the buyer want to splash out just a little bit.

It's not too bare inside the GR86 RC, either. Granted, there is a blank plate where the audio system is supposed to be, but it's close to the one you'll find to the higher trim levels. However, it doesn't get the leather seats or two-tone theme of the more expensive versions. That said, we doubt the buyers of this model will be bothered by that. There is air-conditioning, though, and it's even automatic climate control.

All in all, it's a base model that's surprisingly well-equipped. Toyota chucked out or replaced the items that will surely be changed by the aftermarket crowd, and kept the creature comforts in. Those expecting a GR86 with wind-up windows will be disappointed, though. Also, it doesn't come seem to come with cruise control, either.

With a base price of 2,799,000 yen (with taxes), the Toyota GR86 RC is about $24,500 at current exchange rates. For comparison basis, the GR86 starts at $27,700, and it's safe to say it's a bit better equipped than the RC. The base model for the US gets 17-inch alloys, a slightly more vibrant interior, an eight-inch touchscreen, and six-speakers.

Still, the the sight of a sports coupe sporting steel rims is slightly amusing. Besides, those smaller and thinner steelies could make for a good winter set, if you're daring enough to drive these in the slush, that is.