No coupe for you.

Sorry, classic Integra fans. We know there were all kinds of Type-R enthusiasts positively drooling over the thought of a modern compact Acura coupe, but it looks like those hopes are dashed. A new teaser video from Acura offers a fleeting glimpse of the new Integra's profile, and if you watch closely as the camera quickly pans out, you'll see a B-pillar separating the front and rear doors.

Or, instead of the video below, you could jump to Acura's special Integra website. You'll now find a high-resolution image of the Integra's top half that shows the B-pillar even better. If that's not enough evidence for you, Acura flat-out tells us the new Integra will be a "premium sport compact with a striking five-door design." At least we're getting a hatchback out of the deal, so that's one victory for the purists.

And thus far, the car does indeed look sleek. The images show a sweeping roof that's low and long, meeting with a subtle lip spoiler above a rear fascia that looks like it also sweeps rearward. Thin, long taillights look clean and modern. In fact, everything we see thus far looks surprisingly clean and devoid of contrasting body lines. Admittedly, we've only seen this topside glimpse and a close-up of a headlight thus far. For all we know, the dark space below the Integra's beltline could be a labyrinth of vents and angles. For what it's worth, we hope that isn't the case. 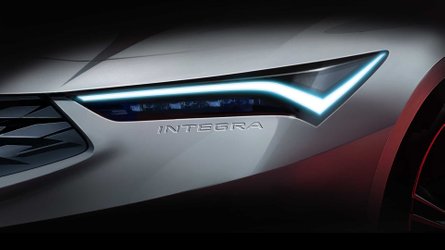 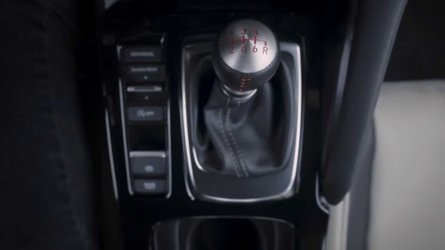 There's little else we know about the reborn 'Teg at this point. Previous teasers suggested a resemblance in front to the current TLX Type S, and this new teaser also offers a shade of TLX with its higher beltline and up-kinked rear quarter glass. We expect it will share underpinnings with the current-generation Honda Civic, meaning modest turbocharged power for the front wheels to handle. At least, to start with anyway. An electrified variant of anything at this point isn't out of the question.

All should be answered in the spring of 2022. That's when Acura says the Integra will be officially revealed.